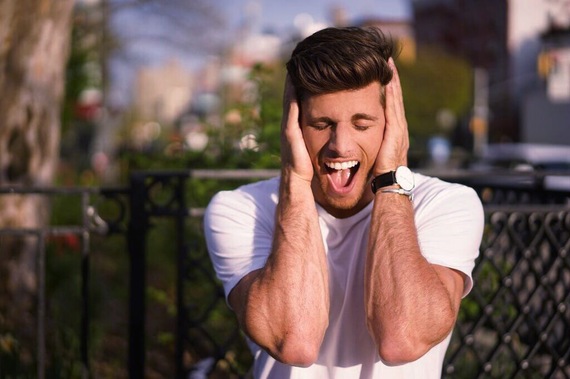 At first thought, the word no is an undesirable term. It is by definition a negative.

However, if we look at the word no in a different context than simply what it stands for, the word no becomes an invaluable life lesson, a driving force, and a simple saying to teach us what it means to be a part of society.

Throughout my life I have been told "no" more times than I can count. To be honest, I've almost always heard no. Sure this word has been disguised in other ways, but ultimately I was being told "no."

"You are too short. You are not smart enough. You are not handsome enough. You do not have enough experience." And on and on it goes. As these short, yet stinging phrases show, no was never technically present in any of these denials, but what I was really being told was "no."

No grew on me in terrible ways for a long time. I rejected myself, my appearance, my brains, my thoughts, my experiences.

I wasn't good enough for anything I wanted to do. I didn't deserve the dreams I had. The only way I was going to have any kind of success was to take on someone else's dreams, and do things the way everyone else said I should. I should change everything about myself, and start building a career in an entirely different field.

To complicate things even more, and make life all the more ironic, I had the hardest time saying the very word I kept hearing, "no."

While I should've been a pro at saying no because of the amount of times I had heard it, no was something that scared the shit out of me to say.

I lacked the confidence to believe in myself, my worth, my talents, and so I became a "yes" person. I did things I didn't want to do. I took on too much. I hung out with people I knew weren't on the same positive path as me.

I didn't value myself, my time, my feelings, and in return those around me didn't either.

Then one day something clicked in me.

No was not something I would allow my life to be defined by, but rather, an obstacle to climb over, give the middle finger too, and move on to the next step on my uphill ascent. No would be a driving factor to why I would one day reach my dreams, have everything I ever wanted, and help others understand along the way.

"No" is something that we must learn to hear, accept, and move on.

No cannot be the reason why we quit, stop trying, or throw away our dreams.

We must learn to use no as a reason to get creative, a driving force to finding a solution, a simple two letter word to help us better understand what is the actual problem standing in the way of hearing, "Yes!"

Furthermore, when you understand that you do deserve everything you dream of, you begin to build confidence within yourself that makes hearing no, seem less of a big deal, and saying it to others even easier.

When you believe you have the right to hear yes, people around you start noticing, and believing it too. Much like love, confidence is something we must have in ourselves before anyone else will have it in us.

Sure, hearing the word yes would be a lot easier, but it wouldn't teach us anything. To make matters of "yes" worse, there will come the day that the word no is finally presented to us, and we would not know how to handle it.

Our emotions would be amplified, understanding how to move forward would be that much more difficult, and we would be thrown back multiple steps because the valuable lessons of no were never learned.

No is scary. No is rejection. No is your fear. No is your chance to challenge yourself. No is a precious factor on your journey to your most exhilarating dreams.

No is yes disguised in an abstract way.

Take the challenge. Do not give up. Keep allowing yourself to hear no, but never accept it as the final answer.

More:
self-lovehealthy livingpositivityself confidenceunderstanding
Newsletter Sign Up
The essential guide to taking care of your mind and body
Subscribe to HuffPost’s wellness email
Successfully Subscribed!
Wellness delivered to your inbox