We know it will happen at some point. The option to make adjustments to our Constitution is part of our civic warranty as U.S. citizens, and we've been doing it for more than two centuries.

Yet whenever someone debating campaign finance reform goes so far as to suggest ratifying a constitutional amendment to reduce the flood of money in our political system, the idea is typically dismissed as nearly impossible -- not even worth considering. But even small slices of American history remind us that long shots do come in -- when enough of us are motivated to crack the whip. Just take a look at the last time the Constitution was amended.

Gregory Watson decided to take his long shot more than thirty years ago. He was just a college student in 1982. Was he interested in politics? Definitely. Did he have any inkling that he was going to have the kind of impact once reserved for the likes of Jefferson and Madison? Not in a million years.

But it only took a decade.

Watson was a sophomore majoring in economics at the University of Texas. While searching for a topic to write about in his class on government, he discovered an unratified constitutional amendment from 1789 regarding congressional compensation. The amendment would have disallowed members of Congress from receiving any pay raise they had voted for themselves -- until after their next election.

Watson argued in his paper that although only six states had originally ratified it, the proposed amendment was a live issue that could still be considered by the states. His professor disagreed, and handed him back his grade on the assignment. It was a C. In an interview for Unlock Congress, Watson described how instead of being deterred, he was spurred on.

"I knew that the amendment was technically still pending before the state legislatures, and I also knew that Congress was still abusing its privilege to establish its own rate of pay. And so when I got the C on my paper from the professor, I decided that I was going to prove her wrong.

"I remembered that in December of 1981, just four months before I had discovered the amendment, Congress had given itself a sneaky, backdoor pay raise in the form of a special tax break. A tax break, I would point out, only applicable to members of Congress, not to any other category of taxpayer. And they hid this tax break in a bill where they thought no one would look for it. The black lung benefits bill. And of course somebody did find it and reported it in the media. It ended up being just another embarrassing incident for Congress where they were caught with their hand in the cookie jar. So that was very fresh in my mind. And now it's March of 1982, and I'm thinking this is something that could put a stop to those kinds of abuses on Capitol Hill." 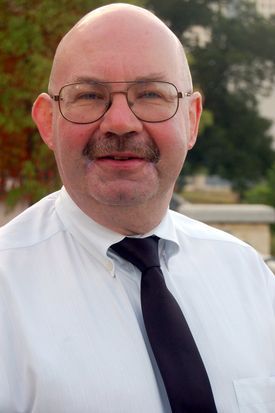 This was no longer just an assignment in a college course for Gregory Watson. He was now pursuing a worthy goal -- and one that he believed was possible. Long before the advent of email, this college student had to put in the hard work of personally reaching out to state legislators across the country -- one by one. He called, he faxed, he wrote, and then he dialed them up again.

"I knew that all I had to do was show this to the state legislatures and convince them that it had no deadline. And therefore, because it had no deadline, it was technically still pending business. And they could still take it up -- even though it was 192 or 193 years later. And sure enough, that's what happened. The very next year I was able to get Maine to approve it. And once I got a state to approve it, the momentum took off. The year after that, 1984, I got Colorado to pass it. It really took off in 1985. Five states passed it. I knew it was just a simple matter of clearly presenting this issue to the state legislatures, and that they would act appropriately. And they did."

In 1992, 10 years after turning in that class paper, Michigan became the thirty-eighth and pivotal state to ratify what would become the 27th Amendment to the U.S. Constitution:

No law, varying the compensation for the services of the Senators and Representatives, shall take effect, until an election of Representatives shall have intervened.

Gregory Watson is still involved. He works as a Republican policy aide in the Texas State Legislature. And he highly recommends political participation, in whatever form one chooses.

Of course, a big part of monitoring our leaders -- and holding them accountable -- has to do with the rules in our system. It makes perfect sense that the original author of the proposed rule that became the 27th amendment, James Madison, is the very same founder whom we recall writing in Federalist 57:

The aim of every political constitution is, or ought to be, first to obtain for rulers men who possess most wisdom to discern, and most virtue to pursue, the common good of the society; and in the next place, to take the most effectual precautions for keeping them virtuous whilst they continue to hold their public trust.

But the rules today that allow a river of dollars to flow through our system do not encourage virtue -- they promote corruption.

Looking back, Watson notes that achieving meaningful changes to the rules takes time. The keys, he says, are patience, tenacity, and dedication. He remembers what fueled him in the beginning, as well as each step of the way as he progressed toward his and our victory.

"It was passion from day one. And to be very candid and honest with you, even if the professor had given me an A, I still would have gone for it anyway, because I believe in trying to get things accomplished. Even if she'd given me an A, I'd have still gone and tried to get the amendment ratified. It was just a question of when."

Is passing a constitutional amendment that would permit Congress to regulate campaign contributions just a "question of when?" Are we ready to follow the lead of a group like Mayday or Democratic presidential candidate Lawrence Lessig who are making it their singular priority to reform the money flood in order to restore our representative democracy?

Perhaps we are finally nearing that inflection point. A CBS/New York Times poll published in June revealed that 84 percent of Americans believe money has too much influence in campaigns. 85 percent of respondents said they favored either "fundamental changes" or "completely rebuilding" the way we fund political campaigns.

Other candidates on the Democratic side of the presidential primary race are
listening -- and responding. Bernie Sanders and Hillary Clinton have both voiced their support for empowering Congress to override the Supreme Court and impose campaign spending limits. Proposals for such an amendment have been introduced several times in Congress, with co-sponsors from each side of the aisle, but never earning the broader level of support necessary to succeed. This effort will require more pressure.

Gregory Watson proved the power of what one man can do. Imagine the power of a huge cross-section -- millions of Americans -- coming together to make this priority a reality. To push our leaders to pass a measure that's waiting to be passed. To unrig this rigged game and ensure equal participation in our republican form of government. It's not a long shot anymore. It may take a while longer, or it may be just around the corner. A lot of that depends on us. We the people.