I applaud this week's historic release of Medicare payment and utilization information from CMS. It reminds me of a smaller, but similar, "big data" victory from my municipal past.

When I was first elected mayor of Baltimore, one of the first things we learned was that city taxpayers were spending an enormous amount of money on overtime for some city workers, while the municipal workforce in general suffered from an abnormally high absenteeism rate.

We had instituted CitiStat, a program that involved data collection, analysis, effective tactics, and routine follow-up, so we had a way to attack this problem. 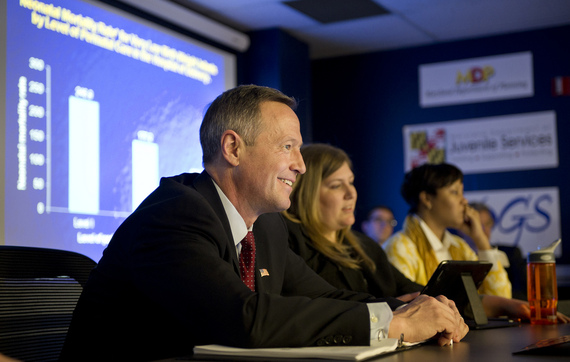 One of the first things we did, just as CMS has done, was to put the names and the earnings on a big screen available to all and ask our managers simple questions. Why is this person earning over 100 percent of his salary in overtime? Why is that unit consistently showing such a high level of absenteeism?

It wasn't easy at the beginning, and some complained about the intrusive nature of making someone's name and earnings available for all to see. But it quickly started a very healthy and robust discussion about the reasons for the answers to those questions. And ultimately, we began to see significant reductions of OT expense and a significant increase in the number of employees available for work each day.

I think CMS and American taxpayers are going to see the same sort of results from the CMS big data release - in this case, better care at less cost.

Seven years ago we brought that data-driven management functionality to state government. First we implemented StateStat. At the same time, we announced our intentions by establishing a Delivery Unit focused on sixteen strategic goals. And we created an open data portal making sure that the public could access the same data as we did.

One of our strategic goals was to reduce infant mortality by 10 percent by 2012. Many people advised against making that commitment public -- we might be criticized if we fell short of our stated mark. But we chose to be ambitious, transparent, and accountable. We used data to identify accurately where the need for improved resources to combat infant mortality was, and we swiftly put our resources there. We drove down infant mortality by 21 percent -- exceeding our goal. And that 21 percent represented 164 newborn lives saved in 2012 alone. 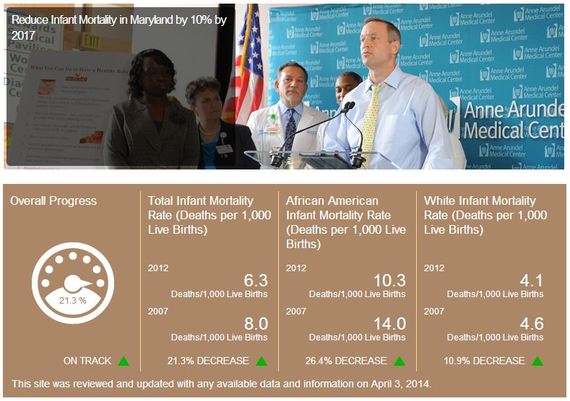 The open data portal goes a step further. We've taken hundreds of datasets -- on everything from traffic counts to sewer overflows to vendor payments -- and put them online. Now the public can chart, graph, and map data on their own government. They can perform their own analysis, or adapt our tools to their own reporting needs by developing their own apps that draw from that same data. At the end of each day, more citizens are better able to hold their state government accountable for results.

In health care we have learned that, after democratizing the data in thoughtful way to safeguard patient privacy, we can achieve important results. Sharing the data creates transparency. Building our own powerful tools to connect reporting among data sources we brought innovation to a cutting-edge health data infrastructure.

Starting in 2009, we brought hospitals, doctors and consumers together to build a health information exchange (CRISP) that was the first in the nation to connect all hospitals with real-time information on patient hospitalizations.

What that means is that hospitals are easily and securely able to see a patient's information, regardless of where in Maryland that patient was treated in the past.

Putting aside competitive interests for a new kind of collaboration, Maryland pioneered a real-time encounter notification service to alert primary care doctors when their patients are hospitalized. Better yet, providers can analyze this data to understand where their "frequent fliers" are -- people with treatable conditions like asthma who still end up hospitalized, at great expense, multiple times a year. By better understanding these patients' needs, we can provide better preventive care and reduce the burden on our emergency rooms. It's an inventive approach now being adopted by other states across the nation. We also hope this data will help us achieve one of our other goals: reducing preventable hospitalizations by 10 percent by the end of 2015. 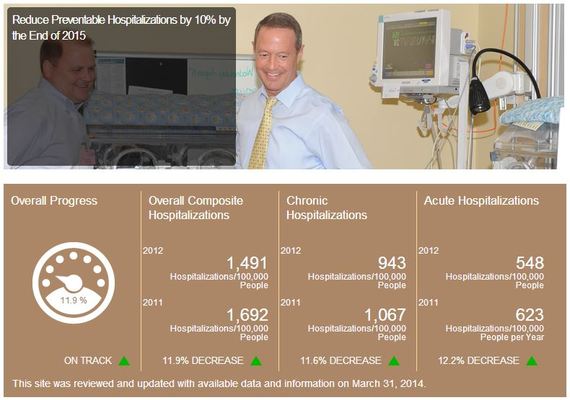 The questions we might be able to ask and answer with the release of the Medicare data are numerous, and significant. Why do some doctors perform a procedure less frequently than others? Why do others always prescribe a brand-name drug when a less-costly, as-effective generic drug is available? Who is most likely to perform surgery for back pain, and who is most likely to recommend physical therapy?

The answers to these questions are in the data. Efficiently finding these answers, and sharing them with the public, is the way that government should work. People's trust in their public institutions depends on their government getting results. Analysis of this "big data" is our next opportunity in the evolution towards a democracy that is less ideological, and more entrepreneurial, collaborative, interactive, and performance-driven -- government that is about results.