Ever been motivated by a thought that changed your life? Publishing executive Eric Zimmerman was, and he launched a life of innovation as a result.

A few years ago, Zimmerman was listening to an architect's passionate speech about the importance of green construction and why he followed this path: one day, the speaker said, he would have to explain to his children when they asked why his generation knew about the environmental perils of extravagant resource consumption and had not done enough to reverse that. The thought hit a deep chord with Zimmerman that altered the course of his life.

Before long, he was guiding the Massachusetts book publishing company where he was a VP to an environmentally responsible manufacturing strategy. There, he launched the Green Edition labeling program--the industry's most rigorous standard for sustainable publishing. The program moved the company's book manufacturing back home from China and brought large-scale use of postconsumer recycled papers to the book business. It was another win for sustainability--keeping paper out of landfills reduces levels of methane, a greenhouse gas that's a 20 times more potent contributor to climate change than carbon dioxide.

As he started learning more about the environment, he realized the lion's share of his carbon footprint came from travel. He discovered that global air travel produces 4 percent of all climate-warming greenhouse gas emissions. He started thinking more about carbon offsets as an effective way to address climate change at the consumer level. Then in February 2014, he launched TripZero, a travel site that offsets the carbon footprint of an entire trip at no cost to the traveler.

Arie: I'm all about the realization of what's possible. Tell me a bit more about how you realized what more was possible.

Zimmerman: As I got to understand how these carbon projects worked, I fell in love with them. When customers start to use the system, they love the story, for example, of the forestry projects in Kenya where they're protecting huge forests by teaching people to farm the forest and see it as a resource. Customers love that they can be part of that story.

Arie: Was there any fear, any doubt when you launched TripZero?

Zimmerman: There are always those things. You've started a couple of companies, so you know. Things sometimes work and sometimes don't work. In my experience, you need to set that stuff aside and get out there and do it. Is it scary to start a business? Yes. There's risk involved, but it's best not to lose sleep over it.

Arie: How do you not lose sleep?

Zimmerman: One of the things is making mistakes while you build a business and seeing what that's like. The reality of failing and your perception of it can be two radically different things. My perception of what failure would be like was really terrible and frightening and awful, and what failure was actually like was really not that bad at all.

In fact, arguably one of the best learning experiences in my life was failure along the way and seeing what's on the other side of it. You may realize it was still absolutely worth doing and actually a joyous time. The things I learned in the process of something not working became incredibly useful tools to me in what I did next, and there's always a next.

Failure is not a permanent state. It's a thing that has been part of your life, but it doesn't define you. It's just something that happened. You persist. The fear of failure is way worse than failure itself, by a million miles.

Go try something. Don't seek all the approvals in the world. If you want some advice, there are plenty of folks who can give you some. But at the end of the day, go do it because we need to try more things so we can figure out what will work. It's valuable to enter the world with that thought process in mind.

Try something quickly. Fail a little bit, learn from it, adjust, try again.

Arie: What if I fail and I can't recover. What if I can't pick myself up? What if I use all of my resources, and there are no more. It may always seem worse than it actually is, but how do I answer that question so I can get started and not be afraid of making mistakes?

Zimmerman: Start small, and begin the critical work that you need to do while you're still in whatever place makes you feel secure. It may be you're still working somewhere else, but on the weekends, you're working on the business model that you're passionate about. Rather than betting the whole ranch, rather than betting your 401(k) and your house, find a way to start smaller so that initial failures aren't catastrophic. They can be great learning experiences.

Arie: We are very proud that B Corps recognized Vista Caballo as a 2015 Best for the Environment honoree. So I want to say thank you for creating companies that value the planet. Is there something that can help us spread awareness that our personal choices and impacts really do make an immediate difference?

Zimmerman: Book the next family vacation where you need a hotel through TripZero. Share what you're doing with your teenage kids, and see what their reaction is.

Lisa Arie is the founder of Vista Caballo, an elite executive learning center in southwestern Colorado for a new breed of leaders. Her StillPoint online self-discovery tool helps identify and develop character traits like persistence. It's an empowering path to unleashing the smartest ideas and solving the greatest challenges.
Go to https://my.vistacaballo.com/stillpoint for more information.
Contact Lisa personally at lisa@vistacaballo.com.

Innovation Leadership Environment Sustainability B Corps
This Blogger's Books and Other Items from... 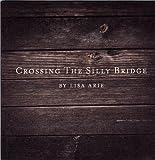