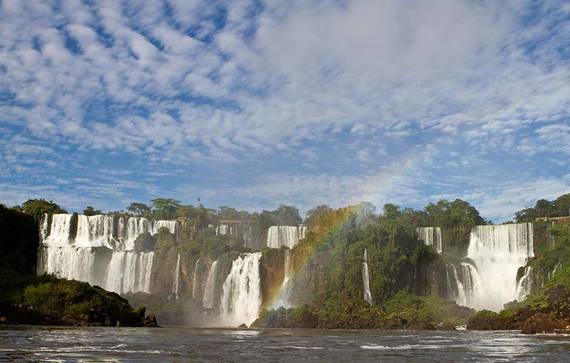 At the World Hydropower Congress in Beijing, the Nature Conservancy just published a report entitled "The Power of Rivers." The report analyzes how dam construction can be optimized so that power generation can be increased with the lowest possible environmental impacts. It offers an innovative approach to planning dams but needs to become more vocal on the rights of local communities to defend their rivers.

The Nature Conservancy is the largest environmental nonprofit in the Americas. It has deep scientific expertise and a strong freshwater program. For many years, International Rivers and TNC have engaged in a friendly information exchange and have occasionally taken conflicting approaches to river protection and dam construction.

A recent academic study found that no less than 3,700 hydropower projects are currently under construction or in the pipeline. According to TNC these projects would impact 300,000 kilometers of free-flowing rivers -- about one seventh of the world's remaining unaffected river length. The impacts would disproportionally fall on rivers with highly diverse ecosystems, including the Amazon, the Mekong and Colombia's Magdalena River.

The new TNC report starts from the assumption that through the smart siting, design and operation of dams, the same amount of hydropower capacity can be created as with a business-as-usual approach but with lower environmental impacts. TNC calls this approach "hydropower by design." "The Power of Rivers" tests this hypothesis by modeling different scenarios of hydropower development in three river basins in Brazil, Colombia, and Mexico.

The Tapajós River in central Brazil is one of the largest tributaries to the Amazon. Its basin is home to 10 major indigenous peoples and is very rich in biodiversity. According to TNC, the river contains 324 known fish species, 65 of which are not found anywhere else. The Tapajós basin is slated for massive hydropower development, with at least four dams under construction and 39 large dams (plus numerous smaller dams) in a basin inventory. The government is resorting to illegal means to promote the dams, and indigenous peoples and other local populations are strongly opposed to them.

Assuming that about two thirds of the basin's full hydropower potential will eventually be exploited, TNC developed 27 different models for how this potential could be achieved. It identified a scenario with 14 dams that, compared with a business-as-usual approach, would save 2,000 kilometers of river from being fragmented. The optimum scenario has an additional cost of only 4 percent.

The TNC report extrapolates the findings of its three case studies (including on the Tapajós) to the global level. It estimates that through smart dam siting, design and operations -- "hydropower by design" -- approximately 100,000 kilometers of river length could be saved from fragmentation (compared with a business-as-usual approach) by 2050. The TNC approach would achieve the same level of hydropower development as the business-as-usual approach, at an additional cost of about 15 percent.

The new report provides much food for thought, and the TNC freshwater team deserves respect for its innovative approach. Yet the report suffers from two major shortcomings. Its approach is based on the assumption that hydropower development can be balanced with environmental protection. Yet the report does not assess whether river systems can in fact cope with the level of dam building its scenarios entail, or whether less impactful energy sources need to be prioritized in order to prevent ecological collapse.

Secondly, the new report does not question the role of governments and investors in deciding on dam construction without the participation of affected communities. Such decisions have vast impacts on affected populations. The optimized scenario which TNC identified for the Tapajós River in Brazil for example would affect 140 square kilometers of indigenous land -- significantly more than some of the other scenarios. It would flood dozens of indigenous villages and cause forced relocations of the Munduruku and other tribes, all of which is illegal under the Brazilian Constitution. Shouldn't the people whose lives will be affected have a say in the development of river basin scenarios? Shouldn't such scenarios respect indigenous peoples' right to free, prior informed consent and other territorial rights?

The TNC report supports the "broad inclusion of stakeholders" in decisions on energy development, but its own scenarios do not reflect this. The authors consulted numerous dam builders, World Bank officials and other experts on the production of the new report, but they did not consult affected communities and local NGOs on the case studies and river basin scenarios they prepared.

Sustainable water and energy development requires public participation in decision making just as much as money and technical expertise. TNC makes a strong case that smart planning needs to address the systems level rather than just individual dams. As the organization moves forward, it now needs to expand its approach and give the rights of affected communities the place they deserve.