In the election season hoopla, we can sometimes lose sight of why we care. It's good that we have music to remind us. On the new CD Celebrating the American Spirit, which debuts this week (October 23), Judith Clurman conducts her choir, Essential Voices USA (EVUSA), with soloists Kelli O'Hara (currently in Broadway's Nice Work if You Can Get It) and Ron Raines (recently of the Broadway revival of Follies) in a stunning journey through Americana, from new interpretations of familiar patriotic tunes to settings of lines from presidential speeches.

The CD was more than a decade in the making. In 2001, Clurman conducted the Juilliard Choral Union at a 9/11 memorial concert in a New York City firehouse. "We stood together singing 'America the Beautiful' with the firemen," Clurman said in an phone interview. "It was a pivotal moment in my life. I felt that I understood the power of ensemble singing. I knew at that moment that I had to make a recording of Americana."

Clurman didn't stop thinking about the idea. For a concert at the Library of Congress a few years later, Clurman commissioned short songs, roughly one minute long, set to a line of text of Presidential speeches -- what would become the basis of the CD's 16-song centerpiece "Sing Out Mr. President." After NPR broadcast EVUSA's recordings in 2011, Clurman knew it was time to make the Americana recording. 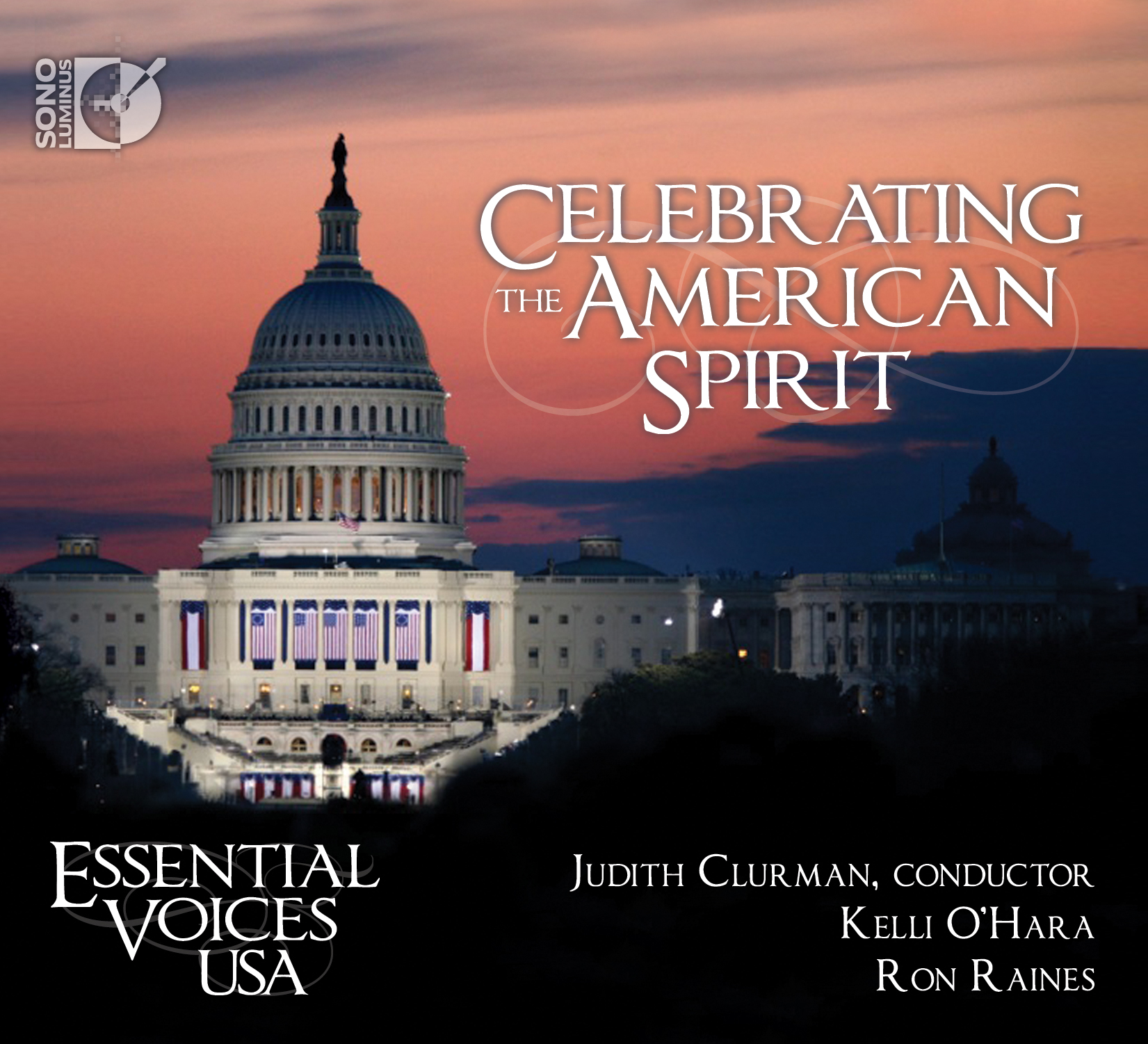 In the downloading age, it's difficult to get an old-fashioned CD produced, but Clurman persevered, and the Sono Luminus label put together a gorgeous CD and package with producer David Frost, recording and mixing engineer Tom Lazarus, and arranger and orchestrator Larry Hochman (also one of the composers). The booklet contains 15 pages of detailed liner notes by Harvard University Professor of Music Carol J. Oja and pictures of the recording session by Steve J. Sherman.

The members of EVUSA do exquisite work on the often complex pieces, and O'Hara and Raines imbue their selections with brilliant phrasing and nuance.

O'Hara, who has worked with Clurman for many years, jumped at the chance to work on the project, as she believes CDs are a way to leave a musical legacy. "CDs are there for the generations ahead," she said in a recent phone interview. "I make albums for the memory, to pass down to family."

O'Hara recorded the Leonard Bernstein and Alan Jay Lerner song "Take Care of This House" from the musical 1600 Pennsylvania Avenue and "God Bless America," the latter of which she has sung at many concerts. "I was happy I finally got the chance to record it," she said. "The experience of singing 'God Bless America' in different places in front of so many people means I have such memories of it now. ... The recording reminds me of these moments." 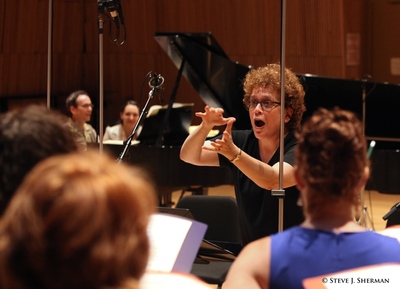 Clurman spent years thinking about repertoire, and it shows in the seamless flow of a wide variety of music from composers ranging in age from 19 to 85, including Jake Heggie, Jason Robert Brown, Milton Babbitt, and Pulitzer Prize in Music winners Paul Moravec and Jennifer Higdon. The great Fiddler on the Roof lyricist Sheldon Harnick even wrote a new lyric (set by Hochman).

Composer Georgia Stitt wrote "With Hope and Virtue," the text of which was taken from Obama's inaugural address in 2009. "I was thrilled to be given the Obama text," Stitt wrote in an email. "When your spirit responds to the sentiment behind that text... you can tell that this experience has the potential to be something very special."

Andrew Lippa, a choral and musical theater composer whose musicals include Broadway's The Addams Family, set Woodrow Wilson's line "I believe in democracy because it releases the energy of every human being." Lippa believes the CD will be a great teaching tool for high school choirs, as they learn not only the music but the words of the presidents. "Every generation of Americans needs to know their American past if they are to continue our American future," he wrote in an email. "What better way to share American legends and American wisdom than through music?"

Clurman also hopes the CD will be an educational tool. "I hope music educators will get excited and teach this music to their students. Perhaps this recording can inspire music and history teachers to work together in a classroom." G. Schirmer, Inc. is publishing the sheet music for choral directors.

Ultimately, Clurman considers the CD a thank you gift to America. She also wants the recording to come full circle. "I intend to deliver a copy of this CD to the firehouse where I conducted 'America The Beautiful' back in 2001. I hope it can bring those firefighters some comfort."