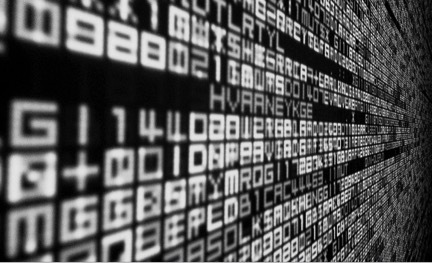 "I can't feed my baby daughter data, as much as I'd love to because I love data. It's only useful if you apply it to create an actual public benefit," (Todd Park).

As Todd Park, U.S. technology advisor in Silicon Valley and former Chief Technology Officer noted, data derives value from its application and uses. Within the context of public policy, this lesson raises several questions about how best to use the vast amount of data contained by public, private, and non-profit sectors to improve governance.

Sophisticated digital platforms that leverage "small" pieces of information or the data contained within citizens and their localities can strengthen the quality of democracy. Taken together, the following examples illustrate the ability to combine the right data to forge 21st century digital public infrastructure.

Until fairly recently it was not uncommon for new members of a community to bake muffins or a pie to introduce themselves to their new neighbors. Today, people have more robust digital social networks and are less likely to engage in these types of activities. Some organizations are attempting to translate these activities to the online world. Front Porch Forum a startup in Burlington, Vermont is trying to make a safe space for neighbors to discuss the nuts and bolts of their community. People must identify their full names and streets -- helping build networks of trust. Neighbors post and discuss issues related to their communities. The platform serves as a source of information -- ever critical with declining local papers and coverage. The ultimate goal is to get people out of the house by creating a feedback loop inspiring in-person activity.

In Burlington there are more than 15,000 users (out of 16,000 households) with some households having more than one account, as discussed on TechPresident. Front Porch is expanding to other cities. These types of platforms have the ability to use local data to create stronger, more resilient communities. Citizens provide and receive data from their neighbors, which, in turn, can improve the overall quality of life.

In the course of a normal day people observe numerous data points. We see traffic accidents or a band playing in a park. The human sized data points could provide valuable information to government. See Click Fix is one promising platform that does just that. Citizens can report non-emergency issues in their locality online or through mobile devices and discover what's going on in their community.

I have written before about the importance of government working in tandem with these platforms. Governments are starting to use this information to directly incorporate it into 311 non-emergency service systems. Washington, D.C. for example is integrating open data from 311 with See Click Fix. Cities receive information to track activity and complaint resolutions. This empowers people and government as collaborative problem solvers. Media outlets are also starting to use this data as a reliable and accurate source of information. Citizens can fuel data for improved governance while enhancing transparency and accountability in service delivery.

A new type of "conversation"

Data and discourse are not often used in the same sentence, but perhaps they should be.

Deliberative discourse is a valuable and often difficult pursuit. Gathering large groups of citizens to discuss complex topics, raise questions and concerns, and reach consensus is a nuanced process. Online tools have only made manifest the challenges of this approach by the seemingly limited suite of effective digital tools. However, online platforms such as Loomio are proving that people can provide data and have meaningful deliberation and census building online. Loomio is especially powerful because it is an open, highly customizable platform. Organizations can create private groups for sensitive matters -- such as Spain's Podemos movement. Though still in beta, it has been used in seventy-four countries in twenty-five languages. Importantly, Loomio moves beyond simple transactional communications. It creates a genuine space for deliberation and consensus building. This model suggests that citizens could leverage data for improved social outcomes.

These examples suggest that conversations about data in the public sector can extend beyond the more widely discussed topic of big data. Human sized "small" data can also create value in the public sector. By design, this information can help for bonds that bind neighbors and communities.