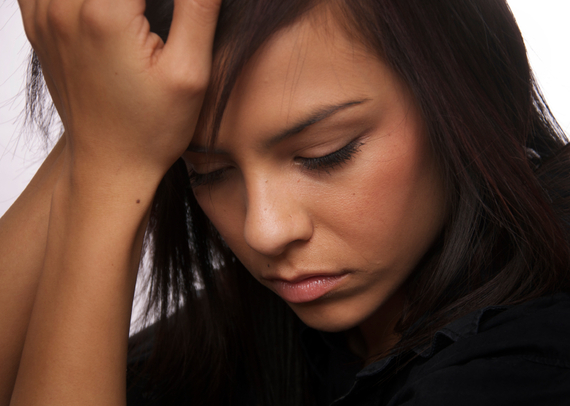 Social media did not exist when I was 26. But social work did. As the Golden Boy of an upper middle class Jewish family from New York, social work was not on my radar screen. The pay wasn't good enough. The status wasn't high enough. And the hours weren't short enough. So when my neighbor, a University of Virginia Medical Center pediatrician, invited me to become the social worker for a new, federally-funded "early childhood intervention program" I was only half listening. Yes, I was social and yes, I knew how to work, but counseling parents of multi-handicapped infants did not seem like a talent I possessed.

My neighbor, the pediatrician, saw it differently.

"We have a mentor already picked out for you," she explained. "And besides, we don't want professional social workers. We want people who can learn on the job, so we can roll this program out across the country."

The case she made was compelling -- for me to be part of a team of health care professionals who would provide services to families into whom a handicapped child had been born. The goal was to do everything possible to keep the families together -- a challenge that, historically, had been difficult to do, given all of the dysfunctional behaviors that manifest when a handicapped child enters the family system.

My job? To be the first person, from our team, on the scene whenever a physically handicapped child was born at the University of Virginia Medical Center or identified, a few months later, to be showing the signs of developmental delay. The protocol was a simple one. I would get a phone call from the hospital, drop everything I was doing, and meet with the doctors and parents. The doctors would be glad to see me because it meant they wouldn't have to deal with all those untidy emotional issues. The parents would not glad to see me because my appearance confirmed the fact that something was wrong with their child.

For two years, that's what I did. I learned a lot and felt a lot. But the one thing that stands out in my mind, some 41 years later, has nothing to do with facilitating parent groups, making home visits, or navigating the bureaucracy of a flawed medical system. It has to do with a young, single mother and the power of tears.

Lorraine Thompson was 17 when I first met her in a fluorescently lit waiting room. Her son, Michael, was three months old. Neither of them was in good shape. Lorraine was overwhelmed, highly stressed, and barely said a word. Michael was twitching, kicking, and drooling, having been diagnosed with cerebral palsy just days before.

Seeing how much pain this young woman was in, my instinct was to comfort her, to be a safe haven from all the suffering in her life. And so, for the first few months of my counseling sessions with her, that's what I tried to do -- bring her tea, listen, and remind her of all the many resources available to her. After each session, I wrote up my notes and carefully tracked whatever progress she had been made since her last visit.

Progress was being made. Lorraine's mood seemed to improve. My social work mentor saw it differently, however. To her, the progress being made wasn't progress at all, but my own unconscious strategy to protect myself and Lorraine from what really needed to happen. My good intentions were getting in the way. What needed to happen, my mentor explained, was for me to stop being so damn benevolent and let Lorraine Thompson, the 17-year old, semi-catatonic, single mother of a severely handicapped son fall apart. She had to, as my mentor explained, "fall to the place she could fall no further from".

At first, I balked at this suggestion. Hey, I was the only person in the world this woman was receiving any solace from and now I was being asked to withdraw it? It made no sense. But after listening to my mentor wax on about "the healing process", my task became clear. The next time I met with Lorraine, I would let her fall apart.

Three weeks passed. Lorraine and her son, as they had been accustomed to doing for months, met me in the parents lounge. We began as we usually did, me asking Lorraine about her week. After a few minutes of chit chat, she started talking about the tough stuff -- the lack of support from her mother and her son's constant gagging on food. But instead of responding with a hand on the shoulder or light-hearted diversion, I said nothing. I just sat there, silent, looking at her, no good news issuing forth from me.

Lorraine held my gaze for about 10 seconds, then started crying. The crying turned to sobbing and the sobbing turned into something I have no name for. I continued sitting there in silence, remembering the sage counsel of my mentor. "Let her fall to the place she can fall no further from."

It took a while, but it happened. Lorraine cried all her tears. When she was done, I reached out and held her hand. At first she wouldn't look at me. Then she did. There was a great deal of relief in her eyes.

SO WHAT? I wonder how much time, in my life, I've spent propping other people up when all that was needed was simply holding the space for them to let go. In the name of benevolence, compassion, and humanity, I've performed any number of seemingly heartfelt moves designed to relieve the suffering of others. And while all of it has been well-intentioned, there have been many times where the highest expression of wisdom would have been to do nothing other than "hold the space" -- a space where no props and pep talks were needed -- a space where healing could begin.

NOW WHAT? Is there a Lorraine Thompson in your life -- someone going through a hard time you've been propping up with your good intentions? Who is this person? Are you willing, the next time you meet with him or her, to stop trying to save them from their pain and simply let them feel what there is to feel?

Mitch Ditkoff is the Co-Founder and President of Idea Champions, an innovation consulting and training company headquartered in Woodstock, NY. He is also the author of the newly published STORYTELLING AT WORK: How Moments of Truth on the Job Reveal the Real Business of Life and a popular keynote speaker on storytelling and innovation