Who says you have to keep your hands to yourself? When Diana Spechler steps out of her comfort zone, she discovers that a little extra physical contact can go a long way.

Recently, on a crowded bus, I found myself pressed up so close to a stranger, our knees brushed. With little effort, we could have kissed. The air in the bus was humid, traffic was nauseatingly stop-and-go, and a woman near me was belting out "Don't go chasing waterfalls" at the top of her lungs. Off-key. It was a nightmare.

There was the feeling of that man's legs against mine, so oddly comforting that I experienced a profound urge to rest my forehead on his chest. I wasn't attracted to him, but after my harried day I sure needed someone to lean on.

My loving boyfriend runs off early in the morning to work long hours as a radio reporter, while I write from home during the day and teach adult education classes two nights a week. That kind of schedule usually left us with very little time to be near each other long enough to get in more than a passing hug. And I was hardly getting much physical contact with people in other areas of my life. I might hug and kiss a friend hello, but rarely would I sit so close that our arms touched or cram into the same side of the booth at a restaurant. And I routinely used the purse-as-shield trick in crowded public spaces. That's why the encounter on the bus caught me by surprise. Things have to be pretty bad if you're on the verge of nuzzling an unsuspecting commuter, right?

It was then that my journalistic curiosity kicked in -- I wanted to find out if it was actually possible to be "touch deprived." My research led me to psychologist Matthew Hertenstein, PhD, director of the Touch and Emotion Lab at DePauw University. According to Hertenstein, touch deprivation is a real thing. "Most of us, whatever our relationship status, need more human contact than we're getting," says Hertenstein. "Compared with other cultures, we live in a touch-phobic society that's made affection with anyone but loved ones taboo." (Behavioral scientists have found that about two to four feet is the accepted amount of personal space most Americans need to feel comfortable; in Latin America and the Middle East that distance can shrink to less than a foot or two.)

Yet research shows that physical affection has measurable health benefits. "Stimulating touch receptors under the skin can lower blood pressure and cortisol levels, effectively reducing stress," Hertenstein says. One study from the University of North Carolina found that women who hugged their spouse or partner frequently (even for just 20 seconds) had lower blood pressure, possibly because a warm embrace increases oxytocin levels in the brain. Over time, lower blood pressure may decrease a person's risk for heart disease.

I knew how good it felt to get a reassuring hug or squeeze, but I'd never given much thought to how my body interpreted the sensation. "A hug, pat on the back, and even a friendly handshake are processed by the reward center in the central nervous system, which is why they can have a powerful impact on the human psyche, making us feel happiness and joy," explains neurologist Shekar Raman, MD, based in Richmond, Virginia. "And it doesn't matter if you're the toucher or touchee. The more you connect with others -- on even the smallest physical level -- the happier you'll be."

With this advice in mind, I decided that for one week, I'd make it my goal to touch someone every day -- in a noncreepy way -- to see what I was missing. The most logical place to start was at home with my boyfriend. As Hertenstein told me, when it comes to touch, awareness is key; if I was distracted, I'd be less likely to reap the stress-reducing rewards. So before my boyfriend left for an overnight trip, I concentrated on how we held each other close as we said goodbye. I tightened my grasp around his waist, closed my eyes, breathed deeply, and focused on the feel of his shirt buttons against my cheek and his hand cupping the back of my head. Those few moments made me feel closer to him all day, as if we'd filled up on a hearty embrace, rather than snacked on a light hug.

In public, however, things were trickier. While Hertenstein had assured me that opportunities present themselves frequently, I had a tough time discerning when it felt right to reach out. But I got my chance on day two, when I accidently stepped on the back of a woman's shoe in line at the grocery store and she whirled around to give me a dirty look.

"I'm so sorry," I said, pausing to squeeze her wrist to drive home my sincerity. Her expression softened as she said, "No problem." It was a small gesture -- and not nearly as awkward as I had imagined.

No one wants to be stepped on, of course, but a warm touch, even if the other person isn't prepared for it, can create an instant attitude makeover, says neuroscientist Michele Noonan, PhD. "Touching someone while apologizing helps build a connection," she explains. "The sensation triggers the brain region called the insula, which is involved in emotional processing, and can help ease a person's irritation in the moment."

That night, when an old friend came over for dinner, I felt dissatisfied by our perfunctory hug hello. It seemed a shame that in light of my recent experiences, I greeted her with a squeeze that felt as if we were merely fulfilling a rote social obligation.

"I need another one," I blurted out. My friend laughed nervously -- she's one of the least demonstrative people I know -- but she opened her arms so we could embrace a few seconds longer. When we separated, she said, "You know what? I needed that." The hug seemed to unleash her: Suddenly she was tearing up, telling me about how the man she'd been seeing had become distant -- not calling, canceling dates. When she'd arrived at my apartment, her face hadn't betrayed that anything was wrong, but that extra physical connection allowed her to feel safe enough to let it all out. Such a simple action, I realized, had conveyed deep meaning.

By the end of the week, I was touching friends, strangers, and coworkers more naturally, and all the contact was making me smile. There were no grand bear hugs or extended periods of hand-holding -- but every touch felt like a little gift to the other person and to me. In fact, on the last day of the experiment, not wanting to be selfish, I asked my boyfriend for a massage. For his sake, of course.

Diana Spechler is a novelist and freelance writer in New York City. Her work has appeared in The New York Times and GQ.

The Power Of Touch: How Physical Contact Can Improve Your Health
Health Benefits Of Kissing 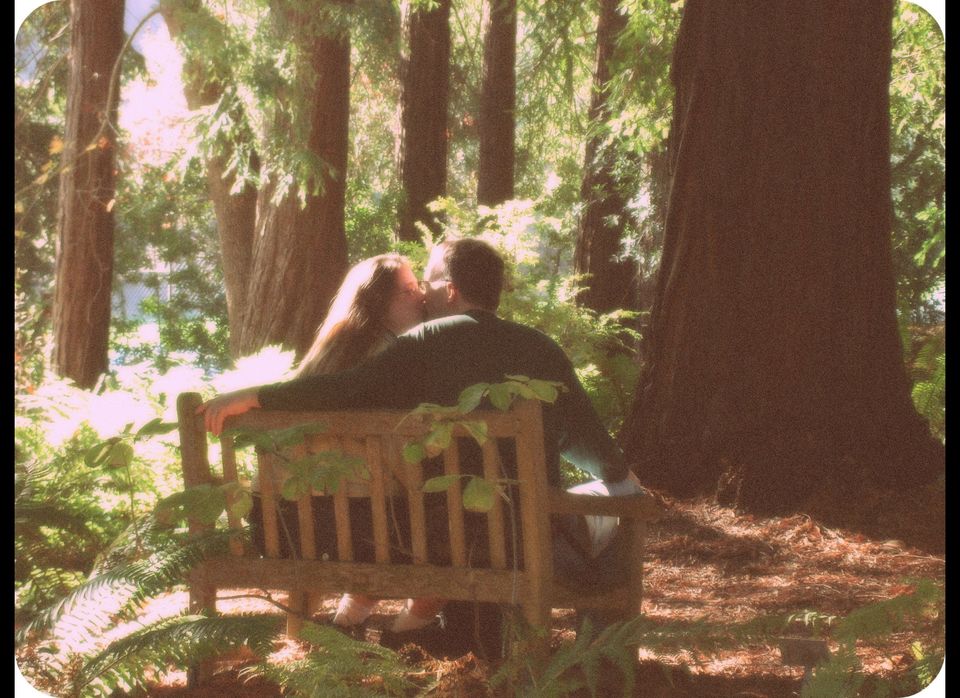