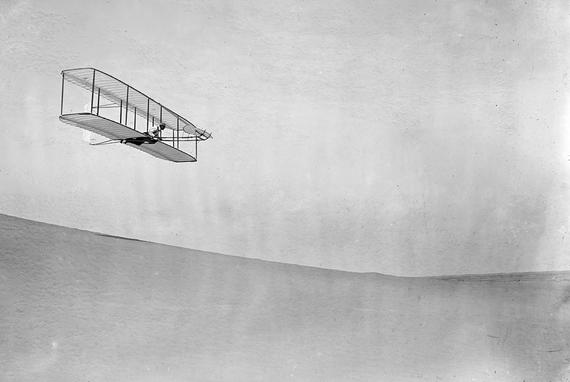 And the naysayers nayed...

First a Tesla crashes, tragically killing its occupant/owner/"driver" while it was on autopilot

The Falcon 9 rocket exploded early on September 1, during a static flight test on its launch pad in Cape Canaveral. The rocket was preparing to launch the Amos-6, an Israeli communications satellite, but both rocket and satellite were destroyed in the explosion.

An expensive setback, for some, and the pundits were quick to jump on the feasibility-of-it-all bandwagon:

According to The Wall Street Journal, Elon Musk's SpaceX rocket explosion puts NASA in a bind:

The explosion of a Space Exploration Technologies Corp. rocket during ground tests last week has added urgency to a key question for NASA: When will U.S. spacecraft be ready once again to carry astronauts into orbit?...

NASA expressed confidence that its commercial partners could transport its crews. But the agency said it was too soon to know whether spacecraft-development schedules would be affected....

If NASA's commercial crew program "experiences additional delays," the inspector general warned prior to the explosion, "NASA may need to buy additional seats from Russia to ensure a continued U.S. presence on the space station."

The Guardian, on the other hand, took a much more historically optimistic position in an article titled, "SpaceX's booms and busts: spaceflight is littered with explosions and disasters":

When NASA tried to launch a satellite into orbit, the rocket crumpled into smoke and fire. Almost 60 years later, SpaceX is feeling similarly explosive growing pains....

Musk has handled SpaceX's crashes stoically, reasoning that progress requires failures - science is messy. Nasa, for instance, has had contractors mix up metric measurements, lost a lander somewhere on Mars, and its Kepler spacecraft jerry-rigged into a planet hunter sailing on pressure from radiation off the sun.

And an industry expert took a realistic approach:

Although SpaceX is bullish about getting back to launching Falcon 9 rockets and its $10 billion worth of payloads, John M. Logsdon, a space-policy expert and historian at George Washington University's Space Policy Institute, said there will be some kind of disruption. "This will definitely affect their business," Logsdon told Business Insider.

Most importantly, to be fair to Musk, "The first time NASA tried to launch a satellite into orbit, in December 1957, the rocket made it 4 ft off the ground before crumpling into a blossom of smoke and fire. America's ambitions to catch up to Russia's success with Sputnik would have to wait."

The news of that day, back in 1957, was full of accusations, naysaying, paranoia about the Russians who were ahead of the US effort. I have even found a new clip of the mishap, here.

Needless to say, President John F. Kennedy, only 4 years later, changed the discussion by making it clear that the Unites States would land a man on the moon: "...[T]ime for this nation to take a leading role in space achievement, which in many ways may hold the key to our future on earth."

Musk, not missing a beat, channeled Kennedy and in an announcement a few weeks after the Falcon failure ignored the short-term issues and announced his plans for interplanetary travel, colonization of Mars and universe domination.

Let's be clear, I am a believer--big time. I am a sucker for Kennedy-type challenges and I love that Musk has taken up the gauntlet and is running with it.

Not to be outdone, other entrepreneurs and companies that represent entrepreneurialism made their own announcements about the frontiers they are conquering:

Microsoft's researchers don't talk about "curing" cancer. Instead, they are aiming to "solve" it. ...

In exclusive interviews with Fast Company, Microsoft's scientists provided an inside look at two ambitious projects of their own that are currently under way that treat cancer as an information system that can be programmed.

...The first is an effort to model the computational processes that happen within the cell. The second ... is the development of a tool for scientists and researchers to create their own computer models of biological systems.

Truthfully, I'd be happy if Outlook worked....

According to Business Insider, "This Is Google CEO Larry Page's Grand Vision For Changing The World":

Page spoke at TED about about how Google plans to connect the world by building a "worldwide mesh" of balloons. The goal is to use these balloons to provide Internet access to the two-thirds of the world living without it.

...Page also has his eyes set on driverless cars. Twenty million people or more are injured every year due to automobile incidents. It's the leading cause of death for people under 34 in the U.S. To date, Google has driven over 100,000 miles totally automated.

Google also wants more people to ride bikes. But in order for this to be safe, Google is exploring ways to cost-effectively separate bikes from traffic. In researching solutions, Page says, he came across this aerial bikeway.

And, please add to stop selling my data unless you really know that what I receive is relevant, even in some minor way.

And of course the two big disruptors were not going to be left in the cold:

WIRED reassures its readers, "Uber and Airbnb Are Making the World Better--They Promise!"

[Joe] Gebbia argued that Airbnb has compelled people to overcome their "stranger danger" bias and fear each other less.

...Kalanick sought to reinforce the idea that, by removing cars from the road, Uber is performing a critical public service. A future with fewer cars on the road, he said, improves people's quality of life and removes thousands of metric tons of carbon dioxide from the air of each city Uber conquers.

Clearly, I have a touch of cynicism, Musk is a promoter: a showman with investors he needs to juice and an almost unlimited source of money as are the other "visionaries" I mentioned. And therein lies the problem.

The great entrepreneurs who drove the stakes in the ground that changed the world did so with little money and little support initially. They learned to improvise, to make things happen by sheer willpower. And others followed behind them building on their innovations, adding their own, and on and on.

The Wright Brothers, Henry Ford, Alexander Graham Bell, Gutenberg, Louis Pasteur, Madame Curie, the inventor of the wheel all had three things in common--focused vision, passion for what they were doing and a huge amount of serendipity, as so often the pivot was, made them successful.

And there was more. Listen:

The vision of a champion is bent over, drenched in sweat, at the point of exhaustion, when nobody else is looking. -Mia Hamm

Here is my bet. Somewhere out there--bent over, drenched in sweat, at the point of exhaustion--is someone we don't see. That person will open the universe for us in ways we have yet to imagine and frankly, I can't wait.

So for now I buy into Elon Musk's journey (which, by the way, is a partnership, let's not forget) not so much into the others. But who knows--maybe Airbnb will bring world peace, Microsoft will cure cancer and Uber will bring our environment back to Eden.

But forgive me if I keep my eyes open to help up that unknown champion.