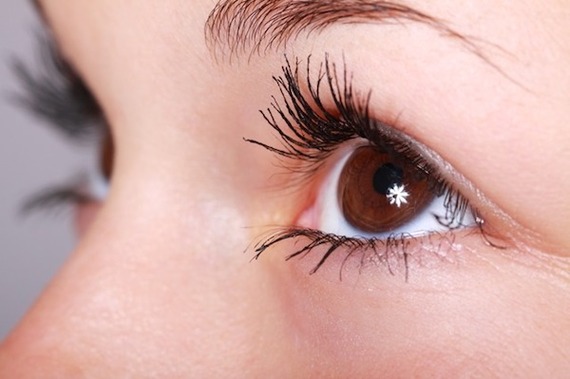 If you're an ambitious and driven person, chances are you've heard the word intention thrown about:

But the term can be vague and convoluted. Is it a belief? A prayer? Is it having faith?

In simple form, your intentions are your thoughts directed toward a desired outcome. To be more complex, it's the realization that our consciousness has the ability to create our reality.

It's often ridiculed and passed off as Abracadabra BS, but scientific research on how the mind affects reality is growing.

Most common is the placebo effect, from sugar pills having the same effect as prozac, to non-alcoholic beer causing drunkenness, and fake surgeries improving health--our beliefs defy logic.

Mind over matter feats have been documented by monks draped in cold wet sheets, then used mediation to increase their body heat and dry the sheets.

The extent of our influence on matter and reality is taken further with the famous double slit experiment in quantum mechanics: showing that light/energy behaved differently -- as waves or particles with the presence of an observer -- as if the photons knew they were being monitored.

Physicists call it the Observer Effect, NASA scientists have commented, "The results of any observation seemed to be determined in part by actual choices made by the observer."

Ancient wisdom has told us:

"All that we are is the result of what we have thought. The mind is everything. What we think we become."
- Buddha.

"Whatever you ask in prayer, believe that you have received it, and it will be yours."
- Jesus.

More recently, Jim Carrey boils down his whole career to the power of intention: "Our intention is everything. Nothing happens on this planet without it. Not one single thing has ever been accomplished without intention."

When it comes to setting intentions toward your goals, here are 7 essential steps:

We've seen how powerful the mind is -- don't put a limit on the extent that it can change reality. Believe big, see the world for it's abundance rather than limitations. See your personal potential as limitless rather than limited.

Seneca said, "If one does not know to which port they sail, no wind is favorable."

Be clear and specific with the intentions you set: when do you want it to happen by, where will it take place, who you will you be with? But as you move ahead with it, be flexible with the journey, and how you get there. A detour may be a hidden blessing and steering you in the right direction.

3. Bring in all your senses.

Psychologists and therapists highlight the importance of VAK -- visuals, audio, and kinesthetic modalities in shaping our mind. When visualizing your intentions, use these modalities to make it as real in your mind as it'll be in reality; turn up the volume on the the people you're with, the color of the suit or dress you're rockin,' your bodily sensations and emotions as you celebrate.

Like a horse and carriage, visualization needs to connect with hard work. Eat the elephant one bite at a time. Reverse engineer and break your goal down to pieces; then, don't hesitate or let fear hold you back from doing the most immediate action toward your goal. Do something daily that will bring you closer to your goal.

There'll be times when things are too coincidental to be mere coincidence. Things fall into place and the intention becomes tangible. Celebrate these affirmations that you're on the right track. Use them as markers to go back to when you're feeling down, and keep moving forward with an eye open for the next synchronistic event -- when intention meets reality.

6. Bring in some backup.

With your close inner circle of friends, ask them to also set intentions for you. If one consciousness can alter reality, a community of combined consciousness no doubt will help you move mountains.

Just like a muscle, exercise your intention. Write it out daily -- be detailed with your dream and set yourself deadlines; create a vision board. Make your intentions so ingrained that you're beyond confident; that your actions become autopilot toward manifesting it.

If you enjoyed this article, check out more of Thai's work at: The Utopian Life.