The tech start-up ecosystem of Silicon Valley and other major hubs, such as Austin and New York City, is similar to the Hollywood movie industry. How's that?

Young creatives, looking to launch their ideas and bring them to reality, need to wade through an arcane process. They need to tap dance with new terms and jargon. And they need to understand the subtleties of financing projects and the agreements they will one-day sign. By the way, the term "angel" investor came from film industry in the 1930s. Who knew?

That historical nugget and many more valuable insights on venture capital can be found in what the investment industry has been missing, a bible that is far more impactful than a how-to-book or an exposé on a VC's hits and misses.

Like a margarita, it's easy to make a bad movie. But to make a good one takes skill, planning, and industry know-how. Building startups from concept into real businesses is no different. Most startups fail for a variety of reasons. It takes more than products, solutions, and capital. Just as important to entrepreneurs are the investors' contacts and networks they bring to the startup.

The financing process for startups is a challenge for entrepreneurs at the "seed" stage, whether in the form of a bridge loan or an equity stake, and even more so during the bigger dilution that comes with Series A financing, or what is considered institutional venture capital territory today.

Should an entrepreneur give up more than 30 percent stake of his startup during seed stage, whether pre-revenue or in the market with actual users? The answer is no.

If the founders of a company are diluted too heavily upfront, one day they will wake up and see the investors get rich off of their hard work, IP, and ingenuity. Once that happens, the spirit will be sucked out of them and their company will falter. And then what? The startup will be as good as dead or get sliced up in a sale, and not acquired. The subtle meanings between the two words -- sale and acquired -- will translate into millions of dollars difference for an exit.

The 'Entrepreneurial Bible' as Roadmap
Over the past couple of decades there have been books on investing, from Benchmark Capital's poorly timed eBoys, published in the middle of the Dot Com bubble bursting in 2000, to this year New York angel investor Brian Cohen's one phase of building a startup, What Every Angel Investor Wants You to Know.

But those books and most others like them end up being signposts for entrepreneurs, lessons on the Dos and Donts with little insight on the actual journey or how hard and long it takes from the napkin sketch of an idea to getting funded through the various stages of growth.

And it's the latter advice on the startup journey that separates Andrew Romans' The Entrepreneurial Bible to Venture Capital: Inside Secrets from the Leaders in the Startup Game, from a crowded field of startup advice books. 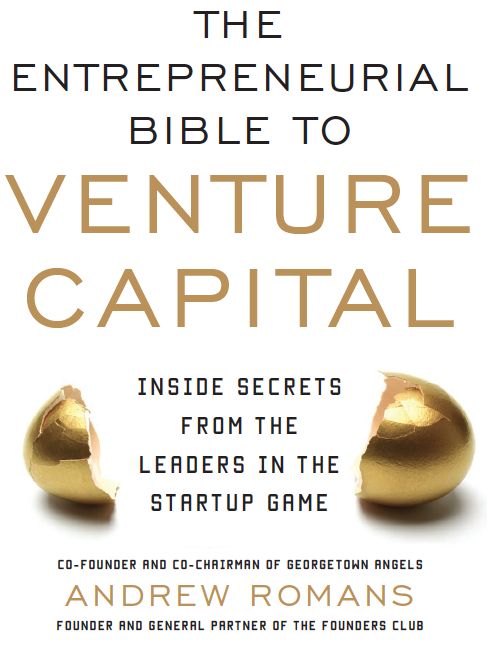 For a book that I expected to be slanted toward investors, from angels to institutional, as Romans expertise covers the entire finance spectrum -- not just seed -- I was surprised that it provides both a valuable roadmap for entrepreneurs, as well as gives them a lens into the trends, history, and waves of cyclical booms and bust of venture capital the past half century.

The "Draper Wave," so named after Tim Draper, founder and managing director of the venerable VC firm Draper Fisher Jurvetson, discusses the inverse relationship between private equity (PE) financing and venture capital. When one is up, the other is down. So investment has ebbed and flowed between PE and venture funding depending on the economic condition of the market since the 1960s.

For instance, a decade ago the Dot Com burst led to the erosion in venture capital. That in turn allowed private equity to fuel the housing boom until the fixed income crash of 2008. Since then, venture capital has rebounded, raising new funds as the VCs have gone all in fueling the current wave of social, mobile, cloud, big data, and 3-D printing, while private equity has slowed into a trough.

What makes The Entrepreneurial Bible even more powerful is its fast pace, vivid style, and the way it strips the varnish off complex constructs and delivers it into simple terms.

Written in a compact style with ten chapters in little more than 200 pages, Romans guides the reader on the various forms of financing an entrepreneur is likely to face. This bible even explains the intricacies of crowdfunding.

Interview with the Andrew Romans
Andrew Romans is co-founder and co-chairman of Georgetown Angels (not sponsored by the university), and is founder and general partner of The Founders Club, a "venture capital equity exchange fund and direct secondary market fund."

In what inspired him to write the book, he wrote in an email, "CEOs, in my office or meetings, repeatedly asked me to write a book. What triggered that was CEOs from The Founders Club came to me for advice when facing some type of financing, M&A or strategy decision. I often came up with ideas and mix in colorful metaphors or tell a story of some other startup that faced a similar situation and how that played out. The CEO would say something like, "I wish I knew this earlier. You should write a book." 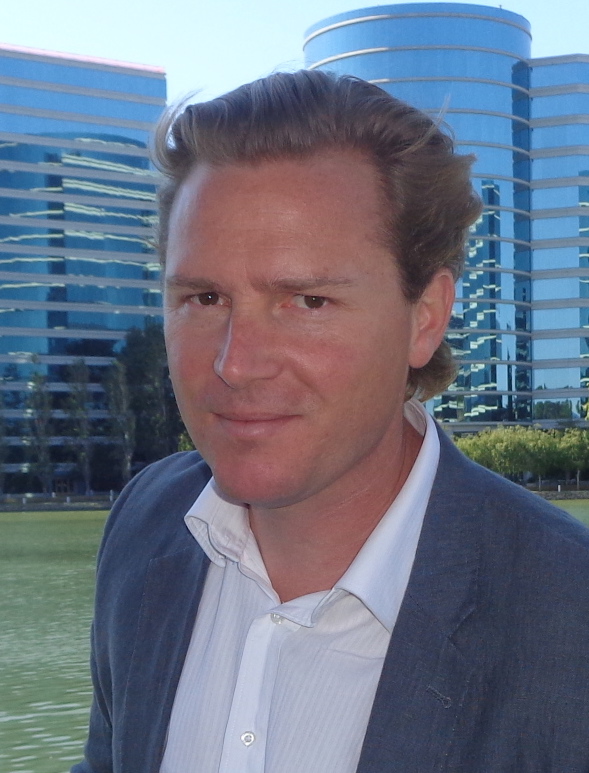 He initially thought about writing the book, sharing the "war stories" he learned along the way, from VCs and startups. Better, he wanted to give it away for "free once a year before the holidays."

But as he started, he realized the damage the book might cause to reputations. So he shifted course. He sent an email to his "database of 10,000 VCs, CEOs, angels, and lawyers, asking them to send stories related to venture capital backed entrepreneurship where they learned something."

His request produced a thousand pages of content. Unfazed, Andrew Romans began to organize the intel dump by stories, ideas on "killer startups," how to recruit advisers and cofounders, raising angel money, and "legal factors at every stage of the entrepreneurial process."

What also separates this book on startup ecosystem is the "coming together of 40 major league VCs, CEOs and lawyers to help entrepreneurs, VCs, angels and advisors be more effective and successful" who contributed.

The book is not just Romans' views, stories, or insights, but those from dozens of industry professionals. Yet it has one voice. His. Or what reads and feels like the voice of one author. And that's what makes The Entrepreneurial Bible unique and the most important book to be written for entrepreneurs since the Eric Ries classic The Lean Startup.

The Entrepreneurial Bible works equally well as a reference book. No matter what stage a founder, new angel or partner at a venture capital firm is in they can open the book and go to the chapter, from "Angels, Mortals, and Super Angels" and "What to Bring to the Dog and Pony Show!" to "Corporate Governance: Who's the Boss?" and "Which Way to the Exit."

On the need for business plans, Andrew Romans said: "I personally see so many investment opportunities that I do not have time to read full business plans. The laws of physics make it impossible for me to find the time. I also think that startups should not spend too much time writing them when they have other priorities" -- such as:

"Ironically, the VCs still need to draft the full 55-page business plan, which is the Private Placement Memorandum (PPM). That is used with LP investors when raising the venture fund," he explained.

In the end, the book is "meant to share knowledge and make things more efficient and successful, not to mention avoiding simple mistakes. I see the unfolding of a global Silicon Valley culture that is working fluently together despite the historical efforts of politicians and regulators everywhere to slow down the global startup ecosystem. The big trend in technology is removing the shackles," he said.

With the shackles removed from the author, Andrew Romans is busy organizing private events in Silicon Valley, LA, San Diego, Chicago, Austin, Boston and many other tech corridors in the U.S., Europe and Israel.

"I plan on bringing together top VCs, angels and entrepreneurs on the road and am now organizing these venture capital roundtable and book events over the next year," he said.

For those who attend the events, they will be glad they did.

[Disclosure: Andrew Romans and his affiliates have not invested in Cloudnician, nor have I pitched them.]