Late last month I read something in the New York Times that at first startled and then irritated me. It was a statement written by the producer of the Broadway musical Shuffle Along about why the show would unexpectedly be closing the day Audra McDonald was slated to leave the show to begin her maternity leave. The producer, Scott Rudin, had this to say:

"The need for Audra to take a prolonged and unexpected hiatus from the show has determined the unfortunate inevitability of our running at a loss for significantly longer than the show can responsibly absorb, and we have decided to close the show when she leaves on July 24."

It startled me because blaming the closing of a $12 million dollar Broadway musical featuring a star studded cast on one cast member's pregnancy seemed a little short-sighted and frankly sexist. It irritated me because pregnancy should be considered a normal part of life, not a determiner of fates. And while Audra McDonald will be just fine, there are professional performing women everywhere who get fired because they get pregnant, or more often in the opera business, get asked to withdraw when they become pregnant, thus absolving a company of their agreed upon responsibility to pay the artist their contracted fee. And most opera singers (and I would bet actresses as well) then agree to withdraw from a contract without pay because they are freelance artists, and they don't want to ruin their chances of potentially working with the company in the future or being labeled as "difficult." Pregnancy is not a disability, nor should it become a liability.

First: The concern that a pregnant woman is not healthy enough to be active and able to perform the staging. This seems to be a throwback to previous eras when pregnant women were treated like fragile pieces of breakable glass. Most obstetricians will advise a pregnant woman to stay active until they give birth, barring any complications with the pregnancy. If a singer is in good shape before they get pregnant, odds are they will be in good shape during the course of their pregnancy. I took an intense yoga class twice a week for the entire duration of my pregnancy, and I performed in an opera when I was eight months pregnant. The biggest issue I had was the worried looks from flight crew when I was flew home from that gig.

Second: The concern that a complication might cause the performer to withdraw during the production. I did a little research about this, and what I discovered is that the chances of a singer -- any singer -- catching a head cold, which we know can easily debilitate a performance -- are far greater than the chances that a woman would go into pre-term labor. A woman is considered full term at 38 weeks pregnant, and most women wouldn't want to commit to a performances at that stage. However, even as late as 37 weeks, statistics show that only about 4 out of 100 women will go into labor. A few weeks earlier at 32 weeks, it's only 2 out of 100 women. Comparatively, most adults catch at least two to four colds per year, so the odds are much higher for catching a cold than a pre-term labor. Things can often go wrong for singers because their bodies are their instruments, but things going wrong with pregnancies that require hospitalization or bed rest are actually relatively rare. Not to mention most pregnant singers I know take extremely good care of themselves (you certainly won't find them out drinking with their colleagues late at night before an orchestra rehearsal -- just sayin').

Third: The concern that the singer will not look right, that their pregnancy will not fit the look of the show, that their character absolutely cannot look pregnant. This one is in some ways the only legitimate argument, but in other ways the most frustrating one. Of course, there are some characters that simply cannot be pregnant, and after about six months of pregnancy, become challenging or impossible to costume around. You probably can't sing Cherubino -- the role of the teenage page boy in The Marriage of Figaro -- at 8 months pregnant. No amount of creative costuming is likely to turn the look and movements of a very pregnant woman into a teenage boy, and singers realize this. However, if the singer is playing a woman, there are many ways to make almost any body type work. The director can choose to make the pregnancy a part of the production, as John Hoomes of Nashville Opera brilliantly did when I performed the role of Mrs. Williamson in David Lang's The Difficulty of Crossing a Field when I was 8 months pregnant. The character was definitely not pregnant in the story, but John just made my pregnancy part of the narrative for his production, and even the composer, upon witnessing a performance, noted that it worked. The other option is creative costuming, which I also was the beneficiary of when I was five months pregnant while playing a female character in a baroque opera at the Innsbruck Festival in Austria who simply could not be pregnant. The costume designers made costumes that completely obscured my pregnant belly, which was not insubstantial, and audience members were shocked when they saw me at the after-party sporting a baby bump. 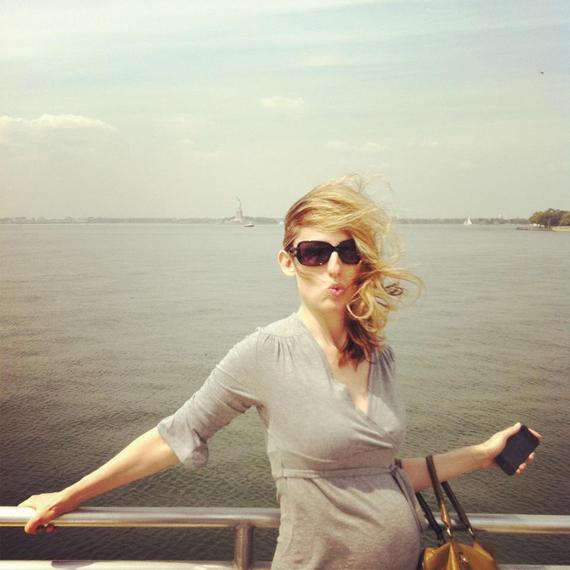 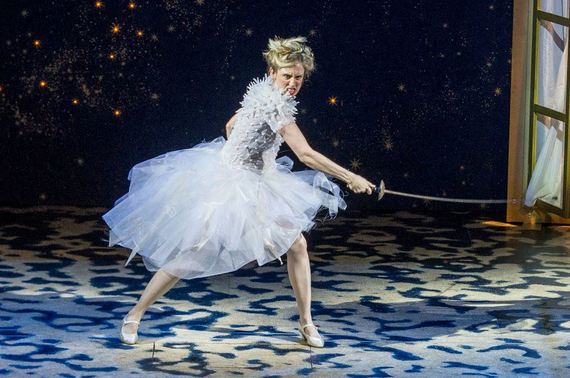 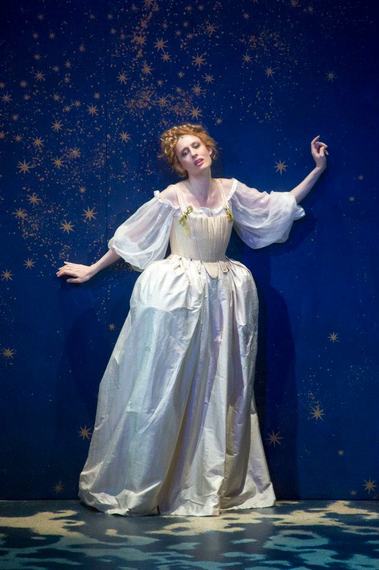 I mention these examples because I have heard countless, extremely frustrating and unfair stories about women being asked to withdraw from productions that could have accommodated their pregnancies, sometimes easily, sometimes requiring a bit of creativity. Recently, a very well respected colleague of mine was asked to withdraw from a semi-staged concert performance in a high profile festival because she was pregnant. The singer's manager had informed the producer of the festival about the pregnancy, but nobody had informed the director, who decided the pregnancy wouldn't fly with the concept. Instead of buying the singer out, the festival asked that she voluntarily withdraw, without pay. Instead of taking responsibility for their choice, the festival suggested that she would be "more comfortable" having the time off. As with most freelance artists, the singer hoped to have future engagements with this festival, so agreed to withdraw, but ended up feeling terribly disrespected not to mention frustrated to lose the money she had anticipated, as well as the time she had spent preparing for the engagement. And this story is far from unique. Even listing the basics of all of the stories I've heard with similar endings would put me well over the word count allowed in this publication.

I asked a lawyer friend of mine about the legality in all of this. He said that with a contract, a singer is under no obligation to withdraw, and if they don't withdraw and are able to perform, the company is required to pay them their fee, even if the company chooses to release them for artistic reasons. But of course, the legality doesn't matter very much. Because for a freelancer, security means being well liked and re-hired by every company, and not being labeled "difficult" or making waves. Forcing a company to pay you will certainly lead to the end of an artist's relationship with that company, as well as possibly other loss of work from being branded as recalcitrant.

This brings us to one of the dark parts of our business; that an artist can not complain about mistreatment if they want to keep working. For a project I worked on, I collected stories about sexual harassment from within the industry that made me want to close my computer and cry. The sheer volume of stories I was able to collect in a very short time was enough to cause our union to create a new reporting policy for sexual harassment victims. Of all of the stories very few had ever been reported for the same reason that most pregnant women agree to withdraw from contracts without pay -- artists just want to work, and they know that there are a hundred other artists ready to replace them.

I would be remiss if I didn't present the perspective of the producer in these situations, as I also produce opera and know that some of the decision making that happens on the administrative end of things creates situations that seem to have no winners. In most cases, the person who objects to the pregnancy is the director of the production. Producers hire particular directors for their creative vision, and when a pregnant person doesn't fit said director's vision, the producer then finds him or herself in the difficult position of needing to challenge the director's creative narrative, the creativity of which, presumably, the director was hired for in the first place. I absolutely acknowledge that these decisions are not as simple and one-sided as they may seem at first glance.

What is the solution? I believe the solution begins with a conversation about how arts organizations can support women who work and have families in 2016. We need to look to the organizations who already do this -- and there are many -- and emulate their methods. Artists should not have to choose between the ability to work and the ability to have children. It also begins with a conversation about how each entertainment industry can find ways to treat the artists within the industry -- and not just the famous artists, but the regular working artists that make the industry go -- with individual respect and support such that they feel able to advocate for themselves without fearing career suicide.

Or maybe somebody can finally get on figuring out how to let men gestate babies -- then whoever's NOT in a show can do the nine month waddle. Wouldn't that be fabulous?