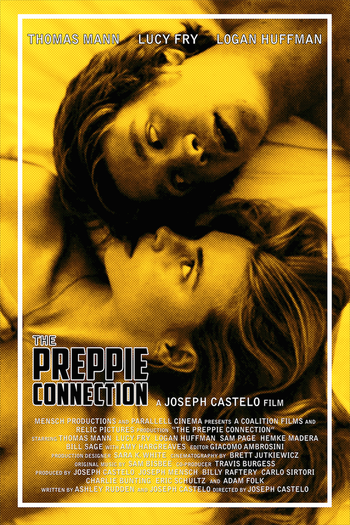 For Director, Joseph Castelo, "The Preppie Connection," is very personal. Castelo went to boarding school in the 80's. "I heard the story from other students. It was sort of a quiet legend that was passed around. The scandal broke on 60 minutes." The story, being that of a student on scholarship at the prestigious Choate school, who, in his desire to be accepted into the wealthy preppie culture, becomes a cocaine dealer to establish his place there. Castelo went on,"I remembered hearing about that and then the story went away. I started running into people that were involved on the periphery or knew people who were involved and I just became curious about the story again. I think it was a natural reflex as a filmmaker to want to go back and explore that time in your life and those memories. That's why the film felt so personal to me, you know, going back to my own experience in boarding school. That's what really drew me to the material because I knew that world so well."

Today, post 9/11, it would be a lot harder to get away with what the film's main character, Tobey, (played by Thomas Mann) did in the 80's. "It was incredible you could go to the airport and buy a plane ticket with cash and not put up an I.D. You could disappear from your parents, tell them that you were going away for the weekend. There were no cell phones. There was no way to locate your kids, which when I was at boarding school, a lot of kids took advantage of and disappeared to New York for three days. No one really knew where they were. It was a totally different time and parents weren't necessarily hovering over their children the way they are now, certainly at boarding school. We allude to this several times in the movie. A kid at boarding school was sort of dropped off at the boarding school. A lot of them didn't have extensive contact with their parents so it did create that space to move through and do something like this."

Co-writer, Ashley Rudden, and Castelo, began writing the script several years ago. "We worked on it and re-worked it and developed it. I think we did about 10 different drafts before we felt happy with it." How much of the Choate story did they use? "We used quite a bit of the real story. I researched the real story, spoke to the players involved. Much of the spine of the narrative is true to what originally happened. At some points, obviously to make the film, we took dramatic license, but for the most part, the film is accurate to what happened." 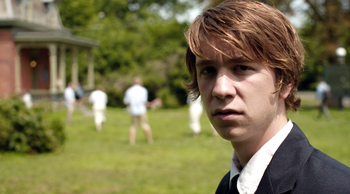 How did the cast come together? "At various points I cast different people for the film. The film had come together and then I lost some of the cast members to bigger films. At one point, Rooney Mara, was attached. At one point, Dakota Johnson, was attached. They broke out. Miles Teller was attached. At different points, I had different cast members, different actors constellating in the cast, and you know, that's the way it goes with independent film. You have them and then you lose that window and then you have to start over. Thomas Mann had pursued this project. He was reaching out to me and wrote me a letter. He was so passionate about the material and was so committed to the project. That is a huge component to me in casting, that you get a group of actors that are totally committed. Lucy Fry, (who plays the character, Alexis), did the same thing. She actually reached out to me, pursued me for this project, wrote me letters. We met on Skype. She auditioned on Skype. We had some work sessions. She really pursued the project. Making independent films is so difficult but when you have a cast that is that committed, it makes it so much easier."

Sam Bisbee, the film's Music Composer, took a particular delight in scoring, "The Preppie Connection," as he was working and touring during the 80's. He drew a lot from his own experience. In his "Composer's Statement," he writes that he "jumped at the chance" to work on the film because "the world and universe of the film is the same universe I grew up in, at almost the same time as the film's setting. In the mid 1980's I was a boarding school student at a New England prep school, and this was the time when I fell in love with music (I, also, clearly remember when the real life scandal happened at Choate)." Both Director and Film Composer wanted the score to capture the sound of the music of that era, in addition, to scoring each of the characters in the film.


Castelo commented on Giacomo Ambrosini, the Film's Editor, saying he "was wonderful to work with and a tremendous collaborator and again another person who was so passionate about the project, and gave a lot of his time to the project, without, at various points, getting paid, but never gave up. In the editing room the director really does need that kind of support. Objectivity. He was very objective about the film and that was tremendously helpful."

"The look we were going for was sort of a verite, documentary style look, very intimate and interior with the character. I think at the same time, my cinematographer, Brett Jutkiewicz, and I, didn't want to sacrifice any of the cinematic style either. I think the film is very cinematic while having a real sense of immediacy." The film was shot with all available light, "which I can't believe we actually did it. The film has a tremendous scope but we only had 21 days to shoot it. What was great about the aesthetic choice is that it gave us the freedom to be fluid and it gave the actors the freedom to perform and play because we weren't waiting for long lighting set-ups. It really kind of worked for our advantage."

I asked Joe how many takes kind of director he was. He laughed and replied, "You never really know how many takes you are but for some reason they would nail it on the seventh take every time!"

"The whole experience, and that's part of what I mean by saying that it was a peak life experience for me, it was a cathartic, creative experience. I was looking back on many of my own experiences and my own feelings of being an outsider in a boarding school. I wasn't from a wealthy family and I was experiencing culture shock when I went to boarding school, just like Tobey experiences culture shock. You know you very much want to be a part of those circles, and it's like any kid in high school, you need to figure out what's the way in, how do I get into that inner circle, how do I become a part of this system that you have suddenly been thrust into and either you rebel against it or you work at being a part of it, and in a way, Tobey did both which is interesting. It made me think about my own impulses and my own thoughts and feelings when I was in boarding school. It really was cathartic. I really did feel like I worked through a lot of my own life." 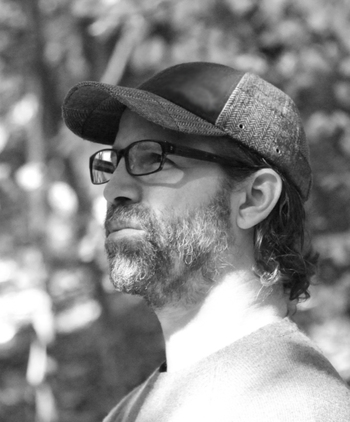 For Joseph Castelo, "making this film and meeting the people I met, was a peak life experience and I want to keep working with this group of people. We've all become so close. I know people say that when they make films but it really is true. We are all going to be together in the Hamptons and I can't wait to celebrate the work with them."

Photos Courtesy of Joseph Castelo and "The Preppie Connection"