Being a preppy person isn't all about knowing how to sail and wearing sailing clothes. Anyone in the world can be preppy, if they just want to try it!

After extensive research, HuffPost has rounded up the preppiest colleges of 2012. What did it take to make the cut? A love of Brooks Brothers, a passion for lacrosse, a hatred of regular shoes. Check out our list and then tell us what you think!

PHOTO GALLERY
Preppiest Colleges In The US 2012 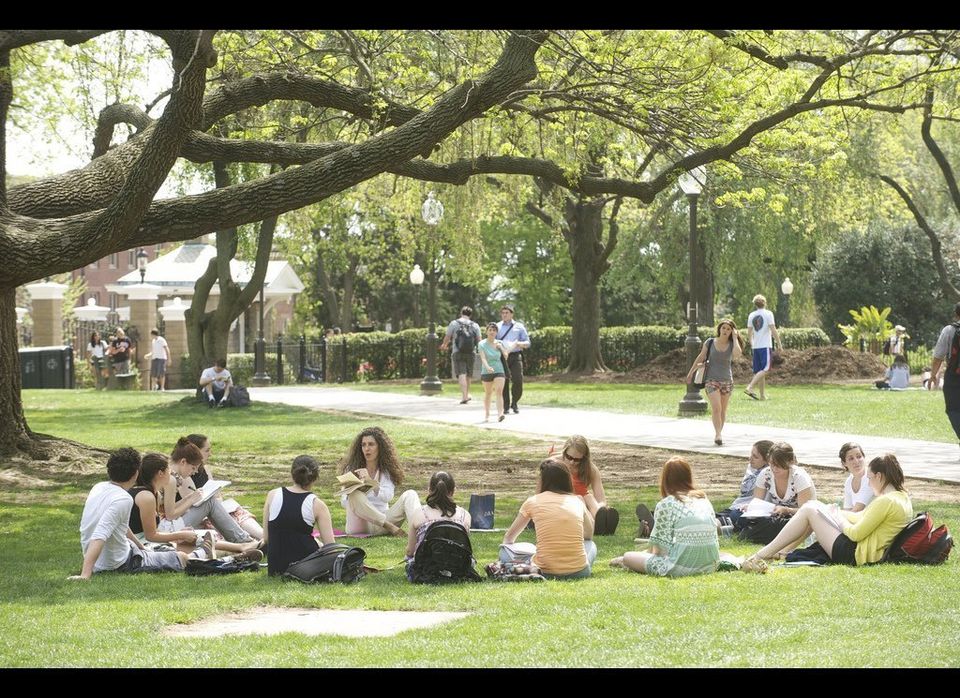 1 / 7
Georgetown University
All it takes is one trip to The Tombs -- a hidden <a href="http://www.washingtonpost.com/gog/restaurants/the-tombs,792063/critic-review.html" target="_hplink">bar and restaurant near</a> the Georgetown campus, called a "<a href="http://www.washingtonian.com/restaurantreviews/1656.html" target="_hplink">Good Ol' Boy haunt</a>" -- to realize students here like to imagine they're living in a real life version of the <em>Social Network</em>. Backpacks are a faux pas and socks <a href="http://www.collegefashionista.com/school/georgetown" target="_hplink">are rarely worn</a>, because obviously they'd look silly with your Sperry Top Siders and short shorts. Off campus, Georgetown is planted in a neighborhood frequented by diplomats and Senators, where President Obama holds fundraisers, and the M Street shopping area has stores like Brooks Brothers, Jack Wills, Lacoste and Rugby as some of its main draws. (picture). The downside? Built on a swamp, seeing rats run on the sidewalk is more common than squirrels. How plebian.
Flickr | Georgetown University