The insulting insinuation is that BLM activists are mindless blowhards who lack specific near- and longer-term solutions to endemic police racism and violence.

Obama insisted that activists should be eager to meet with politicians, presumably to "dialogue" and convince them to change their ways. Are we really to believe such forced naivete from someone at the pinnacle of the cynical U.S. political system?

"One of the things I caution young people about though, that I don't think is effective, is you've highlighted an issue and brought it to people's attention ... and elected officials are ready to sit down with you, then you can't just keep yelling at them," the President said April 23rd in London. "And you can't refuse to meet because that would compromise the purity of your position."

Obama conveniently overlooked that most of the politicians some BLM activists have refused to meet with are almost all Democrats - the leaders of big cities. Exhibit A is his own former chief of staff, the Karl Rove fixer of the Democratic Party, Chicago Mayor Rahm Emanuel, who infamously suppressed a dashcam video showing the police murder of 17-year-old Laquan McDonald so he could win a close-fought reelection campaign. Why should BLM activists allow themselves to be used as props in photo ops with such a despicable character?

For the President's political allies to begin addressing many of the immediate BLM demands doesn't require negotiations or penetrating studies - just following the government's own laws concerning murder, assault, perjury and conspiracy - when said offenses are committed by police. It would require them to behave towards police at least half as harshly as most employers do towards employees who commit such offenses. Should it really take years to fire violent sociopaths?

The problems highlighted by BLM activists are so glaring and long-standing, they should not have required protest to highlight them. It's instructive that politicians, including two-term President Obama, began speaking about racist police violence in fits and starts only after BLM protesters forced the issue onto the national dialogue. 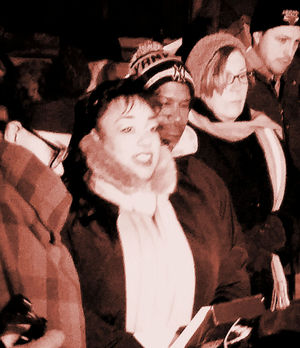 "To tell mothers, fathers, family members and friends who have lost their loves ones to police violence that their screams and yells for justice need to be more pragmatic and quiet, is to deny the enormity of human devastation and pain that is the root of this movement," said Aislinn Pulley, a leader in Chicago's BLM movement who in February refused to participate in a White House photo op with the President.

"When every 28 hours a black person is extra-judicially killed by police or vigilantes, the absolute last thing we need is to be quiet. We need to be so loud that we make it impossible to ever accept as normal the extrajudicial killing and brutality of anyone."

Obama's own solutions announced shortly after unrest over the police killing of unarmed Michael Brown in Ferguson, MO, were rightly denounced by BLM activists as wholly inadequate.

His proposal to rein in the growing militarization of local police forces with cast-off military hardware was shot full of loopholes. His federal funding of body cameras for police was a technocratic "fix" to a social problem - the racist devaluing of black lives. This devaluing, which spawned the phrase "Black Lives Matter," means that police are far more likely to use deadly force again black people in situations where no force or less than lethal force are warranted.

And as shown by the legal aftermath of the videos of the police killing of New York's Eric Garner, and a generation before him, the police beating of LA's Rodney King, stone cold video evidence of illegal police violence doesn't guarantee an appropriate response from a justice system shot through with racism and pro-police bias.

Here in Chicago, BLM activists have spent years trying to get even their most basic demands addressed - struggling to get cops fired even when civil juries have already found them guilty of wrongfully killed black people and awarded the surviving families millions of dollars in restitution. It is this official inaction, where month after month, killer cops collect taxpayer funded salaries and pensions, that infuriates BLM activists.

In this context, "Obama's comments reflect the detached bureaucracy of pomp and circumstance that masquerades itself as accomplishing something, but in reality is at best little more than political theater, at worst a designed distraction," said Pulley.

But the reality on the federal level is probably worse that just ineffectual dithering and PR stunts.

Thanks to years' worth of diligent work by activists and civil rights attorneys, we now know that the police spying, infiltration and mis-use of the law used against the Occupy Movement in localities around the nation was not a coincidence. It was in fact a nationally coordinated campaign by President Obama's Justice Department to illegally shut down the movement.

Likewise, there is already plenty of evidence [2] of local police working with the FBI to spy against BLM activists in many cities. It is not conspiracy-mongering to suspect that federal actions are being taken against BLM activists, just as they were again used the Occupy movement before it. This is, after all, an administration that has already proven itself prone to widespread invasive monitoring of legal 1st Amendment activities, as was the administration before it.

In taking these anti-civil rights actions against the black lives matter movement, President Obama is not being a black president or even necessarily a Democratic Party one. He is simply being a United States president, and as such, borrowing Dr. King's phrase, ringmaster of the U.S. government, "the biggest purveyor of violence in the world today."

Young BLM activists' typically embrace more controversial views than their elders in and out of the political establishment. They write and speak frequently about a world without police and prisons. They speak about resources currently wasted on police and prisons, instead being spent on supporting viable black futures with massive funding for jobs, affordable housing, education, and mental and physical health.

For those who want to look beyond trite, "yelling" dismissals of BLM activists, and see how their thoughtful proposals can fix the problems that politicians of both parties have spent decades failing at, a good place to start is with Black Youth Project 100's Agenda to Build Black Futures.