When I have a chance to stop and think about my situation, the math just doesn't add up. But with two jobs and a freelance life, I hardly have an opportunity to stand still and ponder.

As I wrote this editorial, I was on a plane bound for Oklahoma to research a story about an inmate who creates art in prison and whose parents sell it across the state to fund an art and recreation room at the medium-security prison where he could spend the next 40 years of his life if sentencing laws don't change. Just a month ago, I got off a plane at JFK after a trip to Palestine to report on a marathon held to symbolize the nonviolent fight for freedom by a nation of people trapped behind a wall.

I funded the reporting of both of these stories on my own, after pitching them to several news organizations. One is sold; the other - a long-form piece about marathons in the Middle East - is not. By the time I finish that one, I could have $5,000 invested in a story that might net me $3,000. Might.

I keep to part-time writing gigs to support my profession-turned-hobby. Am I crazy? Perhaps. The gatekeepers of the Obama administration might think so, or they might believe journalists like me -- journalists who believe their career is not just work, but a calling -- just don't exist any longer. In the 8 May New York Times magazine profile of one of Obama's deputies, Ben Rhodes, the White House deputy national security adviser smugly lamented the closing of major American newspapers' foreign bureaus and the downsizing of the 4th estate so that he could build his international "echo chamber" with young reporters eager for his spoon-fed narratives served over blogs, YouTube and Twitter. 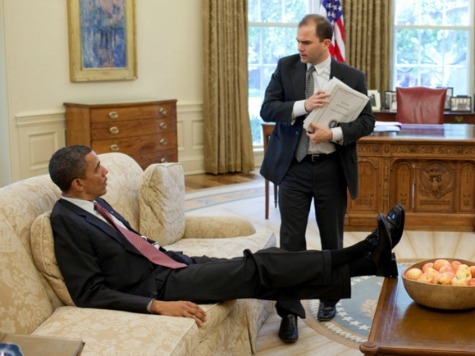 That's not me. I am a Columbia Journalism School graduate, class of 2002 -- the class that covered the events of September 11, 2001 six weeks after we arrived on campus. And the class that stood and watched the impending wave of online journalism and decided if we were going to surf or withstand the crash.

I didn't surf back then. Nothing sounded appealing to me about computer-assisted reporting, Google searches, blogging -- and when Facebook, Twitter and Instagram arrived on my desktop menu, selling my value to the world. It was a desk job, and I didn't sacrifice my career prospects and $60,000 to work in a cubicle, repackaging a news item someone else had written. My instinct carried me to the dusty libraries to write about lost eras; to college campuses to capture emerging trends; and, at one point, the offices of many politicians to challenge their assertions.

But even though one can dislike Rhodes -- the failed novelist turned propagandist -- one cannot necessarily blame him for seizing an opportunity. There are now fewer than 40,000 full-time professional journalists in the U.S. for the first time since 1978, according to the the Pew Center's Project for Excellence in Journalism; newsrooms have become ghost chambers, empty cubicles littered with dusty Dells and stacks of clips. In an age in which most of the general public gets their news online, the faster -- and cheaper -- the delivery of it, the better. So why wouldn't a journalist under the crushing weight of the Internet news machine take a hand-spun tale in their "inbox", over the hassle of a train, plane or automobile to obtain the real story and an expense report for which they will have to fight to justify every dollar spent? Logging on to Twitter for a quick quote from a source -- a common practice of BuzzFeed and its brethren -- certainly saves time, money and an Advil.

The problem doesn't really lie with the Ben Rhodes of the world, or the Obama administration's "supreme arrogance," as stated by Max Boot in CommentaryMagazine.com -- or the Bush administration's chutzpah for that matter, lest we all forget "yellow cake" and Judith Miller. The state of journalism today is the responsibility of the news corporations, capricious media owners and fluctuating editors-in-chief who decided 15 some odd years ago that the media would give the people the "content" they wanted and not the information they needed. The key decisions made at the top had a trickle down effect on all of us journalists who still believed in our mandate. If our editors and defenders didn't hold it in regard, why should we? If they didn't want to pay us for our jobs, why should we?

I still believe; I still pay. That same Pew survey found that nearly eight-in-ten (79 percent) of the public say it takes a special set of skills and training to be a journalist.

I'm not the only one. There are still many of us, who, despite the cynicism, arrogance and disingenuousness of the Internet-era, still conclude that shoe-leather beats any algorithm. There are those of us who apply to every grant available for long-form reporting; who board planes to witness facts on the ground; who spend more money producing a story than they will ever be paid in return; and who longingly read about the days of old when the job of a journalist was championed, not at the top of annual the "Worst Jobs" list.

David Samuels, the freelance writer of the Ben Rhodes profile, has been accused of having an agenda against Obama's Iran nuclear deal -- the one whose narrative Rhodes created. That's a possibility. But if so, he could have keyed in some words, followed a feed and possibly made a phone call or two for a truncated story. Instead, he went to Washington and spent a lot of time, money and effort to reveal the true character of a calculated administration. If society doesn't start supporting more endeavors like his and the rest of ours -- if people keep satiating themselves with cheaply produced news on a screen -- it will ultimately pay a much higher price in the health of a nation.