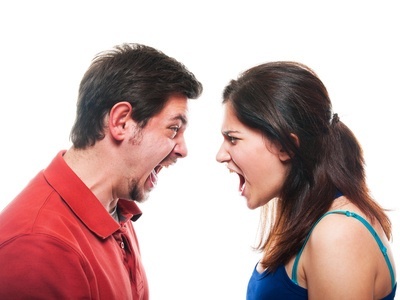 One of the widely-held beliefs that threaten relationships is the idea that being victorious in an argument is a good thing. That notion is based in part on the assumption that when it comes to arguments, there are only two possible outcomes: winning or losing. It's a zero sum game and if you don't come out on top, there's only one other place that you can go. Given this mindset, it's no surprise that so many people, finding themselves embroiled in a relationship conflict, go for the jugular and pull out the big guns. "Big guns" are inflated or amplified threats, insults, and various forms of character assassination. "You're just like your mother!" "No wonder your last wife left you!" "You're the most selfish person I've ever known!" "I can't take this any more. I'm calling a lawyer tomorrow!" "I should have listened to my friends who warned me not to marry you!" And these are just the mild ones!

Then there are the more subtle forms of coercion and manipulation that are designed to discredit the other person's position or to invalidate their concerns in order to defeat their efforts to defend themselves in the face of an attack.

There are an infinite variety of strategies for winning an argument, but there are only a few motives that drive the compulsion to win. The most prevalent one is the desire to avoid an anticipated humiliation, punishment, or loss of power by defeating the other person and thus affirming a dominant position in the relationship. When there is not a high level of mutual trust in the relationship, both partners are likely to feel a strong need to be concerned with the degree of power and control they possess, since they are vulnerable to abuse, exploitation, and domination. The build-up of interpersonal defenses and aggressive behaviors, is not an effective deterrent to attack, not does it ever repair damaged trust. On the contrary, it adds to the problem and often provokes further aggression.

Consequently, trying to "win" an argument by defeating the other person not only fails to address the underlying problem, but generally intensifies it. While one person may appear to win the battle, both of them lose the war. When it comes to committed relationships, when one person loses in the short run, they both lose in the long run. When someone loses or gives up in resignation, trust goes down and communication closes up. Even though the active fighting may end, the underlying issues have not been adequately addressed and the differences between both parties haven't been adequately resolved.

When this is the case, the spirit of mutual support and co-operation is broken and both partners begins to see each other as an adversary rather than teammates on the same team. When this occurs, vulnerability is replaced with defensiveness, interrupting the flow of honest communication, and each person becomes more concerned with personal protection than the establishment of a mutually satisfying outcome. This diminishes the feelings of good will that are necessary to re-establish trust and shared respect.

At this point both partners are operating from separate personal intentions that are misaligned, making the relationship feel adversarial rather than cooperative. Now, each person sees the other as someone they need protection from and/or need to defeat, rather than a source of support and comfort. Fear, rather than love has become the dominant motivator in the relationship on both sides. Even when one person seems to be more angry than frightened, in fact, both are possessed by fear, but may be enacting different protective strategies (such as aggression and withdrawal or intimidation and accommodation).

When arguments fail to identify or address the underlying issue that has been activated, there is no way that that information can be accessed when both partners are driven by the need to protect and defend. When this occurs it is likely that the real concerns will become submerged and go underground in order to create a truce which is a temporary disarmament that is necessary in order to engage in the relations that are necessary to continue and sustain normal life.

"Normal life," however, is not synonymous with a mutually fulfilling and loving relationship. It is merely one in which active conflict is temporarily absent or minimized and the obligations and responsibilities of daily living can be satisfied. While this may be preferable to having a relationship that is actively antagonistic and mutually destructive, it is a far cry from what most couples envision when they initially share their intention to create a committed partnership. It is also far less than what is possible when two people are able and willing to hold and honor a vision of an ever-growing, ever-deepening, connection that becomes more loving and fulfilling over time.

Differences are inevitable in all relationships. Conflict is optional.

When we try to settle differences by winning the argument rather than seeking to find greater understanding from it, we deny ourselves the opportunity to learn more about ourselves and our partner and we miss the opportunity to engage in the practices that can make us a more skilled, loving, and responsible person.

While not all relationships are "made in heaven," a lot more of them have the potential to become heavenly that we may think, if we are willing to challenge and interrupt embedded defensive patterns that may be doing us more harm than good. Perhaps it's time to trade in the old clunker for a new model!