The United States is under the effects of a big storm: Ferguson. The city has been struggling to return to normal since an unarmed 18-year-old African American, Michael Brown, was killed by a white police officer, Darren Wilson, last summer. Then last Tuesday after the grand jury announced their decision not to indict the officer, enormous protests and civil unrest erupted again not only in Ferguson, but in different cities across the U.S. Some people are very critical of the violent protests, while others say the protesters in Ferguson cannot be nonviolent until whites demonstrate a commitment to stand against structures that produce violence. It also sparked a debate about the relationship between law enforcement and African Americans and the use of the force doctrine by police.

Even though, on the face of it, the outrage appears to be centered on the injustice of the teenager's death, the deeper issues causing this strong reaction include racism, a lack of jobs, health care and education, budget cuts as well as the right to carry firearms. Obviously, America's social agreement is failing. Sadly, many Americans agree that it might get worse.

After the grand jury's decision, President Barack Obama last Monday declared that there is a "deep distrust and that divides black and brown people from the police." He pledged to increase his efforts to find solutions to the distrust between law enforcement and minority communities, saying, "The problem is not just a Ferguson problem. It's an American problem." 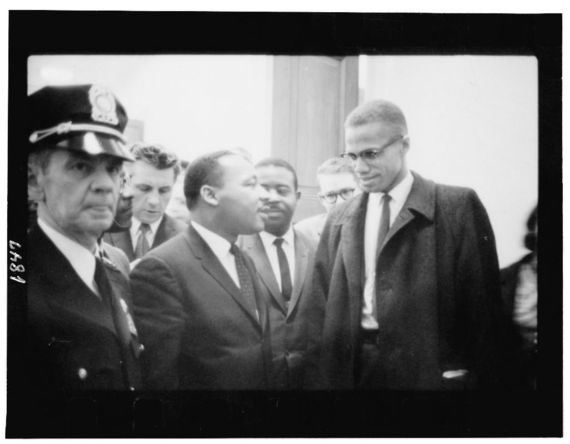 He is right. Think about it, Dr. Martin Luther King, Jr., Medgar Evers and Malcolm X have two things in common:
However, saying "it is an American problem" is not enough. It's a global problem! "Injustice anywhere is a threat to justice everywhere," said Martin Luther King, Jr.; such a great statement. We live in a world where injustice takes place everywhere. A Palestinian friend of mine told me that she can easily relate to Ferguson because she knows what it means to be shot while unarmed based on ethnicity. I am not sure that the conflict between Israel and the Palestinians is based on race, to me it is a political dispute based on claims to land. Regardless, however, I am sure that it may have been similar to what she felt when living in Palestine before she came to the U.S. as a refuge. 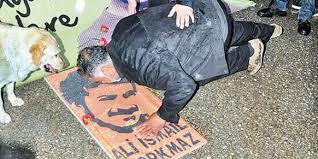 Photo courtesy to Today's Zaman
Meanwhile in Turkey, on Nov. 26 there was a trial into the murder of Ali İsmail Korkmaz during last year's Gezi protests but the court's final decision has been delayed until next month. Korkmaz became one of the symbols of the nationwide protests after footage showed his deadly beating by police. It sparked such outrage that more people were prompted to join the demonstrations. The 19-year-old died after spending 38 days in a coma due to the injuries he sustained during the beating. Three young people died in and after the Gezi protests: Ali Ismail Korkmaz, Ethem Sarısülük and Berkin Elvan. The young victims had two things in common: 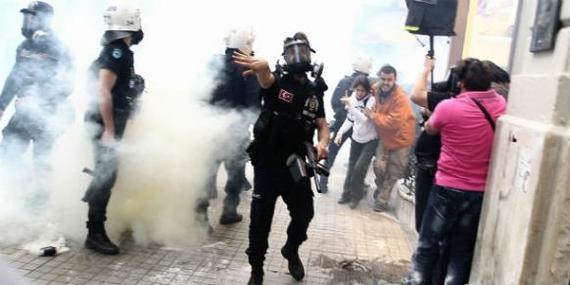 The story is not a story of unarmed boy killed by police on the street but it is just another example of dehumanization, bigotry and demoralization that has been going on generation to generation. It doesn't matter who you are, what skin color you have, where you live, or what you believe, racially motivated violence is never acceptable.