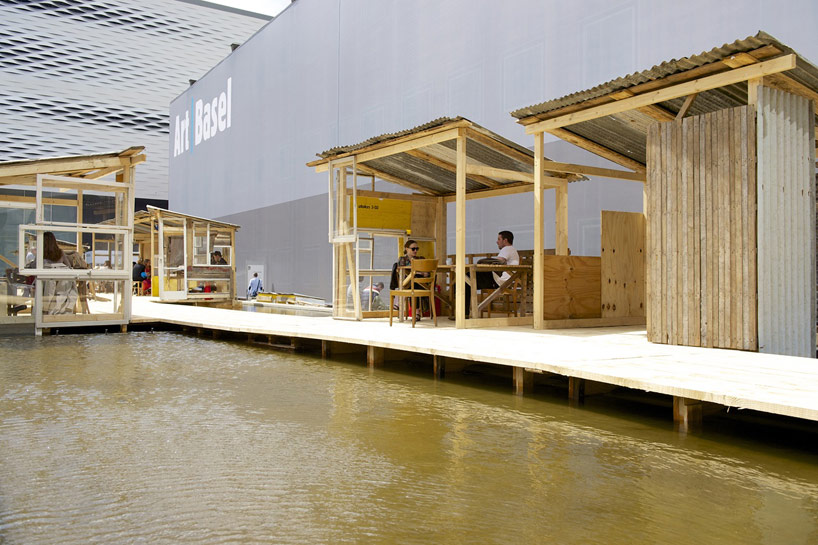 Tadashi Kawamata is one of my favorite artists. Not simply because the work is somehow architectural but because much of it surprises by appearing to have been thrown up in secret. Though obviously sanctioned there is an illicit quality to it. It's dirty, rough, and seemingly improvised out of found materials -- though obviously the work of such an acclaimed, grant-receiving artist is not carried out this way.

I have no problem with such appearances. The problem arises from the manner in which such appearances toy with reality when the reality is clearly not one's own, but merely mined for shock value.

The appearance of Kawamata's "Favela Café" at Art Basel, when looked at as a point along the timeline of his work, would seem to make perfect sense. But it doesn't. Apart from being a distasteful sleight to actual favelas, it's too literal, more like a set design for a crass drama about the rich inhabiting the slums. This obviousness runs counter to his earlier works. 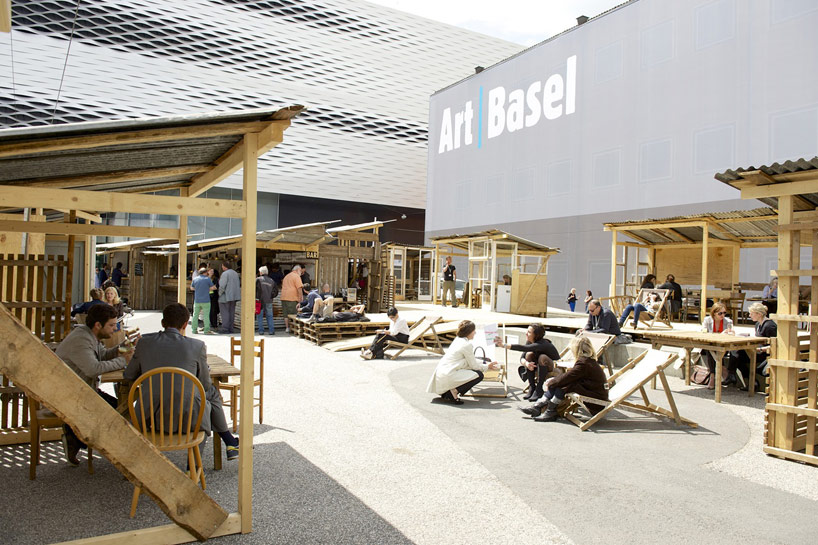 I've been to real favelas and Favela Café has nothing to do with real favelas. The real is much nicer, actually. In them there is constant innovation, invention, resourcefulness, and creativity. There are schools, churches, offices, shops, businesses of all sorts. Additionally, similar to the formalized economy, there are gradations of affluence and power. Like elsewhere, there is a criminal element, but favelas should not wholly be criminalized because of the percentage of crime they spawn or contain. 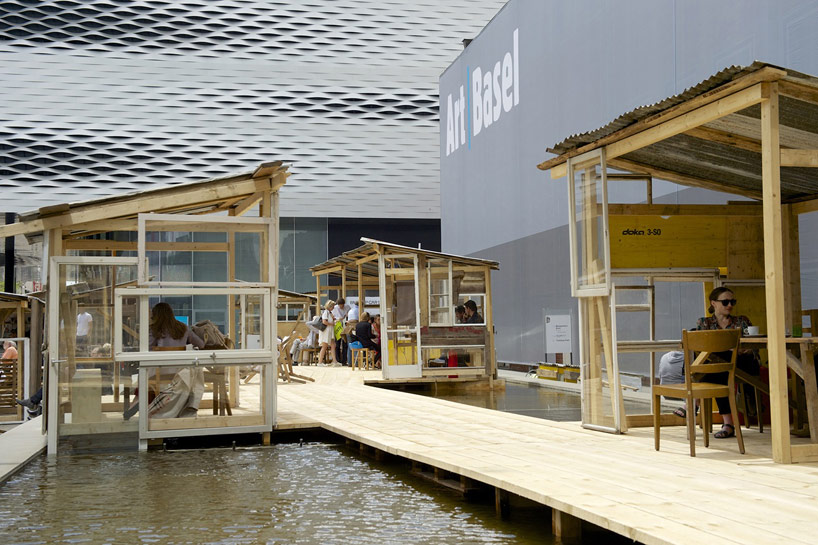 Kawamata's café takes the industriousness and improvisation at the heart of informal economies and renders it stale and cartoon-like. But of course it is intended to be "art" rather than the thing itself, but through its poor mimicry it falls down as art and becomes a rude statement along the lines of "Isn't it great we don't have to live this way?"

"Favela Café" fails more completely once taken over by the art tourists who flock to Art Basel. It becomes a rest stop, a junk transit area for the well-bathed and affluent art-fatigued. This is the sort of juxtaposition or irony that too easily slides into camp and while doing so it denigrates entire populations that continue to claw their ways to gain footholds in the sanctioned political and cultural order.

But why would an established artist like Kawamata slip this way? Perhaps it's a blind spot. Favelas have been aestheticized in popular culture and art. They have become the fodder for architectural creativity. They are transmitted as signs of a fabulous and exotic world. Tourists are whizzed through them in vans and on the backs of motorcycles. They congregate in the actual cafes that occupy their lowest regions, those areas closest to the main road and civilization. 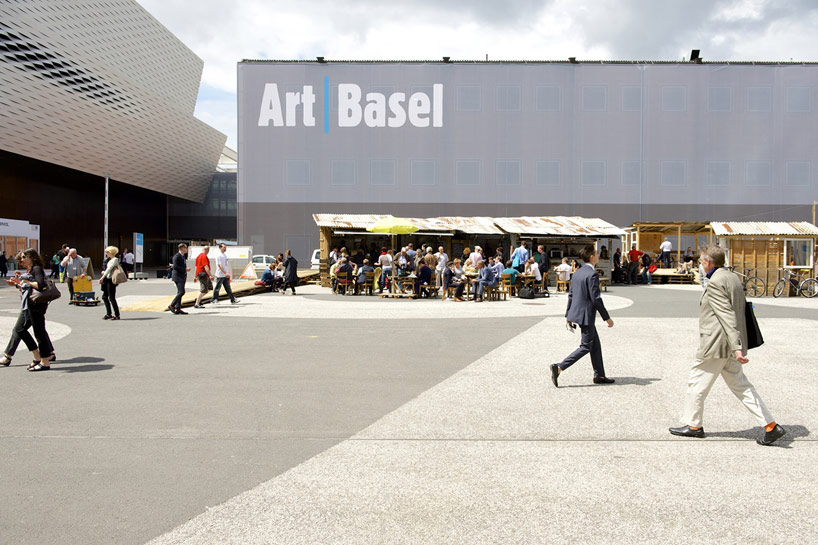 For Art Basel, "Favela Café" has been a huge miscalculation. If it seemed funny or brilliant for an instant when it was first proposed, that moment is long past. What we are left with is a ramshackle jumble of bad taste. It should be torn down and replaced with food trucks or some obviously nice and expensive chain establishment where there is no pretense, no condescending sideways and downward glance toward the toiling poor, some of the world's most vulnerable citizens.

Moreover, real favelas are increasingly made up of the new middle classes. Less and less are they places of bleak desperation -- though they are not exclusively holidays, either. They are complicated and contested spaces where the formal and informal meet, sometimes in violent ways, sometimes in a dance. While Kawamata's work usually dances, in this instance it stands in the corner while the crowd swirls under the lights.

Indicentally, cafes in the favelas look more or less like cafes in other parts of the world. They don't necessarily have a "favela" look to them. This is the risk an artist takes when he responds to a programmatic function with his work rather than seeking first and foremost to produce art.

This article originally appeared in ArchDaily.com as part of Guy Horton's column, The Indicator.