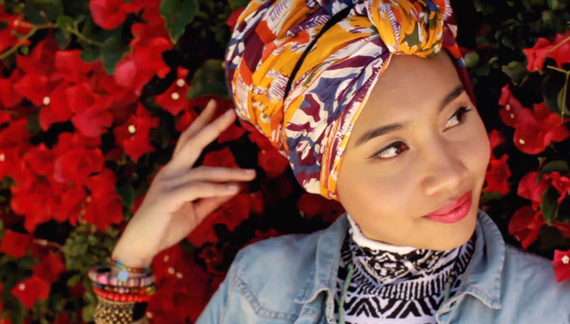 The undercurrents of this issue have been rumbling throughout the community this past year, and it's time someone get up and speak up about it. Granted, don't read this if you're looking for something sugary sweet and devoid of reality. I don't have time to waste when it comes to an issue as tangible, problematic and immediate as this. Nor am I here to backbite, so if you're looking for quick gossip, check out Perez Hilton. Last I heard, he's still going strong.

I'm here to confront the issue of the phenomenon that has begun gaining traction in our Muslim American community, the chance to be the first hijabi to do SOMETHING. I'm talking about the women that want to be the first hijabis to be news anchors, the first to be professional photographers, basketball players, the list goes on. These women aren't shy about sharing their dreams, either, and people go wild over their goals. She wants to be the first hijabi to fly a plane? LET'S FEATURE HER EVERYWHERE. The women gain fame quickly, their fans doting Muslims from within and outside America, predominantly young women that look up to these girls. But there are a few serious repercussions as a result of this phenomenon, and it's time someone says something about them.

The beautiful thing about being Muslim American women is that we have women of all walks of life, backgrounds, levels of faith, and interests. Our community boasts women that choose to wear hijab -- and those that choose not to wear hijab. In the "journey" to be the "first hijabi something," our community has begun conflating that with being the "first Muslim American woman something," in effect, telling Muslim women that do not cover and are already first at the scene of achievement that they weren't Muslim enough. Alienating part of our community is a loss to us all. There are so many in the community who have "made it" on the basis of work and talent, but we choose not to bring them to the forefront, passing them over instead for those that fit more nicely in the perfect Muslim American woman paradigm.

In calling out these women, it is important to recognize that this is not an attempt to delegitimize the advancements that we, as Muslim Americans, are making as a community. I believe that trying to be the "first hijabi to do something" fails to allow for a more genuine discussion of our progress. What one person achieves does not take away, ultimately, from the infinite pool of potential achievements. In trying to advance the community, however, we need to begin critically examining what we give merit to. Instead of giving prizes to every individual trying to make it in the world based on faith identity (and that includes the hijab), we need to begin fostering the advent of hard work and perseverance.

Claiming your identity (faith or otherwise) as being the impetus for your success instead of your hard work and skills means, quite simply, that if you fail in the endeavor, it's so easy to accuse the world of failing you because you are a hijabi/Muslim/vegetarian, rather than failing because you just are not there yet.

Furthermore, it's time that we move our community beyond being happy simply with the "rah! rah! diversity feature!" phenomenon that many of us fall into. This happens when you put your identity first, instead of letting it peek through around the talent and work you put in to get to the next level. While many argue the benefits in tokenization, the truth of it is remains that making it based simply off your hijab/faith/ethnic identity and not your experiences, work and skill creates a hole from which you cannot escape: forever will you simply be a token of your identity, tapped to speak ONLY on your identity. Serving as the diversity quotient means that you will not be able to make a true change to the community, since you are stuck in your inherent identity, unable to cause real ripples in the larger community, beside your initial diversity debut. It was something even the Prophet Muhammad (SAW) saw, underscoring the need for Muslims to be enmeshed in the larger society they are a part of.

In any aspect of life, regardless of where or who you are, this remains true. In order to get to where you want to be, you first have to lay down the groundwork. You cannot just jump the system and expect things to be anything short of precarious. Granted, this route is the harder one. Making it based on talent, experience and work is more difficult that the quick burst of fame gained through identity. Yet that is the only way we can expect the Muslim American community to make strides forward. When the day comes that we have a Muslim American woman make it, it'll be the day that her identity is just another part of her, not the reason she was catapulted to fame. Otherwise, we really have not made it. We just will think we have, and that's what needs to be changed. Period.