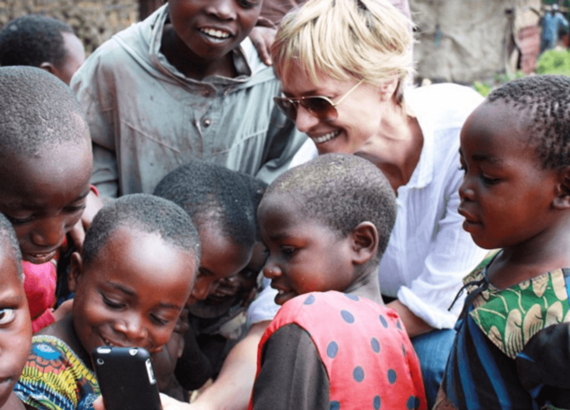 In recent years Western advocacy groups have achieved unprecedented success in mobilising Europeans and North Americans behind a "conflict minerals" campaign to help end the conflict in the Democratic Republic of the Congo (DRC).

They have also attracted strong criticism, both internationally and in the DRC, for the perceived negative impact of their work.

Over the past three years I have been working on a documentary, "We Will Win Peace", which is part of this critique.

As one local activist told us during the making of the film,

The advocacy led by these organisations, we hadn't understood the goal, as Congolese ... If we had been informed before of their intentions, we could have done something.

Similarly, speaking to a group of small-scale rural cultivators, one said

We didn't understand what was happening or why such a decision had been made ... No-one explained to us what was going on.

So what was the goal, and what is going on?

It is important not to conflate the work of all DRC-focused advocacy organisations under the same umbrella. But central to the success of the "conflict minerals" campaign was the emergence of a dominant narrative that placed Western consumers at the heart of the solution.

A key element of the storyline is that armed groups in the eastern DRC are raping women to access and control mineral resources. If Western consumers exerted pressure on electronic giants like Apple and Samsung to stop buying these minerals, they could prevent rape and help end the conflict.

In the US, celebrities and sports stars are engaged by organisations such as the Enough Project and Stand With Congo to help promote the campaign. The message appeals particularly strongly to student groups and middle- and upper-class liberals.

The campaign has led to policy successes in both Washington and Brussels. The US policy - Section 1502 of the Dodd-Frank Act - requires companies to reveal their supply chains when sourcing minerals from the eastern DRC or neighbouring countries.

The foundations of the "conflict minerals" campaign can be traced back to 2001. It was then that a United Nations panel of experts recommended an immediate embargo on the trade in minerals from the eastern DRC due to their systematic exploitation by armed groups as a means to finance their activities. This was followed by numerous NGO reports pursuing a similar line of argument.

But there are three shortcomings to the "conflict minerals" campaign that came out of this work.

Compounding these shortcomings was a fatal flaw in the US legislation enacted in 2010. When Section 1502 of the Dodd-Frank Act was passed it was not possible for companies sourcing minerals from the eastern DRC to determine whether those minerals were or weren't contributing to conflict.

As a result and due to confusion over the implications of the legislation, international buyers withdrew, and an effective mineral boycott enveloped the region. The socioeconomic impact on Congolese living in this mineral-dependent region was severe.

Today the policy solution pursued in the DRC by a range of foreign companies, NGOs and donors revolves around an expansion of the Congolese state into areas formerly beyond its control. The aim is to establish and oversee mineral certification, traceability and validation systems that can attest to their "conflict-free" status.

Early evidence suggests this process is catalysing the previously lethargic formalisation of artisanal mining and, with it, the establishment of formal land tenure agreements. In doing so, it provides conditions that might be amenable to forms of state-led development that have eluded the region for so long.

Herein lies the main tension in the work of Western advocacy organisations, and the reason they invite critique: there is a heavy dissonance between their stated constituency and their actual constituency, or who they work for and who they work with.

Reading the reflections of the radical American organiser Saul Alinsky, it's clear that he was always close to the constituency he worked for. He either lived in the community he was helping organise, or he had been invited in to help them pursue solutions to problems they themselves defined, to paraphrase Alex de Waal.

Yet the relationship between advocacy organisations headquartered in Western cities and their marketed constituency of marginalised and disadvantaged African groups is far more tenuous.

One of the most striking elements during the making of the film was the difficulty of finding Congolese groups in rural and peri-urban areas who knew about and supported the "conflict minerals" campaign. This suggests a lack of engagement with the people who stand to be most directly affected by campaign outcomes.

Instead, many Western advocacy organisations use short visits to the DRC to work predominantly with government, business and other elites in national and provincial capital cities. The result is that the disruptive and contingent process of state-building and formalisation they engage in and promote often works against the very people they claim to represent.

And so organisations such as the Enough Project claim that progress is being made, and critics counter that harm is being done. There is truth to both perspectives, but they are focused on different aspects of the same process.

How to resolve the tension

Western advocacy organisations could change how they market their interventions and talk about their work. Helping bring the state back into local development processes in peripheral countries such as the DRC is an entirely legitimate and valuable pursuit. Yet they may not want to do this because it will likely be difficult to mobilise people and funding around long-term and socially disruptive goals.

Alternatively, they could reorient their efforts to working with, not just for, the non-elites they use to promote their public image and in whose name they justify their external interventions. What their work would lose in structural impact, it would gain in honesty, legitimacy and local impact. The groups and classes of artisanal miners, peasants and other workers we spoke with would come to know more concretely who the organisations are. They would also provide more appropriate solutions to their own problems and struggles than the pursuit of overseas policy change, which fails to respond to their immediate needs.

A longer version of this article appeared in the Review of African Political Economy.