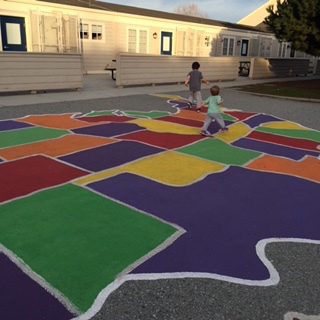 "Holding space for my brothers and sisters in Charleston!"

"My heart is so broken. This makes me so sad."

It's not working. Nine people were gunned down at a CHURCH, because we have done nothing. A 15 year old girl was slammed into the grass in her bikini, because we are too busy with our own kids in the pool to care. Young men are being brutalized, humiliated and killed by the police, and we don't demand better, because well....they never pull us over.

Think racism has nothing to do with you? Racism is because of you.

It's because of us.

Racism and white supremacy exist because white people do nothing to stop it. Ask the person sitting next to you to tell you the history of the confederate flag. I bet they can't. Do you know the statistics on officer-involved shootings in your county? I didn't think so. Have you talked to your HR department about why everyone in your office looks exactly like you, or asked your school principal why the black child is on a "behavior plan" and the white child is just "being a boy"? Didn't think so. What happened in Charleston rests on our shoulders.

We have learned by now that when people are grieving, we don't ask them to guide us through helping them. We figure it out. We show up. We do for them what we think we would want for our own families, if we were the ones who were hurting. We carry their burden. We vow to make it better. We yell and scream to whoever will listen, so that their particular kind of loss can never happen again. We raise money, and drive their kids to soccer practice, and stand outside of their elementary school with our arms linked together so that they know it matters to us that they are safe.

Why aren't we doing that for the families in Charleston, and McKinney, and Fairfield, and Oakland?

Why aren't we changing things?

It's because we don't think that it's our problem.

It is our problem, and that makes it our fault.

If you are a mother, a father, a human being, then this is your time. Our country is hurting. Our friends should not have to bear this burden alone, when we are the ones who have let their pain go on this long.

This country needs your voice. What would you want someone to do for you, if it was your church?

I don't want to assume anything about what another human being might want. But I can guess. Isn't it what most of us want? The right for our children to play freely. The ability to worship in peace. The opportunity to be ourselves without having to be responsible for someone else's hate, misogyny, violence, and apathy.

You want those things, right? So why is this so hard to understand?

What would you want someone to do, if it was your daughter face-down in the grass?
You would want a mother to sit her own child down on the bench while she ran to yours. You would want her to speak quietly to your little girl, reassuring her that she would stay with her until her own mom came. You would want an adult to look that officer in the eye, and tell him that he was being watched. You would want a grown-up to mother her, when you couldn't.

If your children, your clergy, your partners, your friends, were being killed every day for the color of their skin, what would you want someone to do? Would you want their "hugs" and "heartbreak"?

Wouldn't that make you feel like shit? If you were the one carrying the burden and the pain, if you were the one being hurt for no reason at all, would you want to spend your energy easing someone else's guilty conscience?

I bet you'd tell them that if they really wanted to help, they should just DO IT. Read a book about it, Google it, brainstorm, whatever the heck you need to do, but then as quickly as you can, ACT on it. Give of your time, your political standing, your platform, your voice, your muscle, your privilege, your faith, your courage.

Stand up at the school board meeting and say out loud that you don't care where "those kids" are bussed in from. They are welcome in your school, because every child is a gift to their classroom, and our schools belong to every single family that goes there.

Ask your local police department about what trainings are in place to ensure that their officers are discussing race, profiling, and excessive use of force. And while you're at it, a kind hello and a wave when a person of a different skin color walks past you in your neighborhood is the polite thing to do. Calling the cops is not.

Look around you. I want you to be brutally honest with yourself about how segregated you are. Look at your church, your temple, your local playground. We have created two Americas, and as long as that stands, we will never be able to unravel the legacy of hate. Ask yourself which America you live in, and why.

Talk to your children. Tell them the truth. Tell them that white folks like them have a history of hurting other people, simply because of the color of their skin. Talk about privilege. Give them examples. Empower them to call it out, to change it, to question, to argue.

Allies are not passive. Allies are not quiet. Allies don't wait for a guidebook on how to make things better. Allies are outraged, because outrage changes things. Social media hand-wringing does not, even though it might make you feel better.

If your children were being gunned down for the color of their skin, how hard would you rage?

This week, the world lost nine human beings as they prayed.

Do you know their names?

Senator Clementa Pinckney, Sharonda Coleman-Singleton, Cynthia Hurd, DePayne Middleton Doctor, Tywanza Sanders, Myra Thompson, Ethel Lee Lance, Daniel L. Simmons, and Susie Jackson were surrounding themselves with love and light in their place of worship, when they were gunned down by an ignorant, racist, hate-filled white supremacist. They were praying. They were gathering together in the glow of God. They were filling their lungs with the sound of community, and expanding their hearts with the strength of faith. As we do. As we all do.

Their killer was born from the seeds of apathy and entitlement. Our silence created a vacuum for hatred to fester in. There are more like him, and they are harder to stop if we look away. Don't look away. Take responsibility for the America that you created, and then get off your ass and fix it.

Our country can't wait any longer.

This post originally appeared on Mama By The Bay.