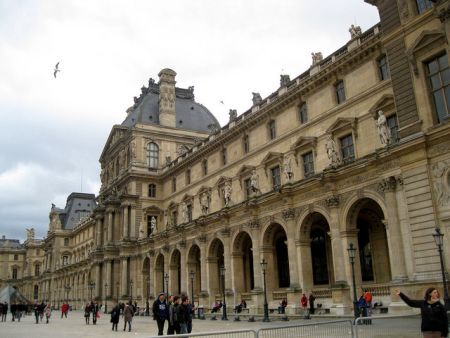 For many destinations around the country -- and the world -- the off-season has arrived. This brief period of time -- usually brought on by the start of the school year and less-than-ideal weather -- can often be the best time of the year to travel. Why? You'll find more deals (both for hotels and flights) and fewer crowds. But traveling during this period often requires a little extra planning. For all of the benefits an off-season vacation has to offer, there are also some inconveniences. U.S. News got the scoop from a few travel-planning experts about where to go and what to avoid during the off-season.

See: Simple Strategies to Save on Your Next Vacation

The upsides
"The opportunity for cost savings is one of the greatest advantages of traveling in the off-season and there are many destinations and vacation options that deliver on that," said Bill Sutherland, senior vice president of travel and publishing for AAA. Because hotels and attractions need to lure more travelers during this slower period, they frequently offer discounts, both for lodging and nearby attractions. With fewer crowds, you can enjoy a more intimate experience at some top attractions in a destination, which may be impossible during busy peak times.

"It's important to remember that sometimes a destination's peak season is not actually the best time to be there; rather, it's the time when school is out in locations nearby, and that's why the crowds arrive and rates go up," said Wendy Perrin, TripAdvisor's travel advocate.

The downsides
Weather tends to be a major drawback during off-season travel. "We recommend purchasing travel insurance in case inclement weather disrupts your trip," Sutherland said.

Additionally, some attractions, national parks, shops, restaurants and even resorts may be closed or close early during these slower seasons. But as a tradeoff, some destinations boast unique experiences you won't find any other time of the year: In Santa Barbara, California, you'll catch the gray whale southern migration from November through March (while also enjoying mild California temps). Meanwhile, in Charleston, South Carolina, it's oyster roast season from December to February.

"I love finding smart, unique reasons to go in the off-season," said Perrin, who shared that in August her family traveled to Mexico's Riviera Maya. "It may have been low-season in terms of hotel rates, but it's actually the very best time of year to swim and snorkel with whale sharks. And that was the highlight of our trip."

Where to go
If you're planning a trip to Europe, consider a wintertime visit. Though the region's cultural capitals will be chilly (think Paris, Rome, London), these locales offer plenty to do indoors. If you're looking to stay stateside, you've got plenty of options here, too.

Sutherland and Jaronski recommend theme park-heavy Orlando, Florida for shorter lines, slimmer crowds and lower lodging rates during the city's off-season (the months of May and September). Brave Chicago's winter chill and you'll be rewarded with budget-friendly hotel and flight prices, plus plenty of indoor activities (including Chicago Restaurant Week), according to Michael Samm from Choose Chicago. The Finger Lakes region in New York is often considered a summer destination, but the area also boasts affordable skiing and lodging in winter and a variety of winter festivals, according to Valerie Knoblauch of the Ontario County Tourism Bureau.

Most travelers flock to Colorado's ski resorts over the winter holidays (which can stretch from Christmas through President's Day), but there are plenty of days in between and early in the season -- considered "off-peak" -- where deals can be found. If you time it right, you can enjoy the same winter activities, while scoring better lodging rates, ski-free deals, cheaper airfare and shorter lift lines.

"Our guests who travel to Vail during these time periods say that they find the mountain is wide open, it's easier to get reservations... and they have more time to do the things they want," said Davy Ratchford, Vail Resort's director of marketing.

What to avoid
Perrin warned against traveling to any islands during the off-season. "The smaller the island, the fewer its resources and the more weather-dependent your activities," she said. "On most Greek islands, for instance, restaurants are outdoors, so if you're there before mid-May or after mid-October, you could be chilly at dinner."

Additionally, ski resorts may close entirely during certain months in fall and late spring or early summer, leaving you with little in the way of activities, aside from hiking and exploring the area on your own.

"The key to planning a successful off-season vacation is research and understanding the pros and cons for traveling during this time of year," said Sutherland, who also advised managing your expectations along with determining what your priorities are for the trip.