From the silly to the serious, Troy Campbell of Duke University's Center for Advanced Hindsight discusses five highlights of 2014 in no particular order with the "advanced hindsight" of psychology science.


#1: The Birth of Modern Charity 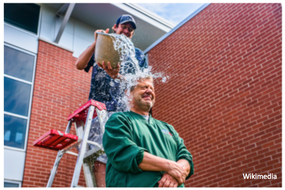 It dominated Facebook feeds for weeks -- everyone from your high school girlfriend to your college roommate to your extended family seemed to join in. The trend swept the nation, yet the question remains: why was the ALS Ice Bucket Challenge so successful?

The ALS Ice Bucket Challenge shows that with successful charity more than just altruism is involved. Social pressure to donate can be extremely motivating and so can self-serving desires to seem clever, cool or in some cases even sexy on social media.

This viral phenomenon vividly demonstrated how most charities succeed: through a cocktail of altruism, social pressure and selfishness. Anonymous donors, donors induced by guilt and donors wooed by the promise of having their name prominently display on a wall have always existed. For the social media inclined, some donors may be tempted to donate or promote in order to have their face posted on Facebook.

So how should we react to the Ice Bucket Challenge's success? With praise or backlash?

It's definitely true that the ALS Ice Bucket Challenge was imperfect, as some people did the challenge for the "wrong reasons," donated disproportionately to one charity, or simply could have given more. But far too often, we let perfect be the enemy of the good (especially when it comes to charity). Moreover, we often expect charity drives to be perfect when humans, as psychological research has consistently demonstrated, are so far from perfect.

As flawed as this phenomenon was, anyone interested in charity or human behavior would be remiss to ignore the lessons the Ice Bucket Challenge has taught us about how to create a viral and powerful, albeit imperfect, charity movement when donors will always be part altruistic givers, part herd-followers and part narcissists. 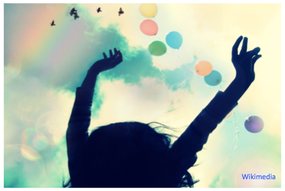 Pharrell's summer hit, "Happy," was the number one song on Spotify this year, and it certainly seems that Americans have started to care more and more about becoming happier.

There were three widely popularized and reported scientific findings this year that helped us understand how to be as happy as Pharrell's song.

I - Experiences. The mantra of happiness research this year was: If you want to be happy, you shouldn't spend money on material goods and yourself, but rather, you should spend money on experiences and on those around you. Amit Kumar and others have demonstrated that experiential purchases versus material purchases provide us with more anticipated happiness, higher long term happiness and better social connections. Also from our center, Lalin Anik has shown that giving to others not only improves happiness, but also boosts productivity. As recent research has demonstrated, it truly is better to give than to receive.

II - Meaning. Modern research has gone beyond feelings like pleasure or enjoyment to explore deeper issues like finding meaning in life, a sense of purpose and the values we hold. For instance, having children can be a source of incredible stress, but it has also been shown to make adult life more meaningful. A number of scientific papers this year explored how obtaining happiness and obtaining meaning can sometimes require slightly different paths.

III - Differences. It's important to remember that what makes you happy does not always make others happy too, something Ed O'Brien, myself and our colleagues found this year that often people don't realize. The science community this year poured out examples of how differences vary across people. One vivid example of this came from Amit Bhattacharjee and Cassie Mogilner, who found that younger and older adults crave different types of happiness. Younger adults crave spectacular moments of happiness (e.g. meeting a favorite celebrity) and older adults crave more mundane everyday happiness (e.g. relaxing with relatives). I recently wrote about how I learned this first hand, when my grandpa sweetly explained to me how just mudanely being with his wife made him happier than anything.

#3 The Desire For Authenticity 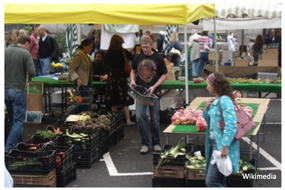 Today, people want natural ingredients in all aspects of their lives. People want it in their foods, their local products and even in their favorite televisions shows. Well-developed characters, flaws and all, are becoming a trademark of primetime cable television. We need look no further than the spectacular success of the drama Breaking Bad or new age sitcoms like Louis CK's Louie and Lena Dunham's Girls. These shows demonstrate that there is a new currency of authentic self-expression and honest presentations of one's flaws. From food to entertainment to beauty there's a real big push to "be real."

At psychology conferences, one can already see authenticity becoming one of the next big topics in consumer science. However it is going to prove to be a complicated one. For instance, new research looks at how the desire for "authenticity" can lead to some nasty results, like the exclusion of others. Today, many groups have become quite hostile to people who are not "authentic." Some controversies like #GamerGate and handwringing about "fake gamer girls" shows one of the perils of the pursuit of authenticity when combined with ugly cultural prejudices.

#4 The Album You Had to Buy 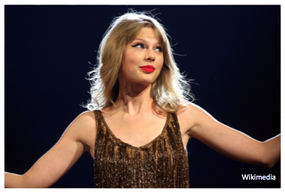 When Taylor Swift removed her music from Spotify, the world responded by purchasing her new album, 1989, en masse. It's interesting to wonder, though, whether the people who actually bought her album ended up liking it more or less than if they had just streamed it? The answer according to psychological science is almost certainly "yes."

When people buy things, they experience those products differently due to a process called "effort justification." People like products and care for them more when they put more effort or money into them.

Taylor Swift also made her album a quasi-symbol of social status, since it became more difficult to acquire. Owning and being able to talk about such a culturally relevant album required actually purchasing it. This way, owners of the album came to feel more like devoted fans or the culturally savvy, since the uninitiated can't listen for free. As research from this center has previously shown, this feeling of exclusivity and mastery changes (and improves) one's relationship with the product.

#5 The Role Of Science In Society 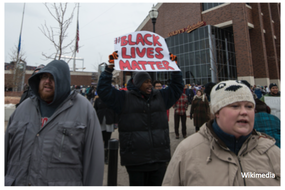 For a long-time now, social scientists have shown there are still damaging systematic racial biases at work in America. The protests that marked the end of 2014 have shown the powers and limitations of social science's ability to create positive social change.

Social science can be powerful. For instance with the existing social science data, we were able to answer questions like, "Are there racial biases in people's minds that support the notion that people in power treat people of different races differently?" The unambiguous answer to this question is "yes." So even if there was ambiguity about the role of race in some of the powder keg incidents behind the protests over the topic of race, the larger data does support the need for systematic changes that address race.

But the protests have also shown the limitations of social science. Science alone rarely leads us to social change. Good science must also be paired with promotion, education and wide spread communication. Additionally, it depends on social action and the attitudes of the broader culture. It's not always easy to get people to believe science when the results are inconvenient or cause "solutions aversion."

#6 Bonus
The Problem of Solution Aversion 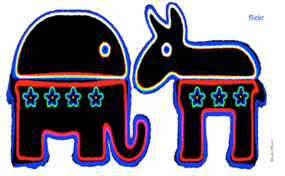 This year was full of "solution aversion," a term my colleague, Aaron Kay, and I coined to describe the act of denying a problem when one doesn't like the solutions. This research received an abnormal level of media buzz, reaching the top of popular news aggregators like Reddit, we think because it neatly and clearly encapsulates the biases in politics that frustrate so many of us these days.

Particularly, we find that when solutions to problems conflict with people's political ideologies, people are more likely to deny the problems exist and the scientific evidence behind the problems. One example we used was the problem of climate change. We found experimentally that the more people dislike the proposed political solutions to climate problems, the more likely they were to deny the existence of the climate change problem.

These findings also received and gained a life of their own via blogger-commenters who used our political findings to highlight how solution aversion can also generally be problematic in today's personal decisions. For marital, health and career problems, many pointed out the aversive solutions like therapy and dieting can start to warp views about the actual existence of problems.

Looking Back and Looking Forward

--------------
Troy Campbell is a researcher at Duke University's Center for Advanced Hindsight.