We start every new year with the feeling of a clean slate, a time that we can set our goals and intentions and actually make the changes we want to see in our lives, to get rid of those nagging bad habits and usher in some good ones. But by February, many of our resolutions are already abandoned or forgotten. So why do we struggle so much to follow through with the resolutions we set for ourselves?

We may simply be going about the business of creating resolutions entirely the wrong way. We're focusing on broad goals and hopes, rather than creating a roadmap for the formation of good habits.

It's difficult to underestimate the significance of habit in driving our actions and behaviors -- and they're what determines whether our resolutions are kept or crumpled up and thrown in the trash. According to Charles Duhigg, New York Times reporter and author of The Power of Habit, routines and habits are a powerful force underlying much of our behavior -- studies have found that habits can shape up to 45 percent of the decisions we make each day.

Duhigg writes in The Power Of Habit:

Most of the choices we make each day may feel like the products of well-considered decision-making, but they're not. They're habits. And though each habit means relatively little on its own, over time, the meals we order, what we say to our kids each night, whether we save or spend, how often we exercise, the way we organize our thoughts and work routines have enormous impacts on our health, productivity, financial security and happiness.

The psychology of habit formation can provide game-changing insight into how to create resolutions that stick. Here's a scientifically-verified, five-step plan for keeping your resolutions in 2014. 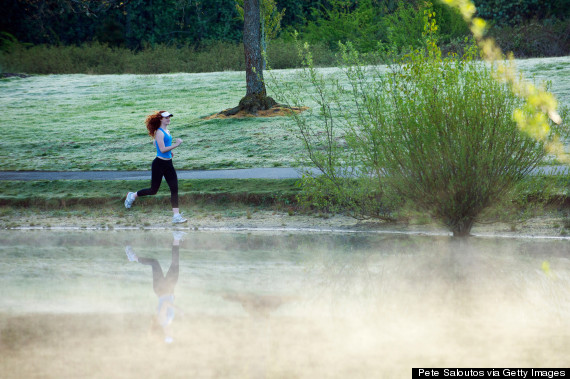 The number-one reason we're unable to keep our resolutions, according to Duhigg, is that we're simply designing them wrong.

"People design them incorrectly -- very often they write out a list of goals, rather than writing a list of actions they're going to take and thinking hard about how to structure those behaviors so that they become habits," Duhigg tells the Huffington Post. "Someone will write a resolution that says, 'I want to exercise more,' or 'I want to lose 15 pounds' -- which is great, that's a great goal to have -- but every study tells us that if you pose things in abstract, goal-related terms, it's much less likely that you will accomplish it than if you structure it as an actual activity."

If you've written a list of goals, try restructuring them in terms of realistic, actionable items ("Only eat one dessert per week," "Install and use software to block distracting websites at work"). Once you've turned the goal into an activity, break it down into component actions -- buy new running shoes, go for jogs around the neighborhood on Mondays and Fridays at 6:30 a.m. -- detailing the steps you will need to take to ensure that activity gets done. Breaking the action down into steps can help, over time, to turn it into a habitual behavior. 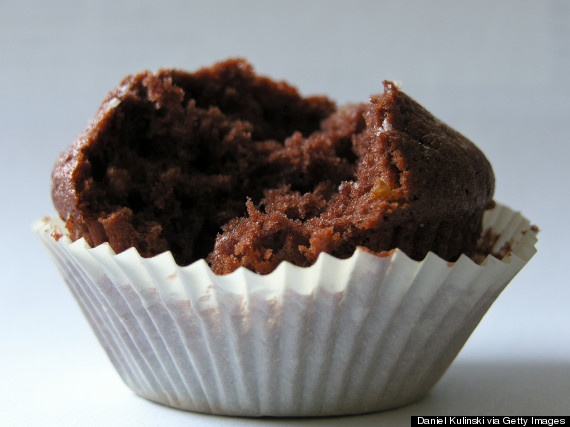 Every habit has three components, known as the "habit loop": First, there's a cue which triggers the habit to start and makes your brain go into autopilot mode, then the behavior itself, and then a reward, which is how the brain learns to remember and crave this pattern.

So if your resolution is to lose weight and the activity you've decided on is to exercise twice a week, you will need cues and rewards to get that action to become habitual.

A cue can be a time of day (will you go to the gym at 6:30 a.m. before heading to work?) and also a reminder (your gym bag sitting next to the door. When you actually go out for a run, you need to trick your brain into liking the activity by offering it a reward.

"You have to give yourself a reward that is actually, at some point, going to inspire a craving, and to help your brain associate this behavior with something it enjoys" says Duhigg.

Some studies show that you should give yourself a piece of chocolate after you go to the gym -- it may sound counterintuitive, but it can help you trick your brain into adopting the pattern. Even taking a bath or letting yourself relax for 10 minutes after the workout can inspire the habit, says Duhigg. If you make the activity unpleasant -- you're rushing to work afterwards and feeling stressed -- your brain will be more reluctant to encourage you to perform the activity again.

"So instead of having a goal, break it down into, 'I'm going to go running twice a week in the morning,' and have a cue and a reward that makes this behavior easier over time," says Duhigg. "That helps the brain latch onto it as a habit." 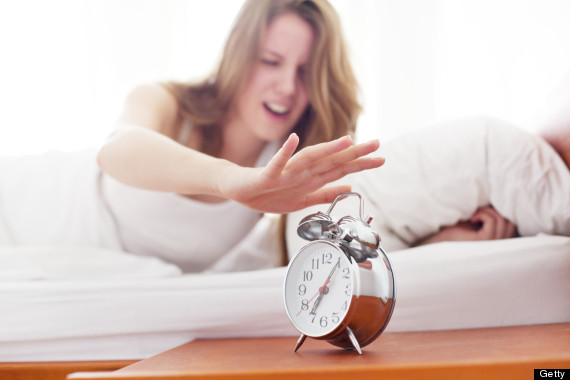 Another major resolution mistake is failing to anticipate the obstacles that will inevitably get in the way of your action. So if you're planning to go running outside in the morning and you know it will be cold the next day, make sure the night before that you set out a pair of gloves and an extra-warm jacket for yourself so that you'll be prepared and know that it will be cold but you're going to stick to your resolution anyway. If you fail to give it any thought, there's a good chance that when 7 a.m. rolls around, you won't want to leave the comfort of your bed.

"People fail to anticipate what the obstacles are going to be, so in the heat of the moment when you encounter that obstacle, it's kind of devastating, and it totally throws you off your stride," says Duhigg.

But anticipating obstacles ahead of time can help you stay on track. In psychology, this is known as the hot-cold empathy gap, a cognitive bias that can significantly influence our decision-making processes.

"If you anticipate an obstacle when you're in the cold state, when you're not in the heat of actually facing the obstacle, and you come up with a solution, it's much easier and much more likely that you'll follow through on your plan," explains Duhigg.

It is possible, and to a certain extent helpful, to develop avoidance tactics to employ when faced with a temptation, but the most effective thing to do is to anticipate the roadblock ahead of time.

4. Acknowledge that setbacks are part of the process. 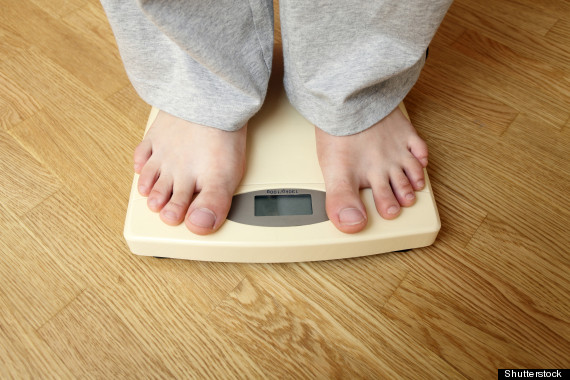 If your goal is to lose weight, for instance, it's important to acknowledge and accept that breaking your diet, gaining a pound or two, or plateauing before you reach your goal weight is simply part of the process. These setbacks even get you closer to your goal.

Studies have shown that roughly 80 percent of smokers trying to quit the habit relapse six to 10 times before they quit for good. Duhigg explains that usually the first couple times people relapse, they feel bad about it and may beat themselves up, but starting around the third or fourth time, they instead begin to look for what might have caused the relapse and try to learn from it.

"One way of looking at [a setback] is, 'I'm a total failure, I shouldn't even try again,'" says Duhigg. "Another way is, 'I'm one failure closer to actually quitting'... You shouldn't beat up on yourself too much for giving in. What you should do, once you've recovered from it and you're back in the 'cold' state, is say, 'What happened this time? What did it fall apart?' What am I going to do differently?'"

5. Focus on one resolution at a time. 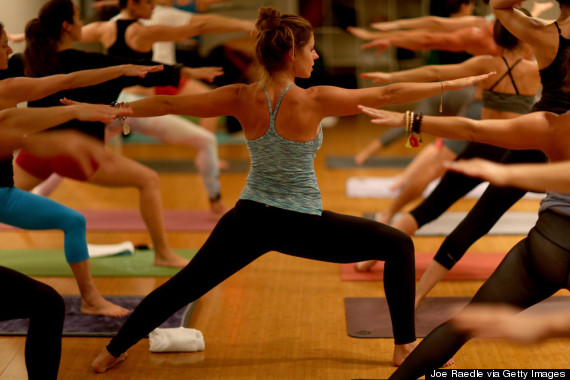 When setting our New Year's resolutions, we tend to make long lists addressing everything we want to change in our lives. And while it is important to reflect on where you are now and what you'd like to accomplish in the next year, the more effective path to following through on your resolutions is to focus on one at a time, starting with the one that's most important to you.

"All the available science says to focus on one thing at a time," says Duhigg. This is primarily because we know that some habits are more important than others, and also have the power to shape other habits. These are known as keystone habits, a central habit that can help you create a number of others habits once it is in place.

"When keystone habits start to change, they set off a chain reaction that changes other habits, almost unconsciously" says Duhigg. "People who start habitually exercising tend on average to eat better. They also tend to use their credit cards less and procrastinate less."

So instead of creating a massive list and attempting to chip away at each goal whenever you have the opportunity, focusing on the most important goal may actually help you to achieve the others naturally. Start going to yoga class a few times a week, and you might find that the rest of your goals gradually fall into place.