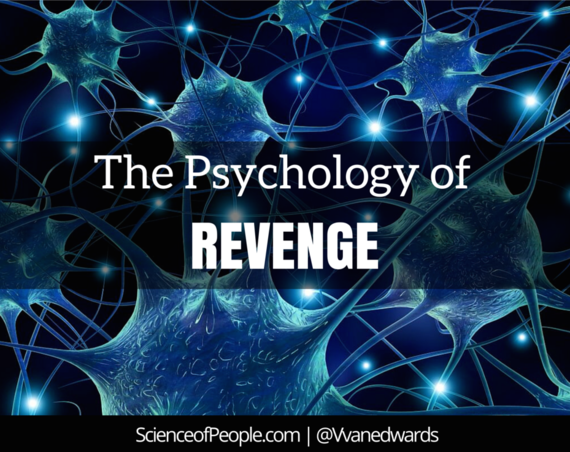 And it made me very, very angry. Like foot-stomping, slobbery-snarling, pirate-cursing angry.

Let me back up... I give a slice of my heart and thumb every time I write for Science of People's blog. (Don't worry they regrow pretty fast.) Basically, I love writing for them -- and am so grateful to those who read it!

I am constantly looking for ideas, pictures and article topics in my daily life and have pages and pages of notes for possible posts. I spend weeks honing topics, finding research and coming up with titles to make sure that everything we put up is extremely relevant (and of course anti-boring!)

So I was more than miffed when I noticed a fellow blogger was poaching our blog topics. About two or three weeks after we would come out with a post, we would see a strikingly similar post go up on their blog -- citing the same research and quotes!

Bah! It made me so mad! He was stealing all of our hard work and watering down the topic. My first instincts:

It was such a powerful feeling that I began to research the psychology of revenge and discovered the scientific seeds of this article. Before I get into how I dealt with this blogging monster, here's what I found about the science and psychology of retribution.

Revenge (n) the action of inflicting hurt or harm on someone for an injury or wrong suffered at their hands; the desire to inflict retribution.

It's the juice of so many TV dramas and movie sagas, but should it play an important role in our real lives?

I want to explore the dark, secretive and mysterious science and psychology of revenge. As much as we hate to admit it, revenge is one of those intense feelings that comes up for every single human being.

Have you ever been wronged and wished you could punish the perpetrator? This desire is wired within us. Revenge is a powerful internal force we must seek to understand.

The science of revenge:

A group of Swiss researchers wanted to know what happens in the brain when someone reaps revenge.

They scanned the brains of people who had just been wronged during a game in the lab.

The researchers then gave the wronged participant a chance to punish the other person, and for a full minute as the victims contemplated revenge, the activity in their brain was recorded.

Immediately, researchers noticed a rush of neural activity in the caudate nucleus. This is the part of the brain known to process rewards.

Big idea: This study found that revenge, in the moment, is quite rewarding.

However, they wanted to know one more thing: Does revenge keep rewarding?

The long-term effects of revenge:

We often believe that exacting revenge is a form of emotional release and that getting retribution will help us feel better. Movies often portray the act of revenge as a way of gaining closure after a wrong. But in fact, revenge has the opposite effect.

Even though the first few moments feel rewarding in the brain, psychological scientists have found that instead of quenching hostility, revenge prolongs the unpleasantness of the original offense.

Instead of delivering justice, revenge often creates only a cycle of retaliation.

"A man that studieth revenge, keeps his own wounds green, which otherwise would heal." --Francis Bacon

What to do with revenge:

Revenge re-opens and aggravates your emotional wounds. Even though you might be tempted to punish a wrong, you end up punishing yourself because you can't heal.

There is a healthy way to deal with these feelings that can help you heal and give your brain the same amount of rewards without the consequences.

Are you ready for it? This one comes from the amazing, prolific, Frank Sinatra. In his words:

The next time you feel the dark tendrils of revenge creeping into your soul, I want you to take that intensity and put it towards succeeding.

Put it towards your goals.

Put it towards hustling to get what you want.

Put it towards growth.

Get the reward center of your brain pumping by thinking about how sweet it will feel when you meet your goals. This shifts the focus onto you and your mission and makes your perpetrator irrelevant -- which is exactly where they should be.

As you might have guessed, I did not rain farts upon my competitor's blog. I did not shoot arrows at his articles. I did not seek retribution. After reading this study, I decided to completely turn away from what he was doing and focus all of my energy into making our blog even better.

His content stealing actually gave us one of the best insights we could have ever had about our blog:

This poacher inspired me to level-up our posts. Instead of posting basic steps and bullets, I pushed our team to come up with creative graphics, film and edit cool videos and not post articles until we had really good real life examples.

Yes, this made it much harder for him to steal our posts (and now he only does it occasionally) but more important, it made our blog better for our readers. We started getting more shares, comments and likes. Hoorah!

So here we go:

Thank you for stealing our content. You made us work harder.

Next time you feel revenge, take that energy and put it into being better.

It's your time. Focus on your success, not your revenge.