Shopping for a new chair? Whether you're perusing furniture showrooms or garage sales, there are dozens of options to chose from - even before you start to consider fabrics and finishes. High-backed upholstered chair or chaise longue? Club chair or (God-forbid!) recliner? Psychologists have researched the psychological implications of the ways we sit, and what they've learned makes it clear that chair choice should be based on a lot more than aesthetics.

While choosing chairs, stable is (obviously) better than tippy. Wobbly seats can be inconvenient (think sloshing drinks) and interestingly send less than optimal messages about the owners' readiness to entertain guests, as well as their financial state. In a study, Kille, Forest and Wood from the University of Waterloo also found that sitting on slightly unstable chairs next to similarly tippy tables influenced opinions about the interpersonal relationships of particular celebrity couples. Surprisingly, they seemed less stable to study participants who were sitting in tippy chairs than to people sitting in more steady ones. People sitting in the wobbly furniture also, when asked, were more apt to rate stability as important in their relationships than people sitting in more stable furniture. 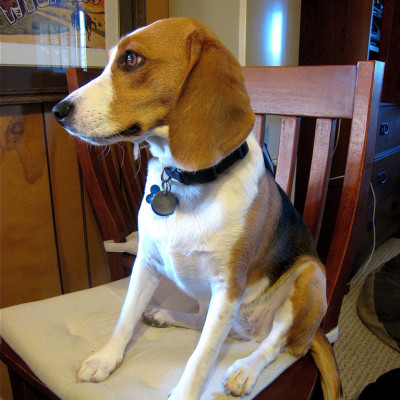 In addition, chairs make particular postures more likely - and your mother was right, posture does matter. People sitting up straighter have more positive views of themselves than people slouching, Brindi, Petty, and Wayner learned. Also, sitting so that we take up as much room as possible, say in a recliner that's well, reclined, or stretched out along a sofa, puts us in an open, expansive posture that's known as a high-power position. And being in a high-power position influences the chemical stew in our brains according to research done by Carney, Cuddy, and Yap. They linked open, expansive seating with feeling more powerful and having a higher tolerance for risk. Alternatively, sitting in a closed posture was associated with the reverse sort of thoughts. Harmon-Jones and Peterson have also found that people who are reclining get less angry when provoked than others in the same sort of situations who are not reclining. Remember those old sitcom scenes when parents (usually the Dad, but let's broaden our thinking to include Moms) made themselves comfortable at the end of the day in recliners? Maybe the set designers for those programs were illustrating useful furniture options for families with teenagers

Seat padding also matters. Ackerman, Nocera, and Bargh found that people sitting with more or less padding under their butts behaved differently during bargaining sessions. Participants in their study who were sitting on harder chairs without cushions drove harder bargains than those sitting on softer chairs.

There may even be benefits to sitting on exercise balls. Kilbourne had university students sit on these during class. Students reported being better able to concentrate and participate in class discussions when on their rolly seats than when sitting in conventional chairs.

Lastly, Duncan, Kazi and Haslam learned that sitting for longer periods of time at work is correlated with sitting for lengths of time outside of work as well. They also linked more time sitting at work with decreased mental well-being. So no matter what chair you pick, it's probably best to minimize your time in it.

Applied environmental psychologist and principal at Design With Science