The Public Health Message of House of Cards, Season 3
A Series Review
Lloyd I. Sederer, MD 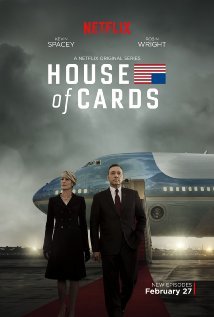 As just about everyone in North America with a television knows, Netflix released Season 3 of House of Cards in its now customary all-at-once fashion on February 27, 2015. Some reviewers (and viewers) hunkered down to digest the 13 episodes in the course of a day or two, but it took me more than a week.

For me, as a public health doctor, I was intrigued by the centerpiece of President Underwood's domestic agenda, which is what I write about here. Forgive my bypassing the president's international chess game with Russian President Viktor Petrov (Lars Mikkelsen, a remarkable Putin look- and act-alike) and efforts to bring peace to the Middle East. That is for the likes of foreign affairs experts to comment upon, not me. Back home, however, with an ailing economy and unemployment ripping at the fabric of the United States, Underwood needs a game changer. He needs a dramatic, disruptive policy drawn from his utterly shrewd sense of how to control politics, people, and the future of this country.

President Underwood's popularity is in a deep ditch, his fellow Democratic leadership bent on getting rid of him, and Congress is enemy territory. He thus sets his sights on a jobs program for 10 million Americans, "America Works," with a cost of $500 billion. His guiding light is Franklin Delano Roosevelt and the Public Works Program of The New Deal, which used federal money and rather unfettered power to give Americans jobs during the Great Depression.

House of Cards and its veteran writers and producers construct for President Underwood a domestic agenda built on the premise that joblessness is a public health emergency. (For more on what determines your health, please go to askdrlloyd.com.) Brilliant, since in fact, from a public health perspective, it most certainly is. The means by which Underwood enacts his jobs plan infuses ample doses of moral tension to Season 3, as does how he contends with recalcitrant legislators and DC titans.

President Underwood's jobs program to decimate unemployment is most unconventional, highly creative, and evidently not illegal. He invokes The Stafford Act. This legislation gives authority to the president during major disasters or emergencies to deliver federal disaster assistance to states and local governments to aid impacted citizens. We mostly know this Act from the agency that carries out its responsibilities -- FEMA (The Federal Emergency Management Agency), which reports to the Executive Office, not Congress. Absent jobs, Underwood argues, Americans are subject to the ravages of unemployment -- not unlike how they suffer from the devastation of a hurricane or the bombing of one of our cities.

The public health consequences of joblessness are legion. Depression, anxiety disorders, and physical complaints without evident medical cause are highly prevalent among the unemployed. Rates of suicide go up during recessions, with the unemployment they produce. Unemployed men (better studied) take more medications, make more visits to doctors, and spend more days in bed than those employed who have comparable health. Unemployment corrodes family cohesion. Joblessness is highly associated with homelessness and rates of incarceration -- which mask true unemployment rates. Joblessness also contributes to domestic violence.

The House of Cards president has it right: We need to fix unemployment in the USA. President Underwood bets his presidency on a jobs program, slickly named America Works. But he has no way to fund it. Not letting that stand in his way, Underwood declares unemployment dangerous to the health of America.

For the Underwoods, ambition trumps propriety and ends justify means. Can the public health exigencies of unemployment warrant executive action, as we support in a disaster and other emergencies? President Underwood astutely believes so, and acts unilaterally on his jobs program by drawing down billions of dollars of FEMA appropriations to pay for it. He seems like an FDR visionary who employs LBJ tactics.

Frank Underwood, dating back throughout his made-up TV career, is of the school of "GSD" (Getting expletive Done), notwithstanding his own self-serving ambitions. The stasis and political posturing, over so many years in this country, does create a yearning for action in so many of us. Characters who take matters into their own hands when bureaucracy cannot (or will not) act is no doubt part of the appeal of many movie and film protagonists who go rogue, including those in House of Cards.

Dr. Sederer's book for families who have a member with a mental illness is The Family Guide to Mental Health Care (Foreword by Glenn Close) - now available in paperback.