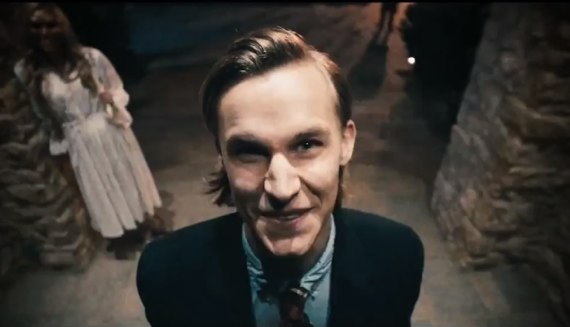 Over the weekend, The Purge -- a movie with a minuscule $3 million budget -- took home a staggering $33.7 million at the box office. If there's a negative to be taken away from that success however, it's that The Purge earned a C-grade from CinemaScore -- a company that tallies the audiences' reaction to a movie. Now, a C might not sound that bad, but it is when it comes from Cinemascore.

Put it this way, After Earth -- a movie that was widely panned and is currently sitting at 11 percent on Rotten Tomatoes -- earned a CinemaScore grade of B. Another critical flop, The Hangover Part III, also earned a B-grade. It seems that as long as the audience gets about what they expected from the film's marketing campaign, they will hand out a solid grade. It's when the audience feels that they've been tricked that we get into trouble with these CinemaScores -- which is where The Purge comes in.

The same thing happened to Drive in 2011. Drive -- beloved by critics -- earned a C-minus on CinemaScore because it, too, was sold as an action movie with a lot of car chases. Funny thing: for a movie called "Drive," there isn't a lot of driving -- but there is a lot of gory violence. Again, audiences felt tricked, hence the bad score.

The Purge has one of the more interesting concepts for a movie to come along in quite some time. One night a year, for a 12-hour period, all crime is legal. I am not what most people would consider a fan of horror movies, but even I was sold on that premise: it was unique and, yes, I wanted to see what happens when there are no laws for a 12-hour period. I wanted to learn more about The Purge -- and so did a lot of other people this past weekend.

The disappointing aspect of The Purge and all of its endless possibilities is that the narrative of The Purge takes place almost entirely inside the home of a man named James Sandin (Ethan Hawke) who is trying to defend his family. Now, with its minuscule budget, this small-scale approach makes sense -- but the fascinating concept of The Purge is used as a backdrop only to what is basically a home-invasion movie. The problem is that the movie was sold on the idea of The Purge, but audiences didn't get to see much of The Purge. Audiences got to see Ethan Hawke defend his family against some college punks. (In the sure-to-happen sequel, now that there will be some money to work with, I hope we will get to see more of the actual Purge and learn more about the politics that were hinted at during this first movie.)

In a summer cluttered with more sequels and more remakes, the success of The Purge is a nice story. It's the little movie with a big idea -- it's just a shame that it did such a good job of selling that idea without delivering on that idea. Audiences don't ask for that much. In a world where a bore of a movie like After Earth can earn a B, the lesson from CinemaScore is: you can deliver a mediocre movie -- or even a bad movie -- just don't trick the audience into seeing your movie.