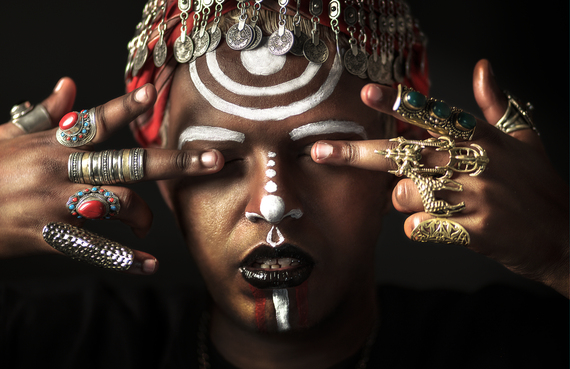 I first watched Disney's "Sleeping Beauty" in 1991. I was seven years old and had recently arrived from Somalia in Kenya, where my family had settled in a small but multicultural neighbourhood in Nairobi. We had escaped the civil war in Mogadishu, and had found ourselves in a new country where being Somali was considered a dangerous and criminal cultural affiliation.

Due to the overwhelming influx of Somali immigrants into the country the Kenyan authorities created a witch-hunt in which all Somalis, documented and otherwise, would be deported or extorted. It was a time of justified paranoia, commingled with a strange sense of possibility because, despite being greeted with hostility by our host nation, my family and I had survived civil war.

I withdrew into the world of Disney fairytales. My best friend and neighbour at the time, a Rwandan kid whose English was as faulty as mine, would invite me over to his house for hot chocolate, cookies and potato chips as we watched French translations of all the Disney classics. So, whilst members of my community were being stopped and searched on the street and sent packing to refugee camps or - worse - Somalia in its civil war heyday, my seven-year-self was cocooned in my friend's living room, watching "Sleeping Beauty" and marvelling at the disparity between the gorgeousness that was spilling from the TV screen and the nightmarish harassment that my fellow Somalis were experiencing on a daily basis.

I found myself revisiting those scenes decades later as I was writing my debut collection of short stories, "Fairytales For Lost Children". The book is about the lives of LGBT Somali youth living in Nairobi, Somalia and South London. Every fictive act is an attempt to correct the past. The title story mirrors my own experiences to a certain extent. It follows a ten-year-old Somali boy recently arrived in Nairobi whose parents cart him off to Kindergarten in order for him to learn English. I wasn't the brightest kid on the block and so did not clock that kindergarten was not the right place for a ten-year-old. I was essentially in the same class as my five-year-old sister, albeit in different schools, so as to spare me - and her - too much embarrassment.

The story is about a young boy, Xirsi, who falls for another boy in his classroom called Ivar. Xirsi, reared on delectable Disney propaganda, imagines himself as Sleeping Beauty to Ivar's prince. In the midst of all this, Xirsi's parents are petrified that their small family will be deported back to Mogadishu as a result of the Somali witch-hunt that galvanized the Kenyan authorities at the time. 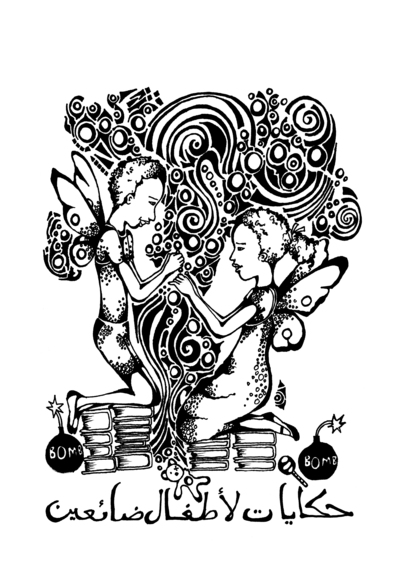 I realized only in hindsight that my queering of the Sleeping Beauty narrative was an unconsciously political act, that in fact every appropriation of any cultural text is an inherently political act whether we acknowledge it or not. I realized it was important for me to write this story in this way because gay children are so often underrepresented in, if not wholly absent from, fiction, and I wanted to present an image of a gay child being ripped away from the cocoon of fairytales and being thrust into the often traumatizing adult world.

As I wrote this story I remembered my obsession with Princess Aurora as opposed to Action Man figurines. I remembered the feeling of existing between two contradistinctive worlds. I remembered that childhood is often very scary. I wanted to capture these emotions, a lepidopterist pinning fugitive butterfly memories to the cork of the page.

The story was written over the course of two months. I was obsessively trying to pinpoint the language of the protagonist, a mash-up of poetic syntax mixed with Kiswahili, nineties hip-hop slang, Italian, Somali and English. I was inspired by the way Junot Diaz used Spanglish so effectively in his writing without any need for italicizing the non-English terms, and so when I handed my manuscript to my editor he was respectful of the fact that I had taken a similarly political route in not trying to explain any of the non-English terms to English-language readers. It was a gamble that has paid off.

As I write this, I am sure there are countless gay kids from Kuala Lumpur to Kinshasa watching delectable Disney propaganda and imagining themselves as Cinderella, Snow White, Ariel or Elsa from "Frozen" and dreaming of new ways to customize those fantasies to fit their reality.