If you've ever spent countless hours playing Super Mario Bros. (and loved it,) then you're in for quite a treat!

8-Bit Lit, the designers behind "The Question Block Lamp," have taken to Kickstarter to raise funds to bring their Luigi and Mario-approved lamp to market. Though they don't directly attribute their inspiration to the Nintendo hit, there is quite an uncanny resemblance. (Take a look for yourself and you'll see why we think it looks and sounds like Mario smashing a Coin Block!) 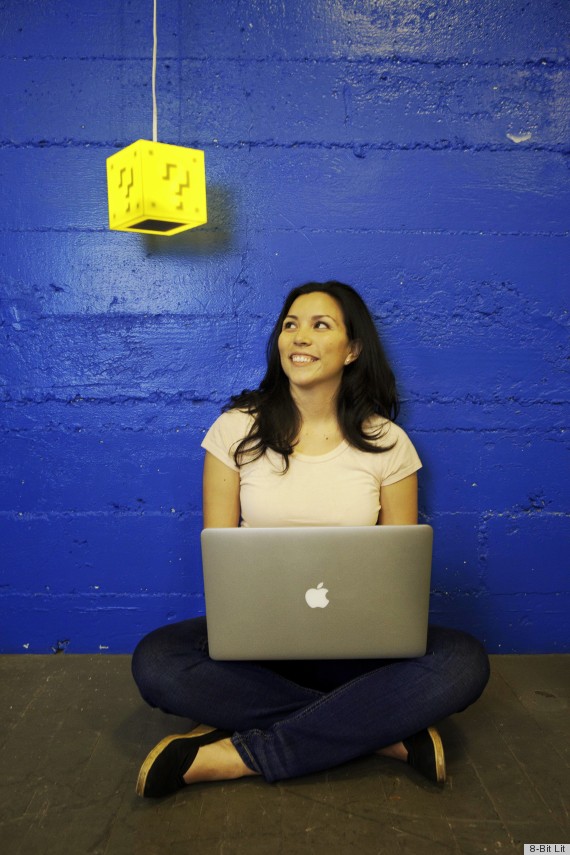 According to 8-Bit Lit, the product is simple to set up, energy efficient and adaptable to any space. Those features are great, but what really caught our attention was the experience of turning the lamp on. With a light tap (or punch!), the fixture lights up and makes a "gold coins" noise with an occasional "1 up" sound effect. According to their page, the product is a "video game inspired, interactive lamp for your inner geek, gamer and child."

We learned from their video above that the idea originally started out as a small operation building prototypes for family and friends. After popular request, the team then decided to open an Etsy Shop. Now, aiming to drive costs down and reach a broader audience, the 8-Bit Lit company is hoping to gain $100,000 of support (and they're more than halfway there.)

If they reach their Kickstarter goal by July 18, the team plans on reaching out to manufacturers to negotiate production. To learn more about the project, be sure to watch the accompanying video. You can also head over to their Kickstarter webpage.

For more unusual lamps, be sure to flip through our slideshow below.