Commuting home a couple of weeks ago, our train passed one that had derailed. One of my neighbors was sitting across from me, and we talked about it. I wondered out loud: Could a train derail while it was on an overpass and fall? When the ticket taker walked by, I asked. "Most times when trains derail it's on ground, but yes, it could derail on an overpass," he said. I grimaced, and he grinned at me and said, "It's like my mother used to say: If you don't want to know, don't ask."

I definitely have that problem, especially when it comes to Max. From the second we knew something was wrong, I asked doctors and nurses a million questions including ones that didn't do Max or me any good. "He's arching his back, is that normal?" (No.) "He's thrusting his tongue, is that normal?" (No.) "Have you ever seen a baby who had a bilateral stroke?" (No.) "Is it worse to have a stroke or be a preemie?" (Can't answer that.)

Over time, I learned to quit torturing myself like that, although it's not possible to control information people share. Like the neonatologist who informed me that the only moms he'd ever met who had babies with strokes, as Max did, were crack moms. Or the recent form I got, attached to a poster Max had drawn at camp that won an award. It stated his disability (cerebral palsy) and that his "level of function" is "mid," which I assume means mid-range.

It was a shock to see. I never think of Max that way.

The best piece of advice I ever got about raising a child with special needs was to look at how he's doing, not at his medical records or the X-rays of his brain with all the grayish-white blobs where the damage occurred. The film and paperwork are tucked away in a closet. What I see is a sunny kid making progress as best he can, a kid who's defied the doomsaying doctors. Cerebral palsy is just one part of who Max is; it doesn't define him. 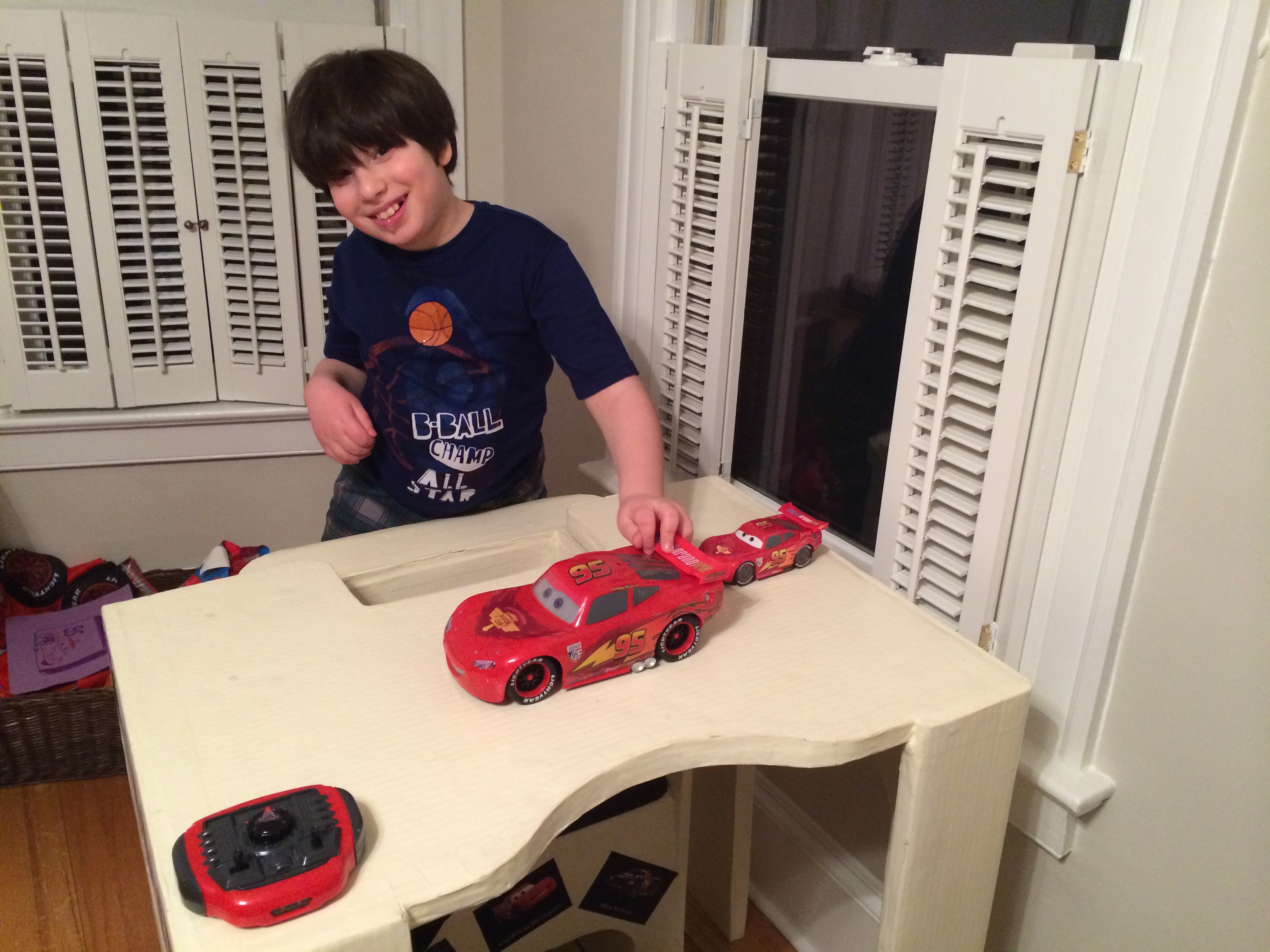 When we go to annual visits to the pediatrician, neurologist and physiatrist, I bring a long list of questions about Max's care and treatment. I am constantly emailing his teacher and therapists about stuff that will help him. But I don't ask about things that will only distress me.

Given this, I am really perplexed about why I did the following. While we were having lunch at home recently, Sabrina glanced at Max and said, "Why are his eyes so big?" She meant his pupils. Sure enough, his were dilated. And it wasn't just the lighting we were in, because after that I noticed that his pupils were always in that state. It wasn't something I'd ever picked up on before.

I emailed the neurologist. Was it the seizure meds, I wondered? No, he wrote back: "It's his baseline neurological tone, as a consequence of the strokes."

My heart sank. I started thinking about the brain damage, and whether neurons had formed new connections and networks around the damaged areas. What would his brain look like if we took X-rays now? Dave and I have never wanted to, and the neurologist hasn't thought it necessary. If Max's brain didn't show improvement, we'd get upset. And if it did, well, that wouldn't tell us anything we didn't already know about his functioning -- or give us clues into his future. But there I was, sadly pondering how Max would be different if the damage had happened in different parts of his brain, or if the stroke hadn't been so large.

The sad, dispiriting, freakout thoughts I try to avoid.

I was annoyed with myself for asking. I'd had a feeling what the answer would be, and I didn't need to know. The information tells me nothing about Max, his abilities and who he is.

I haven't been thinking too much about it since, nor have I been staring into Max's eyes to check on them. Well, maybe just a little bit. Soon enough, I hope, I will bury that piece of information in my brain, like the medical records and X-rays lying in the depths of the closet. And once again, all I'll see is Max.

This post originally appeared on Love That Max. More from Ellen Seidman:
20 reasons to respect my child with special needs
Disability rip-offs: You want me to pay 30 bucks for a spoon?
A trend that will change our kids' future: 3D printing