Upon hearing the name “Richard Simmons,” you’re likely reminded of a handful of things: the hair, the outfits, the dancing.

Yet none of these associations ― these bits of iconography connected to Simmons and his exercise legacy ― speak to the multifaceted and goodhearted person Simmons truly is.

“Missing Richard Simmons” launched earlier this month, asking viewers a simple question: What happened to Richard Simmons? The exercise sensation has seemingly fallen off the face of the earth in the last few years, abandoning his workout classes, devotees and, most unfortunately, his friends. The public intrigue behind this question, percolating for the past three years, has driven the podcast to the top of iTunes’ charts.

Taberski, as he explains in the podcast, was friendly with Simmons ― he regularly attended his Los Angeles classes and has, on occasion, visited Simmons’ home. After a bit of digging, Taberski found that potentially thousands of others had established similar relationships.

In short, Simmons was this bubbly, friendly guy who would prolong going to the hospital for an injury just to take a photo with a fan. He’d make daily calls to someone he’d met one time, who lived across the country, just to check in on them. He’d drive elderly fans to classes when they couldn’t make the trip at night.

So, how does someone who gives the world so much goodness decide to make a complete 180 and disappear? I talked to Taberski on the phone about his endeavor to find Simmons and what drove him to embark on this podcast.

“I think there’s a lot of answers to that,” Taberski explained. “I am extremely worried. I am concerned. I do think something’s going on. I don’t know what it is. I don’t mean to get grim here ― I’m hoping everything’s great. I’m hoping at the end of this process Richard and I reconnect and get to talk and he gets to go live the life he wants. I hope the hundreds of people who loved him and are his friends and don’t understand what’s going on, that they get an answer too. I hope that’s what happens.”

He took a pause before elaborating further.

“There are countless stories of celebrities who just want to be left alone,” he added, “and people have thought there’s something wrong [when there’s not]. But then there are others where you hear about the horrible ending that they’ve had. I’m not saying that’s what’s going to happen to him ... He’s not just retired. He’s not just taking time off. He’s not still working behind the scenes to continue the work he’s been doing for the past 40 years. That’s all been abandoned and [his management and publicist] are not acknowledging that. There’s something scary about this that I think is worth pursuing.”

The thing about Simmons that Taberski kept coming back to in our discussion was his empathy. Simmons had seemingly boundless amounts of it. According to Taberski, Simmons would wake up at 4 a.m., spending his morning calling up to 50 people a day who “were isolated, alone and lived in the middle of nowhere.” They might have been experiencing problems with their weight, health, self-esteem or levels of happiness. Simmons would listen to their stories and “give to them just empathy ― for free!”

“He did that for a decade,” Taberski said. “He helped thousands, if not tens of thousands, of people with that empathy.”

One can imagine how much effort it takes to be present for so many individuals; how much energy it must take to forge those bonds. In light of this, I asked Taberski if he felt that Richard owed us (the podcast listeners, his friends, etc.) his presence now.

“We’re not owed anything. Straight up,” Taberski replied. “Richard Simmons owes us nothing ... I have a feeling that Richard Simmons is isolated and alone and needs some empathy. I think, and how I see this project, this is a chance for us to return that favor. Sometimes, that requires being a little pushy, but sometimes the best friends are the pushy ones. It comes from love. And I hope he sees it that way.”

Taberski explained that Simmons’ intense relationships with people are what help make the podcast so much deeper than just finding out what he’s been up to.

Taberski said that just as Simmons gave so much to these people, they gave something to him in return. And the general concern for Richard is one that stems from “sheer love, respect and confusion.”

“There’s not a vindictiveness, no one’s like, ‘That asshole!’ It comes from a complicated place, but it comes from a place where people really feel for him and want him to be OK,” Taberski said. “I just want to understand. I feel like what I’m doing is what I hope I’d do for any friend. If they’re doing something weird, you push it a little bit to make sure they’re OK. I envy his ability to connect with people ... I really think he’s a superhero in that sense. It astounds me how giving he is to other beings.”

According to Taberski, the podcast is currently planning to roll out only six episodes, despite his ability to talk about Simmons “until he turns blue.” And he wants everyone to know that his plea to Simmons at the end of each episode to reach out and get in touch with him is genuine.

“There’s no secret like, ‘We know how it ends!’ and we’re just playing coy. This is an open investigation. And ‘investigation’ sounds so serious. But this is an open-ended project,” he said. “I want this to create enough of a ripple that it moves Richard to respond. Just a phone call or something. I’m trying to get his attention. That’s the end goal right now. We don’t know how it ends.”

When I asked Taberski if he’s hoping for a Richard Simmons renaissance at the end of all of this, he said that no, he wasn’t. Instead, he’s hoping for Richard to find peace.

Before He Disappeared, Richard Simmons Was A Beacon Of Hope To Thousands Of Fans
15 Notable Podcasts Of 2016 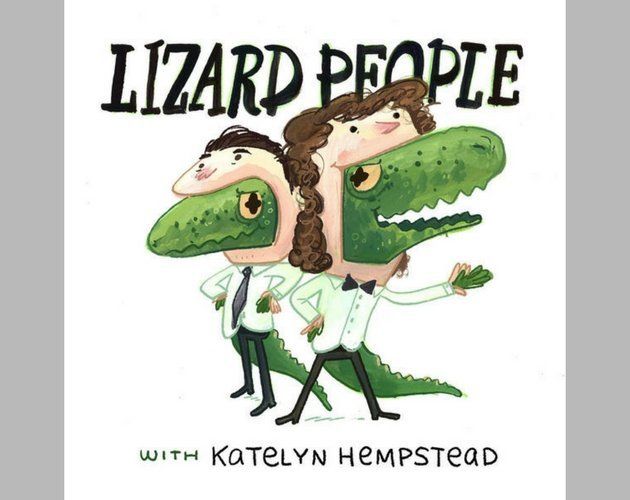