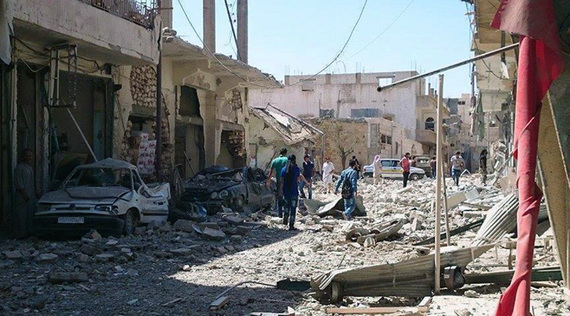 A bombed out street in Raqqa, Spring 2016

The war against the Islamic State (IS) is about to enter a new, possibly decisive phase. For the first time since it overran large portions of Syria and Iraq and declared its caliphate, IS militants are about to come under simultaneous attacks targeting three of their key urban strongholds: Raqqa, Fallujah and Mosul. More importantly, the developing battle for Raqqa is becoming a race between the Russian backed Syrian Army and the US backed Syrian Democratic Forces to see who will claim the political windfall that will accrue to Raqqa's liberators. In the process, the Raqqa campaign is also becoming a new proxy contest between the White House and the Kremlin.

Despite the scope of the upcoming military campaigns and notwithstanding that Islamic State has steadily lost ground over the past year, leading to a reduction of its territory by roughly a quarter, the outcome of a victory over Islamic State is far from certain. Even as it comes under simultaneous attack, IS militants are taking advantage of the weakness of the Free Syrian Army (FSA), itself the focus of attacks by Syrian Military Forces and their Russian allies, to seize new territory from the FSA close to the Turkish-Syrian border.

Moreover, as the pressure on IS grows, it is responding by ramping up terrorist attacks against Shia civilians in Iraq and is, in all probability, looking for opportunities to stage new terrorist attacks in Europe and the United States. Further complicating the military campaign against Islamic State is the fact that the political consensus that must underlay a successful battle plan is at best fragile and at worst nonexistent.

In Syria, two separate military forces are attempting to advance on the IS capital at Raqqa. The Syrian military has been advancing from the southwest, since February 10, along Highway 42, the Salamiyah-Raqqa road. As of May 28, Syrian forces were about 15 miles east of Resafa, one of the last major towns along Highway 42 before Raqqa, and the strategic junction with Highway 6. This places them about 30 miles, as the crow flies, from Raqqa. In addition, Syrian forces were about 20 miles southwest of al-Tabqah, and more importantly the al-Tabqah Dam.

Islamic State has turned the dam into a military stronghold. IS militants are taking refuge inside the dam and storing military supplies there. The dam across the Euphrates holds back Lake Assad. It is the largest lake in Syria, and is about 40 miles upstream from Raqqa. Both Russian and American air forces have refrained from striking at IS militants holed up in the al-Tabqah Dam for fear that damage to the dam could unleash catastrophic floods further downstream. IS militants in turn have threatened to blow up the dam in the event that Raqqa is attacked and overrun. At this point it is not clear whether the Syrian Army will bypass the dam or attempt to secure it before advancing on Raqqa.

In the meantime, the US backed Syrian Democratic Forces (SDF) are advancing from the northwest toward Raqqa. The SDF is a coalition of Kurdish, Arab, Assyrian, Turkmen and Circassian militias. The militia force consists of approximately 25,000 fighters, of which roughly 5,000 to 6,000 are Sunni Arabs. The bulk of the force, and virtually all of its entire command leadership, is made up of Syrian Kurds. As of May 28, the SDF has advanced to a point about 24 miles from Raqqa. The militia is being supported by air forces of the US led coalition. US military advisors and forward air controllers are imbedded with SDF units, as are US Special Forces personnel. In addition, those Special Forces are also conducting their own independent operations against Islamic State targets.

The US would like to see a more prominent Sunni Arab role in the liberation of Raqqa. It has attempted to recruit more Syrian Arabs to join the SDF. It has also had discussions with both Turkey and Saudi Arabia about their participation in the campaign. Turkey is in the best position to commit troops to the operation. Unlike previous discussions of a Turkish led intervention in support of the Free Syrian Army, Turkish participation in a campaign to seize Raqqa would be highly unlikely to precipitate Russian attacks against Turkish ground forces. Moreover, the US and its coalition partners are already committed to providing air cover to the ground force proceeding against Raqqa. 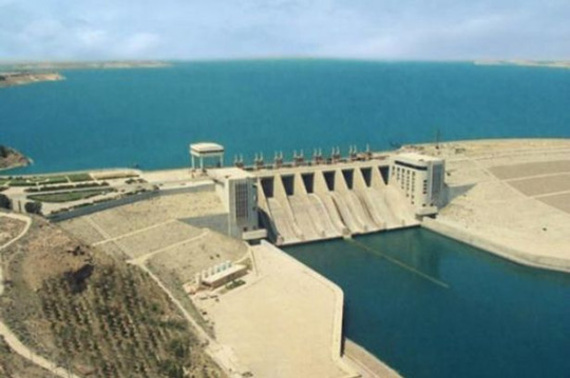 Tabqah Dam with Lake Assad in the background.

Turkish participation in the campaign, however, raises serious political issues for the Ankara government. The SDF is dominated by the Kurdish People's Protection Units (YPG). The YPG is the military arm of the Syrian Kurd's Democratic Union Party (PYD). In turn the PYD is closely linked with Turkey's outlawed Kurdistan Workers Party (PKK). Both the US and Turkey have classified the PKK as a terrorist organization. For all practical purposes, Turkey is currently in a civil war with the PKK. Ankara does not see any difference between the PKK and the PYD/YPG. It has been pressuring Washington to brand both organizations as terrorists.

The Turkish government is substantially correct in claiming that there is close cooperation between the military arm of the PKK and the YPG. Nonetheless, the United States is unwilling to brand one of its few remaining allies in Syria, and the one that has been the most militarily effective, as terrorists. The Turkish point was driven home this week when pictures appeared that showed American troops imbedded in the SDF wearing YPG insignia on their uniforms. The various military insignias worn by the YPG are all derived from the PKK's official flag. The Pentagon subsequently told American soldiers not to wear YPG insignias.

From Ankara's standpoint, the success of the YPG led SDF in seizing Raqqa will further bolster the demand by Syrian Kurds for recognition of the semi-autonomous state of Rojava, which they announced earlier this year. An outcome that the Turkish government fears will only embolden Turkey's Kurds to demand more self-government, if not their own semi-autonomous state within Turkey.

Conversely, Turkey's participation in the Battle for Raqqa would give it more influence in shaping the eventual outcome of the Syrian Civil War, but would force it to openly collaborate with an organization it has already branded as terrorist and which is openly aligned with another organization, the PKK, which is conducting insurgent attacks against the Turkish government. Persistent, though as of yet unconfirmed, reports that the PKK has been receiving weapons from Russia further complicates Ankara's political calculations.

At one point earlier in the year, the Saudi's had signaled that they were open, either singly or in collaboration with the Gulf Cooperation Council, to supplying ground troops to participate in the Battle for Raqqa. Since then, however, Riyadh has not moved forward on the proposal. Riyadh's reluctance may reflect the fact that at the moment the Saudi's have their hands full dealing with the civil war in Yemen. It may also reflect Saudi dissatisfaction with the Obama White House's policies toward Tehran.

For the United States, the Turkish-Kurdish political dynamic greatly complicates the conduct of the military campaign against the Islamic State. Turkey is after all a NATO ally and, given its geography and its close links to the Syrian rebels, will play a critical role in the eventual outcome of the Syrian Civil War. Turkey's continuing slide towards authoritarianism under its President, Recep Tayyip Erdogan, and its escalating civil war with its Kurdish population, further complicates Washington's relationship with Ankara.

On the other hand, Washington is unwilling to disengage itself from the Kurdish YPG. From the US perspective they have been the only effective boots on the ground in Syria and their success lessens the pressure on Washington to commit more US ground troops to defeating Islamic State. Ankara wants Washington to choose between supporting Turkey and supporting the Syrian Kurds. That is a choice that Washington cannot and does not want to make.

In the meantime, both the PKK and the PYD/YPG have taken advantage of the Russian-American rivalry to secure weapons and aid, and to further advance the prospects for a semi-independent Rojava. The Kurds are rightly concerned that both Russia and the US are using them for their own ends, and that once they are no longer useful they will be abandoned. A legitimate concern given how often that theme has played out in Kurdish history. 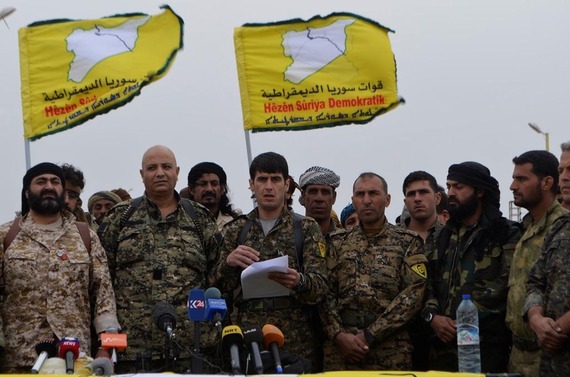 Finally, the battle for Raqqa cannot help but become a proxy battle between Russia and the United States. If the Syrian Army succeeds in seizing Raqqa it will underscore the effectiveness of the Kremlin's intervention in Syria, further strengthen Moscow's call for a Russian-led, or at least co-led, campaign against Islamic State and other Islamic Jihadist groups, and further expose the failure of the Obama White House's foreign policy in Syria. A victory for the SDF would at least allow the Obama administration to declare that it is succeeding in defeating Islamic State and that it is doing so, unlike the Russian-led effort, while minimizing civilian deaths and collateral damage.

Raqqa will eventually fall, although it is in no immediate danger of falling any time soon. In the meantime the complex, Byzantine political maneuvering that has underscored the military campaign and, which in part is shaping it, will continue unabated.