I found this essay when I was cleaning out my desktop the other day, and I thought I would add it to my Huffington Post blog. I wrote this narrative essay for my AP Language and Composition class during my junior year in high school.

My mom says that every accident I've ever had was in the presence of my dad. Now that I think about it, she's probably right. There was the time in Geneva, when I was 18 months old. My mom was taking a video of my dad pulling me in a sled, both of us having a grand time. In the video, my mom can be heard saying, "Slow down, you're going to tip her over," right before the sled flips, burying me and my Michelin Man attire. The video goes fuzzy as the camera hits the snow. Then there was the day in fourth grade when my dad and I were biking and I decided to see what would happen if I made a sharp left without stopping. My lack of knowledge of physics did not serve me well and led directly to a rock embedded in my knee. But the accident my mother refers to most often is what she politely calls, "The Razor Scooter Incident," or when she is being less polite, "The Day Your Father Almost Killed You." 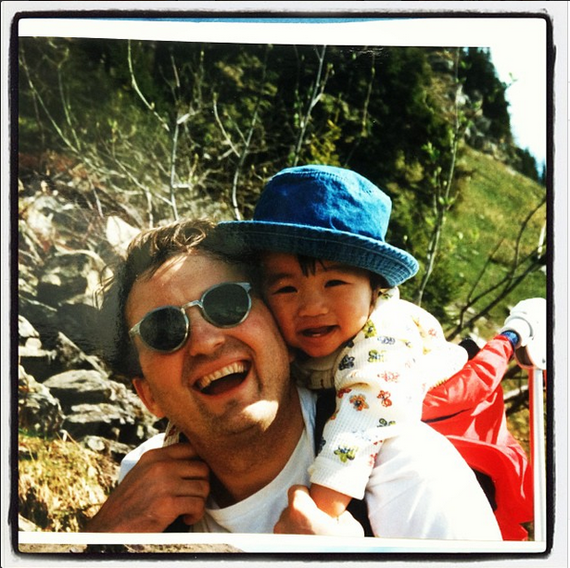 Hiking in Switzerland
The orange wheeled scooter was shiny and new, recently given to me by my maternal grandfather for my 4th birthday. My mother immediately announced the necessity for full body armor -- knee pads, elbow pads and a helmet -- and that I was not allowed to ride the scooter until we had bought these necessities. The next day when she went to the neighbors, my father and I eyed the scooter. To him, it was not a big to deal to ride a little scooter without protection, or do things my mother considered very dangerous. Growing up in Sweden with two older brothers, a male cousin, a male neighbor and very little adult supervision, my father spent his days doing things like riding his bike into an electrical fence (which by luck happened to not be turned on); spurred by a dare from his older brother, peeing on the same fence when it was turned on and getting shot regularly with a BB gun. After begging my father to let me try the scooter, he decided that we would go one block over while my mother was out of sight.

Flying down the hill was exhilarating, and also safe. I knew my father was steering the scooter, making sure we didn't hit any bumps. I stood in the front of the scooter holding onto the vertical bar while my dad held onto the handles, both of us sans safety equipment; but my dad was in control. Down the hill we went. Again. And again. And again. Each run more exhilarating than the last. 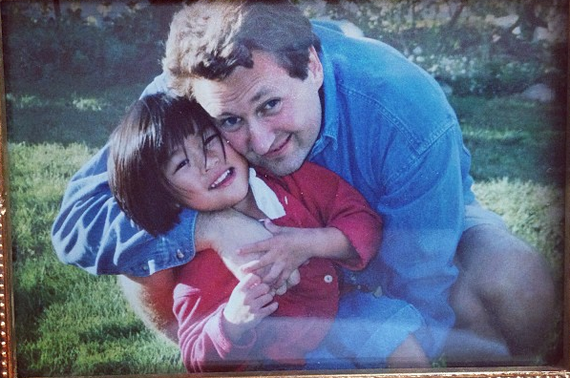 It never crossed my 4-year old mind or my father's mind (supposedly older and more mature) that something as tiny as a pebble could send us both flying. But that was what happened. A sudden jolt put an end to our joy. I saw the sky. The next thing I remembered was how bloody his white t-shirt was when he was running us over to the house. What he remembers is how loud my screams were. However, what we all remember is the look of disbelief, followed by concern and then anger, on my mother's face, all within the span of a second when she saw us cleaning up in the bathroom. As it turns out, my physical injury only encompassed two scrapes to the hand. My father, who had dove across the pavement to catch my un-helmeted head before it hit the pavement, did not fare as well. While I sat on the counter, I noticed that the outer layer of skin on his left side had been torn off. Up until this point, his own injuries hadn't crossed his mind, his chief concern being making sure I was fine, his secondary concern being what he was going to say to my mother.

So, maybe my father has been there at every accident, but he has also been there to pick me up and dust me off after every one. Since I'm an only child, I don't have siblings to join me on adventures. My father often fills this role, and I think he wants me to experience the world as freely as he did. While my mother often calls our schemes "hare-brained,"my dad and I take no mind and continue with whatever great idea we had. Even though our schemes sometimes land us in trouble, either from physical injuries incurred or my mother's glare when we return, these schemes are echoes of his adventures when he was a child. When I see the fading scars on my left wrist, I am reminded of the infamous "Razor Scooter Incident" -- from the exhilarating sensation of flying down the hill to my dad's frantic jog home, with me under one arm and the scooter under the other. These are the sort of memories that defined my childhood and forged the close bond I share with my dad. I'm grateful for these memories, and for the fact that we now wear our helmets. 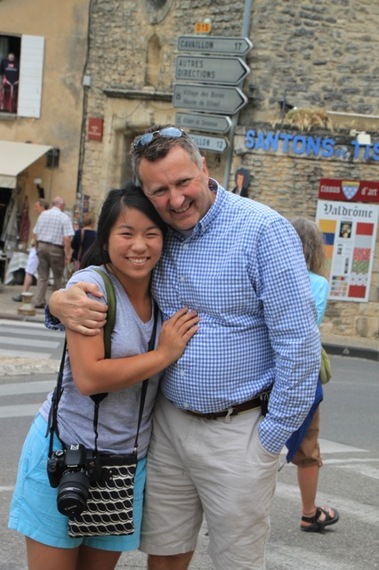