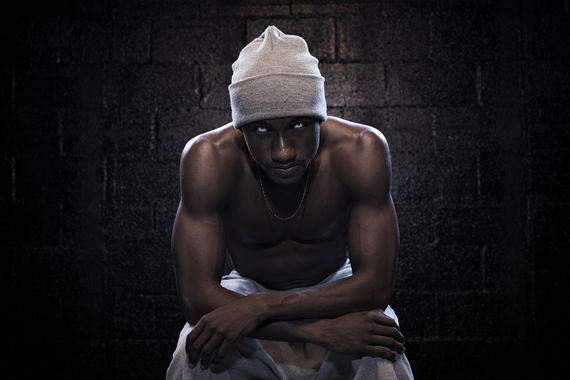 The undisputed king of underground hip-hop is a man by the name of Marcus Hopson, better known as Hopsin. Many truly believe he is the best rapper out. As an independent artist with his label Funk Volume, Hopsin has been selling out world tours for years, signed successful artists, and amassed a huge following. I got the chance to chat with Hopsin to ask him a bit about his opinions on hip-hop today, his favorite artists, about staying independent, and a few other things. His answers were illuminating, and should set you up for what his new album, Pound Syndrome, might touch on.

Hopsin has never been one to hold back critiques of other artists, with a reputation for someone who constantly disses others. Some of his most infamous attacks have been on Lil' Wayne, Kanye West, Kendrick Lamar, Soulja Boy, and Tyler the Creator. When asked about it though, he said it was just something he does for fun, and that he really does have love for everyone. He described it analogous to MAD TV-type skits, and that it is as if a comedian like Jim Carrey were a rapper. It is why he says he's stayed away from making comments about people's families, or about violence towards them because there's no malice there.

Curious about what his thoughts were on hip-hop today, he told me that it has changed a lot, in some ways good and in other ways bad. The good is in quality of production and the engineering behind the music. It has made all of the music sound much better. But as far as content, he said:

Most music is swaggy, club, get drunk, and smoke weed bullshit that we've heard a billion times. And Auto-Tune doesn't make it any better. It's just in a state where subject matter isn't important anymore. Overall, it's all complete bullshit. 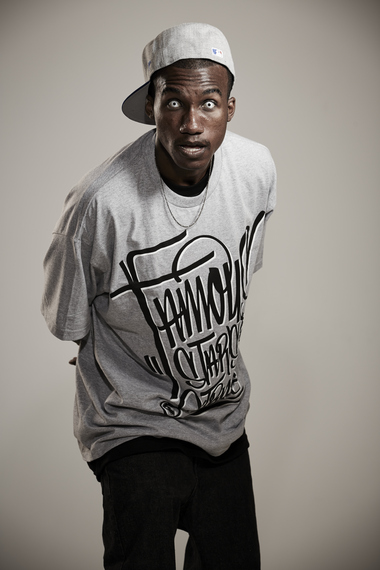 While many would agree with Hopsin's claims about the content of music, I asked what he thought it would take for that to change. He believes the only way will be for the powerful artists of this generation -- and the last -- to come out and prove content matters through their music. He believes hip-hop has been an ignorant genre of music from the start -- bragging about money, women, and drugs -- but there was more of a balance before. Now that the genre is more popular, all of the trash that existed has been amplified by more radio play.

His biggest issue with the industry is that the quality of hip-hop has gone down so much that it does not seem like something where skill is needed anymore. In particular,

In the past, when you heard rappers not everyone thought "I could do that" because you saw the skill it took. Now, when you hear what's out you think you can do it too. It shouldn't be that. I feel like it should be the same way a competitive sport is. If you ever watched Kobe playing basketball, you never sit and think, "I could easily do that." You don't want to watch a sport thinking it's that easy unless you're a professional. But rap these days makes you think it takes no talent, and I hate that!

With such criticism of the industry you would imagine that Hopsin is not a fan of any commercial rappers, but surprisingly many of his favorite artists are some of the most popular ones out. He said his top five today are J. Cole, Drake, Kendrick Lamar, Chance The Rapper, and Machine Gun Kelly. He singled out Drake saying that he's the most lyrical of the commercial rappers out.

Hopsin believes hip-hop is at the point that anyone can get famous, regardless of talent because of the technological advances in music. He says production and engineering have gotten so good that artists can rest on them alone. He poignantly said:

It's like taking a horrible actor and placing them in a high quality Steven Spielberg film. The million-dollar effects, awesome cameras, and everything else make them look like better actors. With the quality of music today, someone could be saying "I like Jordans," but it would sound so dope because engineers can turn stuff to gold. And engineers know that. It's 10-15 percent talent, but the rest is production and engineering.

These days there is much talk about being an independent artist versus being signed to a major label. After label issues early in his career, Hopsin started his own label. Not only is he talented himself, but he has an eye for talent too. Two artists he signed, Jarren Benton and Dizzy Wright have gone on to be XXL Freshman, a very high honor in hip-hop; one that Hopsin himself was awarded back in 2012. When talking about label issues he said he has no regrets with the path he has taken. The game has changed, and there is just as much, if not more money to be made from being independent, according to him. Labels just don't have much to offer anymore. He prefers doing things his way, and actually prefers his fans put in an effort to discover him because it means they won't leave him when a new trend pops.

Few artists have ever been able to achieve the heights of success that Hopsin has been able to on his own. He has been doing sold-out worldwide tours for some time now, successfully been running a record label, and signing successful acts as well. This year will be the release of his long anticipated album titled Pound Syndrome. It is going to be exciting to see what else Hopsin has in store for his fans, but whatever it is, we all know it will be fun ride, if only we are wiling to enter into his ill mind. 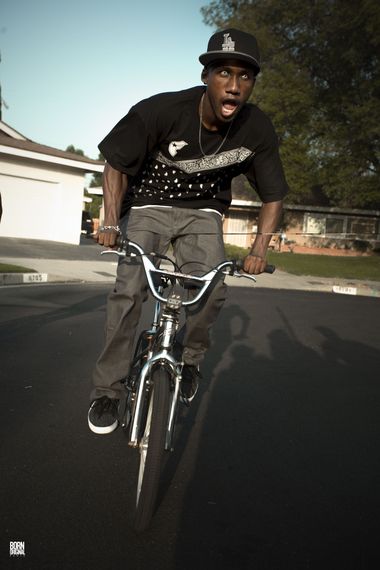