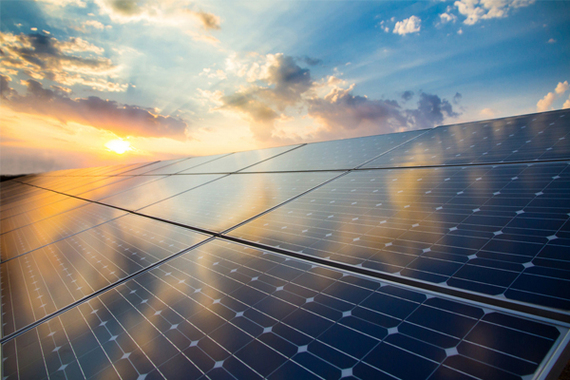 Energy-related greenhouse gas emissions have plateaued for the second year running - an extraordinary fact considering the global economy grew by more than 3% in the same period. This news, coming just before leaders from 130+ countries gather in New York this week to sign the Paris Agreement, provides a welcome sign of real progress in the fight against climate change.

But stabilizing energy-related emissions is not enough to fulfill the ambition of the Paris Agreement - the kind of ambition needed to avoid the worst impacts of climate change. This will require using energy more efficiently, and transitioning rapidly (roughly six times faster than today's pace) to an energy system powered by renewables. IRENA recently released the second edition of its Roadmap for a Renewable Energy Future (REmap) which provides recommendations on how to do just that.

The research shows that accelerating the deployment of renewables on a scale needed to keep global temperature rise at or below 2°C is both technically feasible and economically affordable, with many additional benefits for health, economic growth and employment. In fact, doubling the share of renewable energy globally would save between $1.2 and $4.2 trillion per year thanks to avoided expenditures on climate change and air pollution. These savings are 4 to 15 times larger than the cost of deployment. In economic terms these savings would amount to between 0.9% - 3.3% of global GDP in 2030.

But governments must do two key things to achieve this doubling:

Indoor and outdoor air pollution caused by the burning of fossil fuels is killing millions of people worldwide. In Europe, where 600,000 people suffered from air pollution-related disease or premature death in 2010, societal costs were estimated at $1.6 trillion.

There are also other heavy costs associated with fossil fuels and nuclear power that do not apply to renewable energy: oil spills; climate change impacts; radioactive waste storage and disposal; and ocean acidification for example.

Yet none of these costs are factored into the price we pay for energy - instead, we pay for them with our tax dollars, through our health insurance premiums, and with the degradation of our public lands and seas.

If energy prices were to reflect its true costs, there is no question that renewables would consistently be the least expensive option. And this is even before factoring in the positive macroeconomic benefits of renewables, such as higher economic growth, new job creation and trade advantages.

2) Let the private sector do its job

There is another persistent perception that renewable energy investments are risky.

Governments can reduce the risk by letting the private sector do its job: by passing laws, policies and regulations which provide a fair, stable and predictable investment environment.

For example, they could level the playing field between subsidies for renewables on the one hand, and fossil fuels and nuclear power on the other. Since 2009, governments have been working to phase out fossil fuel subsidies, with some success. But even today, four dollars are spent to subsidize the consumption of fossil fuels for every one dollar spent to subsidize renewable energy. With oil, gas and coal prices currently at historic lows, it is now easier than ever for governments to correct this problem.

There are many other policies which would spur the accelerated deployment of renewable energy. Enshrining renewable energy targets in law, streamlining planning procedures, and/or introducing carbon pricing or taxation at a level which reflects true costs are options that would send a powerful market signal to investors.

The fact remains that stabilizing emissions alone is not enough. If we are to meet our social, economic, environmental and development goals, we must remove the remaining barriers to renewable energy deployment and quickly accelerate the energy transition already underway.