In 1985, Austrian artist Falco released his eventual number one Billboard single Rock Me Amadeus and introduced me to a technology in the music industry that hadn't really been exposed to the masses at that level. The song featured a cool stuttering vocal lead that, at the time, was mesmerizing to hear in the midst of a funky beat and catchy gang vocal of men yelling the song title. It was a large commercially successful use of a vocal sampler. The idea that a person could record their voice and digitally reproduce it in different note values was just mind boggling to me. 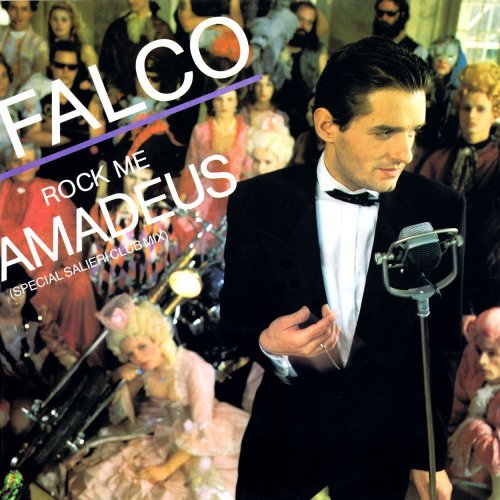 So after blood letting my ears from the 12 speaker sound system in my 77 red Chevette from listening to that tune over and over, I wandered into my local music store at the mall. A new portable keyboard, small enough to tuck under your shirt, called the Casio SK1 was prominently displayed. Because I worked at a department store in that mall, each time I entered the doors the staff smiled knowing where I was headed. I'd gazingly stare at the compact piece of musical engineering and experiment with the on-board microphone. It was amazing to record a burp which could then be reproduced like the bellow of an eery giant or quaint chipmunk. It only cost $99. It had to be mine.

This little gem was my first gateway item to recording my very own music. I went to a friend's studio which had an 8-track reel to reel machine after spending nearly two weeks perfecting my 32 key maneuvering. I recorded my first official original song using that keyboard.

I was bit by the music production bug. I snuck my first peek behind the curtain to see the Great and Powerful Oz that day.

Thirty years later, I'm still enamored by the production process and how technology can make a song come alive. More than just the technical cool factor of computerized production is the rude awakening I received the more I delved into working with Spencer on his career. There are costs in music production that aren't just financial and time. There is also the cost of being educated on how to listen to a recorded song. I don't mean feeling a song or allowing the beat to move your feet. I mean the ability to discern the layering of each piece of a composition and how it's fit together (or not) like a complete puzzle in a recording. Understanding all the elements and steps in that process is a cost that must be factored into every project.

There is more to music production than just a clever lyric or hook. I often listen to other new emerging artists and their recorded releases and am saddened by the fact they probably spent a lot of money on cool packaging for the CD, renting studio space, invested a lot of emotion into the lyrics and music, but left a lot of quality out of the project because they didn't understand some fundamentals about how to assemble a good production. In conversations I sometimes just say it is or isn't radio quality. I say this not to belittle an artist's ability or skill, but music production is an art that must be respected and if executed well, can truly earn an artist credibility among industry peers, executives and fans alike.

I decided to write this from my viewpoint as a 30-year music enthusiast who has had a college level education the past few years with Grammy and Dove winning producers and industry veterans to guide my understanding. There are roles and processes in music production that I want to share for those learning how to get the best out of their music production projects. Namely, emerging artists. I'm certain that I could go into minutia detail about this topic, but I'm going to give a highlight of what aspects should really be focused upon. Consider this a loose checklist of what to think about before spending money on a recording. Each of these will make an impact on the quality of the end recording.

In part 2 of this blog entry, I will cover the rest of the areas of importance in music production for the beginning artist to consider. These include understanding the role of the
sound engineer, recording engineer, producer, vocal producer, mixing engineer, mastering engineer
and a few tips on how to vet them properly.
Download
Calling all HuffPost superfans!
Sign up for membership to become a founding member and help shape HuffPost's next chapter
Join HuffPost