A recent report from the U.S. Department of Agriculture stated that the cost of raising a child is $250,000. But the folks at finance website NerdWallet say that's not necessarily true.

In a recent blog post "The True Cost of Raising A Child," NerdWallet reports that the the USDA study calculated the 250,000 number based on average costs across the country. But in reality, cost of living -- from housing to education to childcare -- varies so much by location that the price of raising children can range more than $340,000. 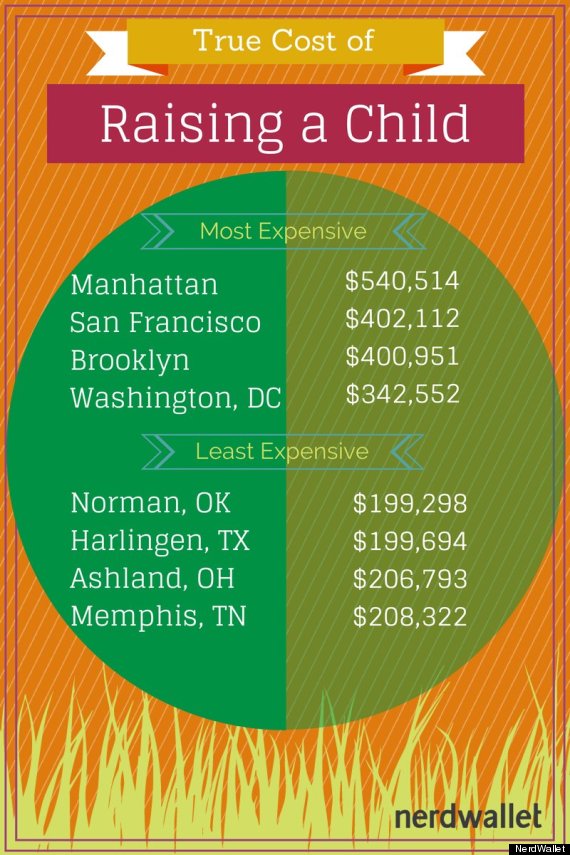 NerdWallet calculated costs in 288 different cities throughout the U.S. and compiled a list of the least and most expensive cities to raise a child. Their research shows that Texas and Midwestern states dominate the list of affordable cities. The cost of raising a child in Norman, Oklahoma, for example, is $50,000 less than the U.S. average. Unsurprisingly, New York and California fall into the most expensive category.

Here we've included the top 10 least and most expensive cities to raise a child. You can check out the full 288-city breakdown on NerdWallet. 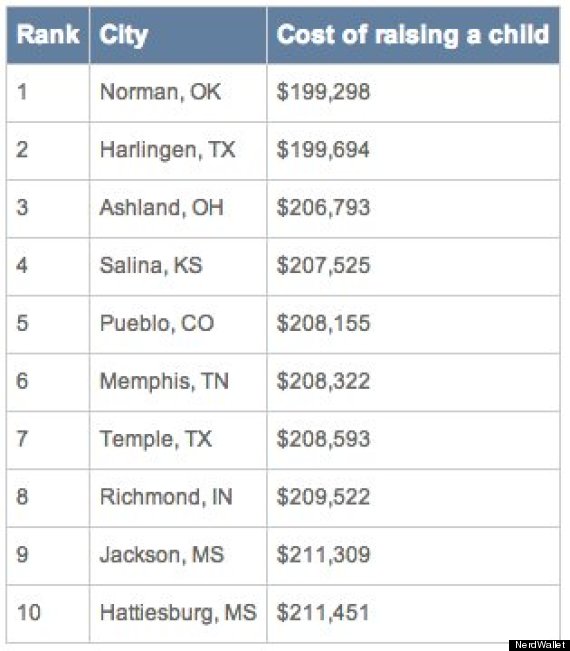 10 Most Expensive Cities To Raise A Child 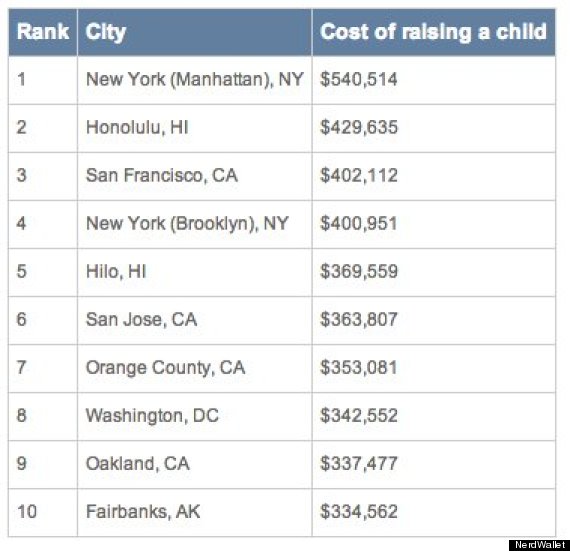 The 30 Best Places In The World To Be A Mother
More:
ParentsnerdwalletFinancial Education