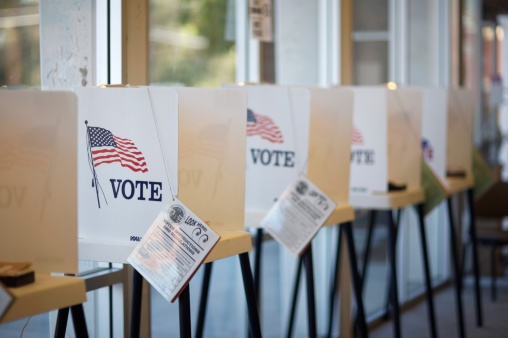 I've been hearing a lot of issues being discussed in this election - the economy, Ebola, immigration, and income inequality, just to name a few.

But what this election is really about is one question: Do we want a government that sits on its hands in times of great challenges, or one that rolls up its sleeves and tackles the problems head on?

I believe the answer is clear. We need a government that will find a cure for Ebola and work to improve public health for everyone who calls this nation home. One that will fight for the working poor by increasing the minimum wage and cracking down on corporations that outsource jobs desperately needed in this country. We need to do right by our veterans, our retirees, our educators, and our aspiring business owners by investing in public services and programs that benefit communities.

We've seen what happens when ideologues on the far right of the political spectrum hold the government hostage in a brazen attempt to impede progress on the issues that working class women and men care most about. We get a 16-day government shutdown, no action on legislation to increase the minimum wage, and deep cuts to hundreds of programs impacting medical research, housing for low-income families, and national defense preparedness.

I don't know about you, but I'm sick and tired of the endless deadlocks, budget battles, and partisan disputes that leave our nation less prepared for the next pandemic, the next global conflict, the next U.S. manufacturing company to close its doors.

We need to elect leaders who will stand up for working people and the bread and butter issues we care about. Things like decent wages, safe neighborhoods, retirement security, and a strong national economy.

The federal government is the engine that drives that train. Whether it's safeguarding public health, administering social services, or protecting law-abiding citizens, government employees are on the job day in and day out.

Federal scientists at the National Institutes of Health are doing clinical trials right now on a new vaccine that could prevent the spread of Ebola. Doctors and nurses at the Department of Veterans Affairs are caring for veterans and their families every day, even as the fallout continues from the waitlist gaming scandal brought to light by federal whistleblowers. Security officers with the Transportation Security Administration confiscate loaded firearms, grenades, and other prohibited items daily, ensuring the safety of airline passengers.

We need to elect lawmakers who understand the value of government programs and services and will reach across the aisle to make positive changes.

But in order to do that, we need everyone to stand up and vote. Many of the races are too close to call, so turnout will be key in deciding the outcome of this election.