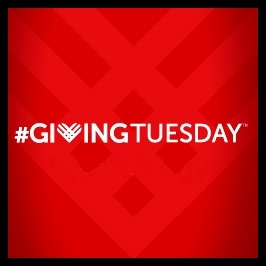 Several years ago, a group of philanthropists created a much appreciated answer to the consumerist memes of Black Friday and Cyber Monday. Giving Tuesday quickly took hold -- a day of donating to good works, all around the world.

What that means within community benefit organizations themselves, however, is that there is now an official kick-off to the "year-end giving season" -- a full month of scrambling for attention, competing for the scarce resource of donors to help with their cause.

Imagine what it would make possible if Giving Tuesday grew beyond a day where causes ask for help from the outside world. Imagine if Giving Tuesday were instead a day of celebrating the power and strength that already exists within communities and within the organizations that support those communities.

What if Giving Tuesday were a day where everyone in a community gave to each other?

Activists and organizers have known for years that the most effective change builds upon the power of people who often think of themselves as powerless. Successful changemakers know that when people in communities say, "We have nothing," that in reality, there are always strengths to build upon - talents, skills, time, and physical infrastructure (like storefronts and vehicles) that exist everywhere.

Unfortunately, when those same activists and organizers look at their own efforts, they sound just like the community members who believe they have nothing. "We have no money; we have no staff; we have no time" is the clear, consistent story this sector tells the world, day in and day out. The beliefs underlying those statements of poverty are clear as well: "Our power to effect change is dependent upon the benevolent benefactors who make our work possible."

That is what Giving Tuesday has the power to be - a day when do-good groups of all kinds are reminded of what they DO have to build upon, by the simple act of sharing that with others.

The feeling of wealth is enhanced when you give, not when you take, since, subliminally, giving means you have enough to share, while taking means you may not be getting enough. Giving is a relief. Taking is a burden. -- Robert Thurman

Imagine what it would make possible if Giving Tuesday were a day for asking "What do we have that we are happy to share -- with our communities and with other organizations who care about the very same things we care about?" Imagine if Giving Tuesday were a day to model to the community what values like participation and sharing look like in action, by each of our organizations participating and sharing with each other!

And I am sure everyone reading this piece has a similar story.

That's because in reality, we don't need money; we need what money buys us. In reality also, someone in your community likely has that thing you need, and also likely has enough to share.

That reality is the underpinning of the theory of Collective Enoughness - the simple yet powerful theory that it is only on our own that we experience scarcity; that together, we have everything we need.

Imagine Giving Tuesday as a day to celebrate THAT!

The power of a day when everyone in our communities gives to each other could have ripples far beyond the dollars currently raised on Giving Tuesday. That one day could be the beginning of the end of scarcity thinking in communities. It could be a day that lasts a week, and then a month, and then simply becomes how we be with each other -- being the sharing, open, engaged community we want to see.

And when those outside donors do give to our organizations on Giving Tuesday, they would no longer be "outside donors." They would be community members like everyone else, participating in something far greater than their lone donation, as we all give together of what we have, in a spirit of Collective Enoughness.

Because it is only on our own that we experience scarcity; together, we have everything we need.