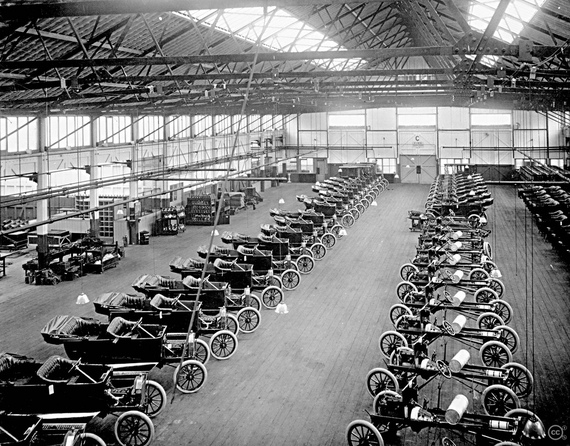 Every single day, business leaders and the people they work with are constantly reminded that the world around them is moving faster than they are currently able to respond and in ways that they struggle to predict, comprehend, let alone control. The world around us is not simply speeding up, it is being fashioned into something altogether new; the amount, level, and magnitude of change has accelerated to the point that we have gone from a difference of degree to a difference of kind.

Businesses and entire industries that managed to grow at a rapid clip over the past few decades are being thrown off course by the forces of globalization and technological disruption, which have simultaneously improved the lives of billions but have also thrown into stark relief the stubborn inequities and injustices that persist across the globe. In this reshaped world, winners are winning by even larger margins, while those on the losing end are now realizing just how much they are losing.

Only a few years ago, professional services workers could have reasonably expected to lead stable, well-compensated professional lives, confident that they had developed expertise that others would value. Today, they must contend with the rise of artificial intelligence, which is poised to perform tasks that no one previously thought they could and even execute job functions better than humans can.

We are living in a world where the rules of engagement we have relied on for decades are no longer as effective as they used to be or don't even function at all; one where a single Tweet by just one worker can have profound ripple effects and damage a company's brand on a global scale. Today, there is no such thing as a completely private conversation. Increased expectations of transparency, along with a successive combination of leaks and hacks, have exposed the public to the inner workings of the world's most powerful corporations and the attitudes and mindsets of those who run them.

In a world that is so disorienting, it's natural that people are looking for something to cling to, a foundation upon which they can find sure footing and build better, more sustainable bonds with others. They are seeking an alignment between what they do, who they are, and what they stand for. They are searching for a means to simultaneously build resilience to disruption and develop a path for growth. Accomplishing any of this requires a deep sense of shared purpose, a collective understanding of your company's primary aims and reason for existence.

Everywhere you turn--in marketing campaigns, in CEO speeches and TV appearances, and in articles in just about every business publication you can imagine--we are hearing about the central importance of corporate purpose in today's economic world. Some are even claiming that we now live and work in a "purpose economy." People are talking about purpose so much and so often that the term runs the risk of being written off as a buzzword. But that would be a terrible shame. Worse than that, the effects of discounting the importance of purpose could pose disastrous consequences for businesses.

Now more than ever, a company's purpose has the power to engage and inspire employees, generate customer loyalty, and help businesses chart a course for sustainable, meaningful growth. To make use of that exceptional power, though, businesses and their leaders need to reflect on what their company's purpose is, what it means to their employees, and how they can inspire others to believe in that purpose at a large scale to the point that it pervades throughout their culture. These are just a few of the conclusions described in a report published in September by PwC and my company, LRN. We collaborated to gain a better understanding of the implications and imperatives of leading and operating as a purpose-inspired organization, all in an effort to support our respective and joint work to help companies develop sustainable, values-based cultures and elevate their behavior.

The report, which examines the results of conversations with 275 CEOs, revealed the great potential for purpose to strengthen a company's growth prospects and culture. It also discovered several obstacles that could hinder a company's ability to take full advantage of the benefits of shared purpose.

For business leaders, it has never been more essential--and consequential--to know who you are, what your business stands for, and have both of those elements animate and inform every decision you make.

"Embedding purpose into your organization is a critical issue for every kind of business operating today," PwC Global Chairman Bob Moritz recently told me while we were reflecting on the report's findings. "It's not enough to simply say you are committed to pursuing a specific purpose" he added. "Your company's structure, measurements, and incentives must also align with that purpose as well for it to truly resonate with your people, your customers, and other stakeholders."

The CEOs who were surveyed recognized the critical importance of purpose. Some 63% of the chief executives said that their company's purpose made a positive contribution to their revenue growth; 83% of those CEOs expressed confidence that purpose served as a valuable guide for the business decisions they made; and 96% said that instilling values that can affect how employees behave is critical to their company's success.

My good friend Mats Lederhausen, CEO of Be-Cause and a longtime LRN board member, has been encouraged by the increased interest in purpose in the business world. "With growing transparency, companies are increasingly rewarded or punished when their actions are converging or diverging with their promises," he recently told me. "People want to buy from and work for companies that have clearly stated intentions they feel good about sharing. Only then will they divulge their choices, which is the very currency of our connected economy."

Ford Motor and its leadership have recognized the importance of purpose since the company's founding. When Henry Ford's Model T rolled off the assembly line for the first time in 1908, his aim wasn't just to manufacture a car as quickly as possible but to build a vehicle that a majority of consumers could afford. His company sought to change the way the world moved.

Ford helped give birth to America's automobile age. And as the auto industry has evolved, riding immense highs and suffering profound lows, the auto giant has managed to hold on to its sense of purpose. "We're a company with a soul," Ford CEO Mark Fields said in an interview in September. "That really resonates with people, particularly young people. They want to work for companies that have a purpose, that have a mission, and also those companies that are ethical." 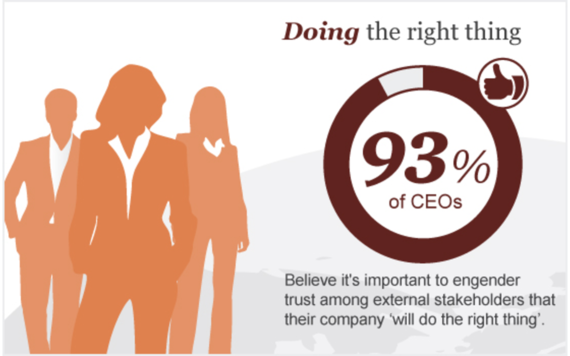 Today, Ford is turning its attention to autonomous driving technology and the development of digital tools, all to continue to change how the world moves. In a few decades, we may not recognize the vehicles rolling out of Ford's factories, but the purpose that inspired the production of those vehicles will likely be the same as it has been since Ford began operations.

The CEOs who participated in the PwC-LRN study recognized the power of purpose. But they also acknowledged the challenges of staying true to their company's purpose during troubling times. More than half of the CEOs who participated in the study admitted that short-term pressures posed significant obstacles to using purpose as a guide for their strategy and culture, and 67% of the CEOs felt that their companies do not know how to apply their purpose and values to their decisions and actions. Moreover, only 21% of the CEO participants strongly agreed that purpose plays a central role in guiding their companies during a crisis. For guidance, those CEOs may want to consider General Electric's experience in the wake of the financial crisis.

In 2008, GE faced an existential threat. The company's finance arm, GE Capital, had accounted for nearly half of its revenue when Lehman Brothers collapsed. As the credit market began to freeze up, CEO Jeffery Immelt began to fear that his company's over-leveraged position would force him to close factories. That's when Immelt turned to his company's purpose. Was General Electric, a company that had delivered power and light to the world, a financial services firm as well? Immelt and GE decided it was time for a change.

GE sold its consumer credit card business and billions of dollars in real estate investments. By 2018, financial services is slated to account for less than 10% of GE's total revenue. The rest is set to come from manufacturing energy, aviation, and healthcare equipment. The company has made significant progress in returning to its industrial roots, and the market has shown confidence in its efforts, with GE stock up by some 76% over the past five years.

Ford and GE may be focusing their purpose on the potential for technology to transform people's lives, but we must remember that purpose itself is a uniquely human quality. And never before has being rooted in what makes us human mattered as much as it does today. Our machines are outpacing us, growing smarter, faster, and more flexible than humans with each passing day. But while machines can perform tasks swiftly and accurately, only humans can work with purpose, calling to mind what Aristotle referred to as "telos," a sense of intention, significance, and meaning. 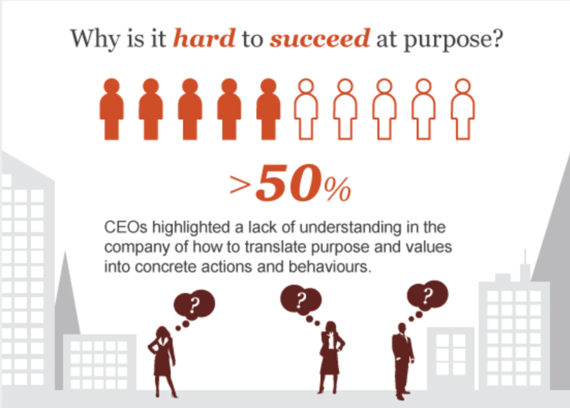 Instilling purpose in every decision your organization makes is certainly no easy task. It requires a deep commitment from business leaders, the kind that lasts far beyond a weekend retreat or strategic offsite meeting. At the same time, the consequences of ignoring purpose altogether could be catastrophic. It puts companies on the path to emissions cheating scandals, accusations of fraud and negligence, and a loss of trust from employees and consumers.

As the study makes clear, companies that are committed to integrating purpose into their culture and strategies stand to earn the confidence of their employees and stakeholders. That kind of faith is the fuel that can allow a company to outperform its competitors. It will also give businesses much-needed resilience to weather the increasingly uncertain conditions of today's radically reshaped economy. Those that discount purpose for short-term gains, meanwhile, risk being swept away by the shifting tides.