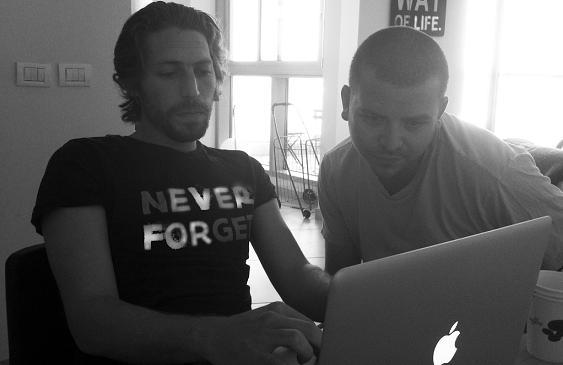 This is a written exchange with my friend Aaron Chester. We are both Americans living in Israel. Our goal was to dissect the recent boycotts of Israel and the general lack of support for Israel internationally and come to meaningful solutions.

Jesse: Israel has gone from a nation that was almost universally seen as a bastion of peace and a story of triumph to the sole nation being blamed in the train wreck that is the Middle East. The recent boycotts and threats of boycotts of Israel products are part of a string of anti-Israel propaganda that has been developing for about a decade. The BDS movement has consistently been trying to marginalize Israel's right to exist under the guise of protesting Israeli occupation of the Palestinian territories. They do this by forcibly using their wide support net of both Muslims and liberals of all faiths, colors and creeds to pressure companies to boycott Israel for its occupation of the West Bank and Gaza.

This wide net of people as of late has included many Jews who would never openly call for the destruction of Israel, but feel a moral ambivalence towards the nation. Public opinion has made it not only fashionable to support boycotts of Israel, but liberal, normally right-minded people feel a moral obligation to put the disclaimer, "I don't support the occupation of the West Bank," to any positive musing about Israel. As someone living in Israel, I have to ask myself what is Israel doing wrong? This is because in my understanding of the situation I never thought Israel was wrong to defend itself.

Some have argued Israel merely has a marketing problem and in all fairness Israelis in the media do not do themselves any favors. Unlike BDS and Hamas for that matter, Israel does not have a unified message that the public can cling onto. It certainly doesn't help when one of Israel's most respected journalists is saying in Haaretz that the boycotts are a light punishment for occupation and that the Hadash party is signing off on the boycott. However, I have mixed feelings about taking these people to task, because the fact that free speech, however deplorable is tolerated is one of the unique features of Israel in the region.

This free speech does create a problem with public perception. If Israelis are symbolically in favor of Israel making itself vulnerable above securing itself from the wrath of terrorism and its enemies on all sides, what are American liberals supposed to think? If Israel is in the wrong it certainly makes sense for Orange to get out of its contract with Israel when it feels a clear financial benefit. Even the FIFA fiasco makes sense if Israel if public perception is that Israel is a racist Imperial power that unnecessarily kills Palestinian children. The argument is extremely skewed when people forget that a decade ago suicide bombers were killing Israelis an average of 2-3 times a week. I don't understand how this is lost in the argument. Just as I don't understand how people ignore that Israel was founded because most of the European Jews had been murdered in the Holocaust and the recent rise of anti-Semitism there clearly shows how unwanted the Jews are even today.

Aaron: And that's the whole point. The current boycotts and the anti-Israel movement in general is really not a rational one at all. On the normal political and socio-economic spectrum it makes no sense at all that so much of the world feels negatively towards us. The boycotts and threats of FIFA, or Orange, or any other business, only show an escalation of a growing consensus that Israel is harming the world. And this escalation is a small one if we really think hard as to what could come next. The issue in fact is not political, or reasonable in any way, and that's why we need to go much deeper to get to the root of it. You mentioned the Holocaust and its direct relationship with the existence of the state of Israel and how the world as a whole has as if forgotten this terrible atrocity. Its a real wonder, but then again it's a real wonder as to how this unimaginable horror happened to begin with and it is also quite unreal that the Jewish people, who had no interest in returning to what was at the time a desolate swampland, somehow ended up back in this tiny country smack dab in the Middle East. You would think we would be the good guys and underdogs in the eyes of the world, and that they would be praising the amazing progress we have made as a people after damn near complete annihilation, but we see this is not the case at all. Maybe there was a brief time when we returned to this land that the world saw us differently, but in general, we as Jews have never been viewed under the positive lens of the world that we are wishing for.

The nations of the world may think they are angry with us because of the Israel-Palestinian conflict, but this is not the case. As problems increase within every country's own borders be it the U.S., or France, or anywhere else in the world, for some odd reason the focus on this tiny Jewish land in a sea of Arab Nations only becomes greater and greater. Today it is threats of cutting off business or sports ties, and tomorrow, who knows what. Today the reason is Palestinian occupation, and tomorrow who knows. The nations themselves are not to blame for their attitude to Israel, and they do not know why they are so preoccupied with this tiny dot on the map. Israelis also do not know why, and our boasting of our achievements and the Arabs' lack thereof do nothing for us but cause more damage. But there are those who understand the whole picture very well, and they happen to be the very people that formed and maintained the nation of Israel for thousands of years. We survived many hardships far more difficult than boycotts, but we have forgotten how and for what reason they came to us.

The answer is quite simple. The nation of Israel is responsible for the happiness and well being of the entire world. We hold in our hands the means to connect all of humanity, every nation and people, as a single harmonious family. Simply put, we are responsible for teaching the whole world how to "love thy neighbor as thyself." We as Jews and Israelis have forgotten it, and the entire world is actually not aware of it, but they so subconsciously feel that we are thorn that keeps digging deeper and deeper into this world.

Jesse: I feel like I might be boring the people who read all my articles, but there is a single solution to correct all these problems. Not only anti-Semitism, but hatred generally. Unfortunately most people don't care to listen, but I feel compelled to shout it from the rooftops. I don't desire to blame anyone. All I want is for the world to understand that the force that prevents Israel and Palestine from connecting is the same ego that prevents neighbors and families for living peaceful happy lives. We need to invert our own desire into a desire to love others, feel their needs and care for them as we would ourselves. Whether you agree with this or not, you may feel incapable of achieving such a state. This is because our nature is to receive, to feel good. However we find especially in Israel that self-seeking only creates misery. This is because Israel has a specific role it is not fulfilling.

Israel is not really a nation (we don't share geographical or racial commonality), but an ideological state that our ancestors agreed to. We only reveal God and the Torah by choosing to live as one man and one heart. If all the people of Israel demanded this state of our ancestors, these boycotts wouldn't be happening. These boycotts, rockets, and the rise of anti-Semitism are inevitable when Israel doesn't make the conscious choice to work above our nature to fulfill ourselves as individuals. Only with a force of love and unification will the irrational hatred of Israel disappear. All we need to do is connect with each other one person at a time until this reality will reveal itself. If we do not, eventually we will see we don't have any other choice.