The highest praise Saul Bellow could give a fellow writer was to call his work "the real thing." After paying this compliment to the short stories of the young Philip Roth, Bellow explained that "When I was a little kid, there were still blacksmiths around, and I've never forgotten the ring of a real hammer on a real anvil." Similarly, he told Josephine Herbst why he loved her memoir of the Spanish Civil War: "Your piece goes along at first in a plain, truthful fashion and suddenly, without effort or engineering, becomes beautiful."

Bellow's recently published Letters give us a generous sampling of the literary judgments of a great writer, with private assessments of his own work as well as that of others. What emerges is a rich portrait of Bellow as an experimental innovator. Like such earlier modern experimental novelists as Virginia Woolf and William Faulkner, Bellow believed that novels should value realism above all, with careful observation and description of lifelike people and situations, rather than manipulation of symbolic themes or abstract ideas. He recognized that his own talent was for the concrete, as he noted in 1961, at the age of 46, "I have a certain feeling for reality."

Experimental writers tend to mature slowly, as they gradually develop both their ability to understand the world around them and the technique that allows them to record their perceptions of it. Bellow never had any doubt that he was a late bloomer. In 1948, at 33, he agreed with a friend's reservations about his second novel, acknowledging that "I am working toward something and have not yet arrived... I wanted to write before I had sufficient maturity to write as 'high' as I wished and so I had a very arduous and painful apprenticeship and am still undergoing it." More than 25 years later, in 1974, he reflected that his early training had served its purpose: "I learned, I paid my tuition most painfully. So I know how to transform common material." 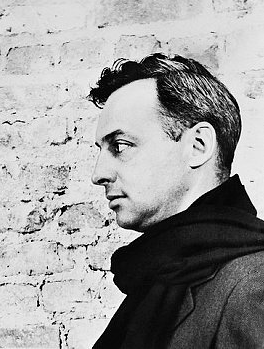 Like all experimental artists, Bellow struggled with endings, because he did not believe in facile messages or neat resolutions. In 1942, while working on his first novel, he wrote to a friend that "I don't know myself what the QED will be because I have not finished the demonstration... I think it will end with questions not answers." Like Faulkner, Bellow found that his short stories sometimes refused to end at all, noting in 1960 that "My stories aren't very successful. They always turn into novels, because one thing leads to another. I suppose I lack a sense of form." He strongly objected to planning novels. He wrote to Bernard Malamud that he was "against what you call the constructivist approach. A novel, like a letter, should be loose, cover much ground, run swiftly, take risk of mortality and decay." He warned Philip Roth against deliberately constructing stories around ideas: "I have a thing about Ideas in stories. Camus' The Plague was an IDEA. Good or bad? Not so hot, in my opinion." In 1955 he complained that American novels "pant so after meaning. They are earnestly moral, didactic... and they are, insofar, books of error. A work of art should rest on perception. 'Here' in other words, 'is my vision, be meaning what it may.'" He deplored "the passion for adding meaning to meaning in a work of art, and making meaning proliferate from ordinary incidents." His solution was simplicity: "we should require things to be simpler and simpler, greater and greater." Ideas should arise from literature, rather than being forced into it. So in 1958 he disagreed with Leslie Fiedler: "I think positions should emerge in a work of art, and you seem to think they're imposed... Ideology is of no use to us in refurnishing the empty house."

Bellow's personality emerges sharply from these letters: he is a perceptive and thoughtful guide to the literary world of his time. He is also admirable. He did not seek conflict, but he placed honesty above strategic diplomacy, and he did not hesitate to state his views even when they were unwelcome. In one striking instance, in 1956 the 41-year-old Bellow wrote to the older and more eminent William Faulkner, who had won the Nobel Prize six years earlier, rejecting Faulkner's request that Bellow join an effort to have Ezra Pound released from St. Elizabeths Hospital. In a statement notable for its moral clarity and courage, Bellow wrote of Pound that "If sane he should be tried again as a traitor; if insane he ought not to be released merely because he is a poet. Pound advocated in his poems and in his broadcasts enmity to the Jews and preached hatred and murder. Do you mean to ask me to join you in honoring a man who called for the destruction of my kinsmen?"

Aging experimental artists often suffer acutely from the frustration that comes from the difficulty of achieving their ambitious and imprecise artistic goals: the fictional painter Frenhofer in Balzac's The Unknown Masterpiece is a classic portrayal of a great experimental artist who became completely demoralized as he recognized the impossibility of achieving true realism. Bellow's pragmatism appears to have protected him from the worst of this. But he was not altogether immune, as in 1992, the 77-year-old Bellow confessed to Stanley Elkin that he was struggling with a loss of confidence in his writing: "I'm an old man, after all. I have to rethink, restructure, revise. I'm not even faintly myself when I'm not writing, and won't write as I formerly (in other lives) wrote. That isn't good enough. It isn't deep enough. Not sufficiently comprehensive. Doesn't satisfy the emotional hunger, the ultimate craving." Yet the evidence of Bellow's letters suggests that to the end of his life, he remained sensible, objective, and incisive in his judgments, no less of his own work that than that of others. In one of the last letters in this moving book, the 87-year-old writer offered a summary view of his own career, observing that "I've never stopped looking for the real thing; and often I find the real thing."