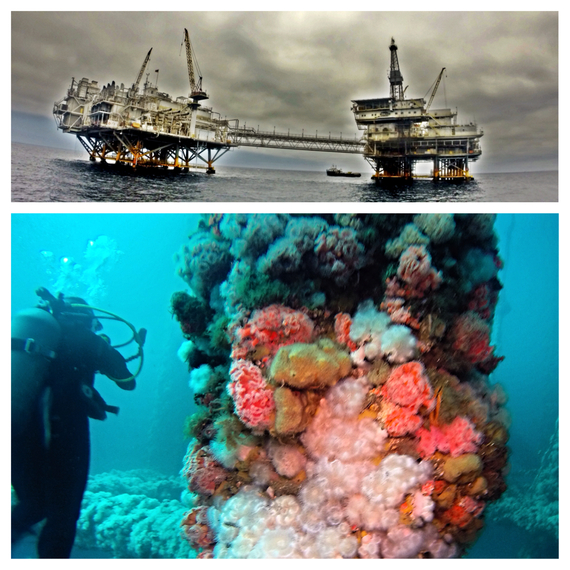 The useful lives of many offshore platforms in the Gulf of Mexico and off of California are approaching their end, which means more and more oil companies are being confronted by a perplexing question... how does one remove a platform the size of an Empire State Building from the open ocean? How feasible is it? How expensive will it be? Is there an environmentally friendly way of doing it?

Historically, platforms which are no longer being used have been left sitting idle, neither actively producing nor completely decommissioned. The ghosts of man's conquest for energy forgotten yet still apparent on the horizon. In 2010, to combat this 'idle iron', the U.S. Bureau of Ocean Energy Management set decommissioning timelines to specify the maximum number of years that the wells and structure are allowed to remain idle before they are required to be removed. This timeline is 5 years after the well was last pumped.

So how is an offshore platform decommissioned? There are several steps involved in the process which could take upwards of 2-3 years to complete, and create removal costs of about $4-$10 million for a shallow water platform (this does not reflect the cost of removing deep water platforms where the cost exponentially increases).

In order to prepare a platform for decommissioning, tanks, processing equipment and piping must be flushed, residual hydrocarbons disposed of and any remaining platform equipment, removed. Underwater, workers prepare the jacket facilities for removal, which includes removing any existing marine growth. Removing the jacket is the second step in the demolition process and the most costly. It includes using explosives, mechanical means, torches and/or abrasive technology to make the bottom cuts on the pilings 15 ft below the mudline on the sea floor. Then the jacket is removed either in small pieces or as a single lift, (a single lift is possible only for small structures in less than 200 ft of water).

From a fisheries perspective, any option in which the structure or its fragments are left on the bottom, has the potential to cause physical interference with fishing activities, such as entanglement. With a growing abundance of decommissioned structures functioning as artificial reefs, this problem requires special regulations for negotiating the inevitable conflict of interests and requires mapping the area to indicate the locations of platforms, underwater pipelines, and other structures left on the bottom. Interestingly, in a sort of 'catch-22' there are also noted benefits to the fisheries communities that come from converting the fixed marine structures into artificial reefs.

Through the Rigs-to-Reefs program, these offshore artificial reefs can be one of the most effective means of increasing the biological productivity of coastal waters by providing additional habitats for marine life. The offshore structures can undoubtedly attract many species of migrating invertebrates and fish searching for food, shelter, and places to reproduce. In particular, observations in the Gulf of Mexico revealed a strong positive correlation between the amount of oil platforms, growing since the 1950s, and commercial fish catches in the region- a critical point here was the use of static gear methods of fishing (e.g., lines and hooks) vs. trawl nets. Additionally, the areas around the platforms became popular places of recreational and sport fishing which significantly contributed to the total catch volumes. 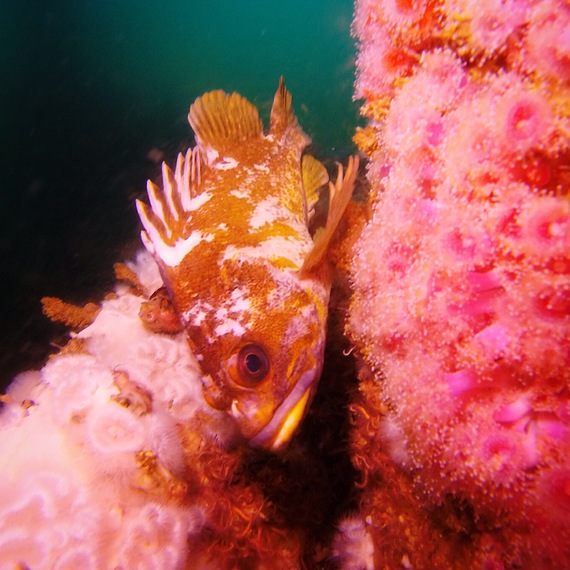 Currently, complete or partial removal of steel or concrete fixed platforms that weigh thousands of tons is practically impossible without the use of explosive materials. In most cases, bulk explosive charges have been used as a means to this end. These explosives have a very powerful, short-term impact on the marine environment and biota, which should not be neglected. For example, detonating a 2.5-ton (TNT equivalent) charge, would typically result in a mass of killed fish weighing about 20 tons. This number does not account for the passing school of herring that happens to pass through that zone, in which case the fish kill figure may be much higher.

The options of reusing abandoned platforms, their foundations, and other structures that are out of service have been actively discussed for the last 10 years, and the options for decommissioning vary widely. Another way these platforms have been historically repurposed, have been as permanently based marine research stations. Studies conducted there might include regulating local marine populations and coral reproduction, monitoring sea level, and collecting oceanographic and meteorological information from within the framework. Some other suggestions consider transformation of abandoned platforms into places for power generation using wind/wave and thermal. These platforms might also be used as bases for search and rescue operations or centers for waste processing and disposal. So with such a wide breadth of options... what would you do with your living Empire State Building?