Pictures can lie even at times when technology did not allow doctoring a photograph. To see how pictures can change the reality, and make the history, just take a look at before and after of an iconic photo taken by Elliott Erwitt unearthed in Magnum's "Contact Sheets" documentary. 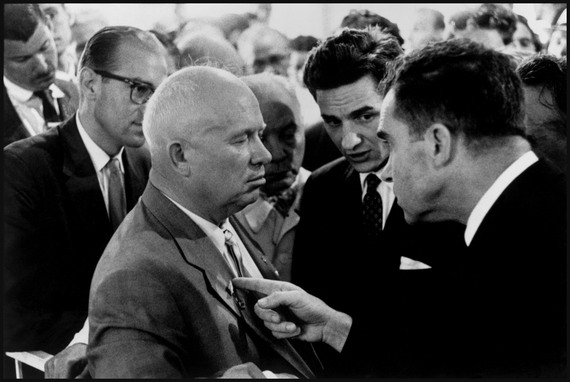 Shut in 1959 during the American National Exhibit in Moscow, the picture shows then U.S. Vice President Nixon as glowering at faint Soviet Premier Nikita Khrushchev with a poking finger in front of the crowds.

Americans then assumed that the two leaders are having a hot political debate and Nixon had silenced his opponent. After the photo used in his presidential campaign, Nixon gained an incredible reputation as the tough statesman that the U.S. desperately needs. 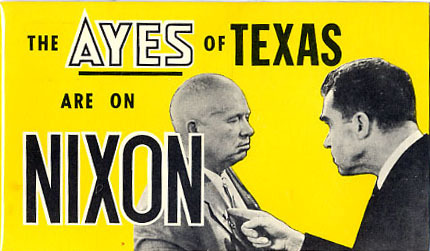 This single photo shoot paved the way for Nixon to the Republican presidential nomination the next year and eventually to the White House in 1968. 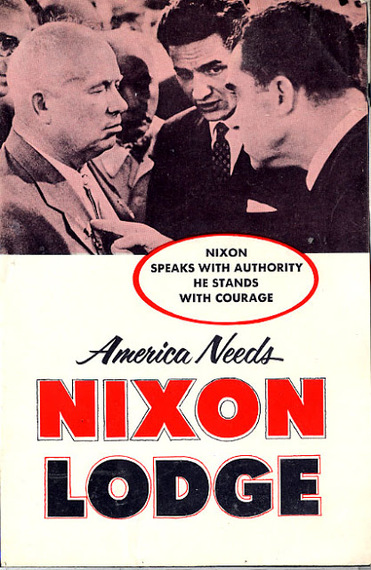 The illusion was Nixon standing up to the Soviets, where the reality was a bit different. The contact sheet revealing the "before" and "after" of the photo shows that the two leaders were not arguing at all. 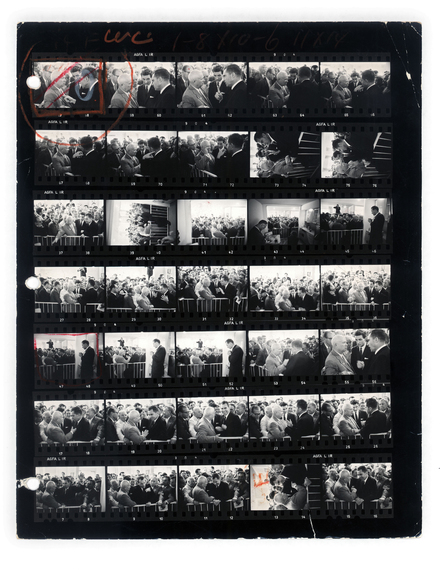 Instead, the contact sheets expose, they were laughing and having good time and from time to time also Khrushchev was poking at Nixon as well. Known as the Kitchen Debate, the conversation between the two leaders were in fact about cabbage soup versus red meat as the photographer Elliott Erwitt remembers in Contacts documentary.

After a two-year tour across the Europe, Contacts documentary at Istanbul Modern explores the creation processes of legendary photographs from Magnum Photos, one of the world's most prestigious photography agencies. Co-curated by Lorenza Bravetta and Gabriele Accornero, the exhibit brings together select works by world-renowned photographers, including Henri Cartier-Bresson, Robert Capa, Elliot Erwitt, Eve Arnold, Josef Koudelka, René Burri.

A contact print is obtained by exposing an image or a set of images against a single sheet of photographic paper of the same size as the negative. Often compared to an artist's sketchbook, curator Bravetta says, contact sheets are the photographer's first look at what he or she has captured on the film roll. In this sense, adds Bravetta, looking at contact sheets is like entering the photographer's secret thoughts. Contact sheets give clues on the extent to which the selected snapshot reflects reality.

Sponsored by BASF Turk as part of its 150th anniversary celebrations, 133 works by 58 artists that focus on the analogue age of photography can be seen until August this year in Istanbul.

The exhibition brings together works of art encompassing the visual history of over 80 years:

Robert Capa: US troops assaulting Omaha Beach during the D-Day landings in Normandy in 1944. 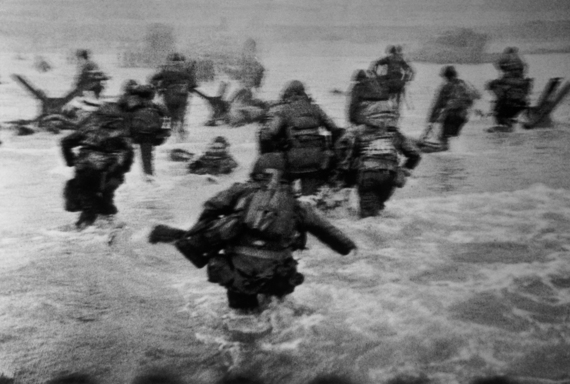 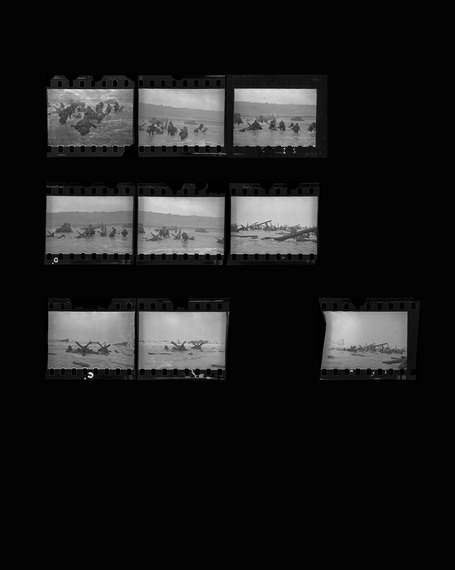 Stuart Franklin: The solitary protestor who stood in front of tanks in Tiananmen Square in Peking on the morning of July 5, 1989. 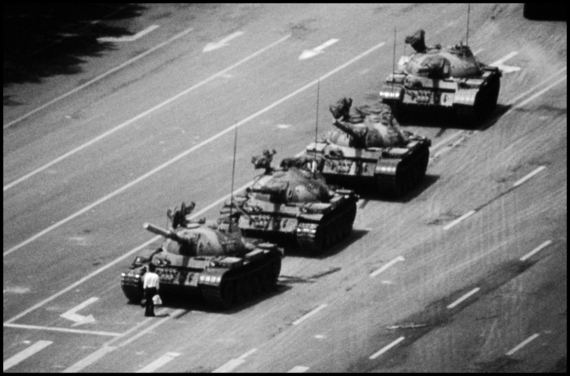 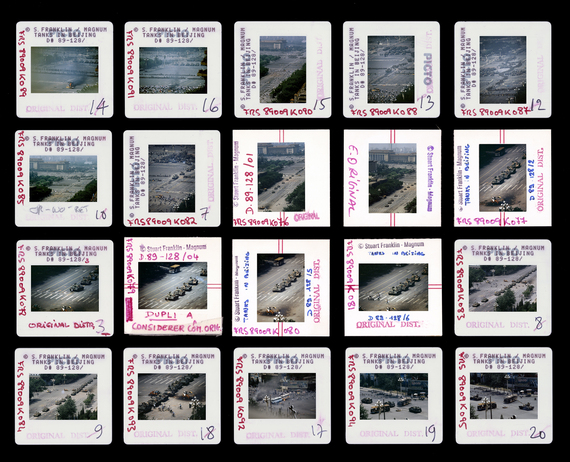 Thomas Hoepker: A group of young people in East River, New York, on the morning of September 11, 2001. 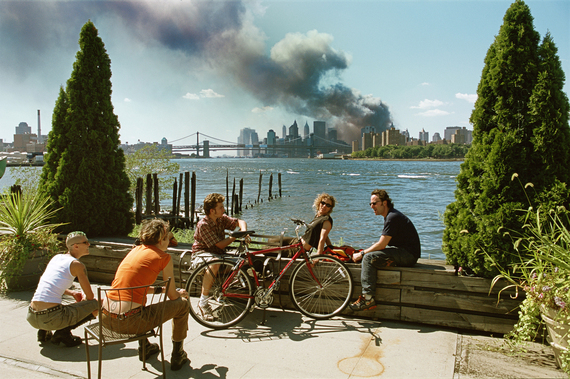 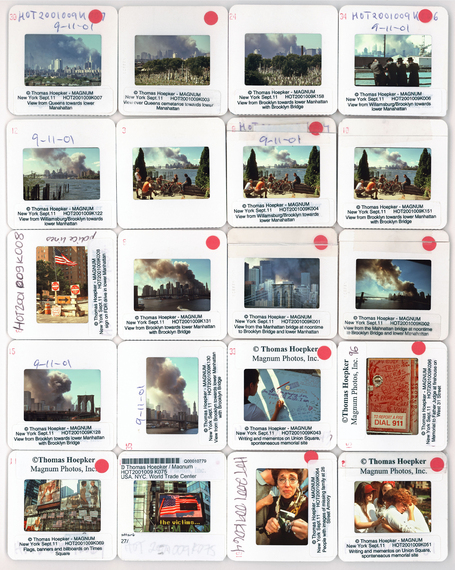 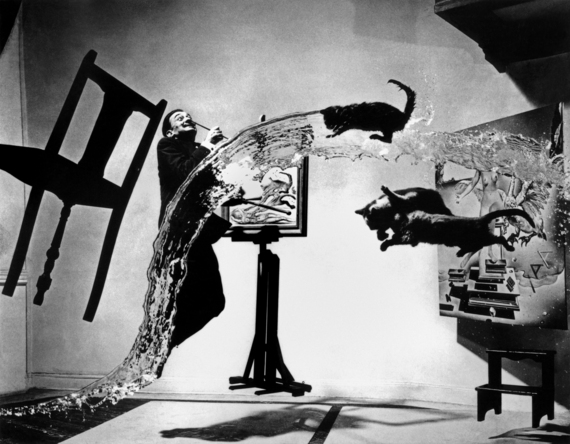 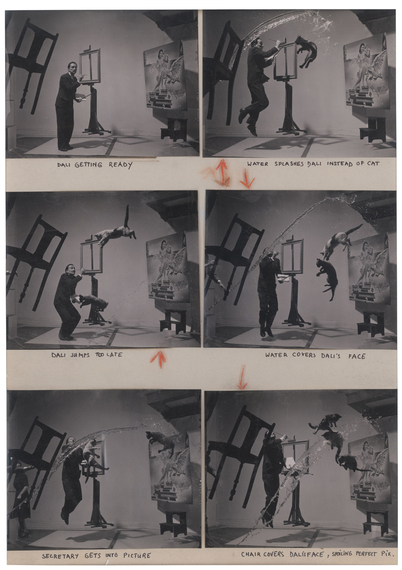 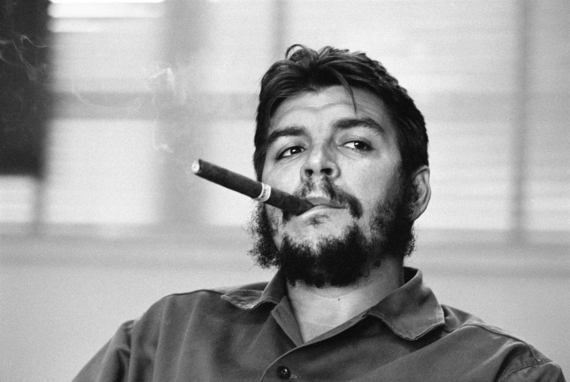 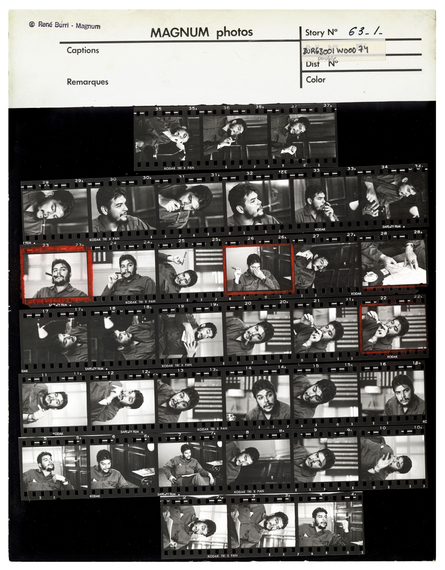