At 57, the Rev. Al Sharpton is a long way from the young, overweight firebrand and street activist, known for his perfectly coiffed 'do and his closetful of multicolored jogging suits — the provocateur whom some people wanted dead.

On a chilly January day 20 years ago, a drunken man with a steak knife stumbled through a mass of protesters in Bensonhurst, Brooklyn, and plunged it into Sharpton's chest. The man, Michael Riccardi, said at the time that he thought killing Sharpton would make him a hero in the neighborhood.

It was the bad old days of racial strife and violence in New York City, and Sharpton, a Baptist minister and local activist, had gone to the neighborhood with busloads of angry black protesters after the death of 16-year-old Yusuf Hawkins, who was beaten by a mob of whites and then shot.

Sharpton survived the stabbing, but the years that followed brought new character assaults and controversies: the aftermath of the Crown Heights Riots, the Freddie's Fashion Mart killings, his arrest while protesting on Vieques Island and tax issues related to his National Action Network.

Today he is a lean and dapper multimedia activist, who has carved out a public and political niche that few if any black activists have ever enjoyed. He hosts a daily talk radio show based in New York; leads the National Action Network, a social justice organization headquartered in Harlem that, since its founding in 1991, has seeded chapters in cities across the country, including Washington, D.C., and Atlanta; and more recently, has become the face of the cable news show "Politics Nation" on MSNBC. (He still has the perfectly coiffed 'do.)

"When I was a kid coming up, we'd say you can't talk to the man, but we are the man now," Sharpton told the Huffington Post on a recent afternoon as he readied to take the set of "Politics Nation." "I think, to me this is like the second part of my life."

Fans and critics are tuning in at 6 p.m. each night to see him on MSNBC, the left-leaning answer to Fox News and the Tea Party set. He's an avid blogger, tweeter and social networker, a hybrid activist/pundit with a platform that extends beyond his traditional black base and well into the mainstream.

"Twenty years ago, I was stabbed. I just started the National Action Network, and we were in the middle of trying to redirect what was going on [in society] at the time," he said. "Twenty years later I'm healthier," having gone from over 300 pounds at his heaviest to just over 175 pounds now, thanks to a healthier diet and daily exercise. And he said the financial issues related to his National Action Network, which had fallen behind on its taxes, have been resolved.

While other hosts at MSNBC, like Rachel Maddow, are unapologetic in their political opinions and have allowed them to color or direct their message, Sharpton's status there is quite different. Rarely has a major network handed over precious airtime to not just a non-journalist, but a non-journalist who is still very much a working activist and organizer.

"We are breaking the mold," Phil Griffin, the network's president, told The New York Times in September, when Sharpton took over the show from host Cenk Uyger. "Anything he does on the streets, he can talk about on air -- we won't hide anything."

Ratings for "Politics Nation" have grown ince Sharpton took over. According to TVNEWSER, "Politics Nation" was second in the ratings for cable news programs in its timeslot for both total viewers and viewers between ages 25 and 54 — behind Fox News Channel but ahead of programs on CNN and the Headline News Network. His ratings jumped from 655,000 viewers a night in October to 767,000 in November, according to Nielsen.

Sharpton also enjoyed access to President Barack Obama and the White House. While other black political and media figures like Tavis Smiley have used their platform to criticize President Barack Obama, Sharpton — who himself has run for Senate, for mayor of New York City and the presidency — has been an outspoken supporter.

"It is true that activists have not previously been given the kind of platform that Sharpton has," said Richard Prince, a blogger and journalist who covers blacks in the media on the website, Richard Prince's Journal-isms. "But neither have other activists transformed themselves into people with an inside track at the White House or become expert practitioners of the talk-show game."

Sharpton's transition to the political mainstream might also be an indicator of a move away from racial protest politics toward a generation of activists who don't see black issues in isolation from wider, systemic problems. "There's a philosophical power struggle going on in black America between the old-school protesters and the post-ideological pragmatists," the Rev. Eugene F. Rivers III, a senior policy advisor to the Church of God in Christ, told the Washington Post last year. "Al Sharpton learned more quickly than many others that the ascension of Obama meant the end of protest politics."

"Al Sharpton," he continued, "has grown from the premier politician of protest to the ultimate political pragmatist."

Sharpton said that back in the old days, "[he] could have never imagined meeting with senior-level officials and members of the president's cabinet, let alone that we would have a black president," Sharpton said. "It's like unreal, and then you get to the end of the year and MSNBC offers this deal — it's a situation that some of the older civil rights leaders never had."

"America has grown and I've grown," he said. "After a while, you take so many hits. And people after a while say, 'You know what? He wouldn't stay there if he didn't really believe in what he was doing. I've done 90 days in jail [for protesting on Vieques Island]. I've been stabbed. That didn't even happen to many people in the '50s or '60s."

He continued: "So yeah, you can take your shots, say I'm an opportunist. But no opportunist or someone seeking publicity is going to go through all of that."

Sharpton credits his mentor and father figure, James Brown, for giving him the confidence to be himself, no matter what.

Brown once told him, "If you continue to be faithful, sooner or later you'll break through," Sharpton said. So though he had for years been a thorn in the side of -- and pariah to -- the mainstream, Sharpton said that he kept fighting for what he believed in, very publicly and in his own style.

"I never wanted to lose my authenticity. You can make it and still be you. I didn't want to be someone else to make it," he said. "I still wear my hair the same way. I'm still the same Al Sharpton. You just mature."

He said that Brown, King, Rev. Jesse Jackson Jr. and a number of other activists paved the way for him.

Jackson, who first met Sharpton when he was just a boy, called his rise "the great American dream." Sharpton was preaching at the age of four and toured with the gospel great Mahalia Jackson.

"I met Al when he was 12 years old. Many kids his age wanted to play ball. He wanted to lead," Rev. Jackson said. "He was motivated and inspired; he took the long road. He didn't inherit anything. He earned it."

When Sharpton was 15, Jackson named him youth director of Operation Breadbasket, a program that worked to address employment issues in the black community.

"I have watched him grow," Jackson said. "And I am so very proud of him."

As Sharpton has evolved, so have his fights. He still rallies around social justice issues like the fight to save Troy Davis' life, police brutality and black unemployment. But, he says, "the fight now is for "the minds of the country."

"We're fighting the Tea Party and those energized by Fox News and Rush Limbaugh," Sharpton said. "The Edmund Pettus Bridge of today is Fox TV. We have got to continue to fight those on the anti-civil rights side."

He has situated a number of bright young minds to key positions throughout his National Action Network, including his daughter, Dominique, 24, as membership director and Tamika Mallory, NAN's executive director, whom he started grooming when she was 12.

"What I'm dealing with is not looking at the rear view, and looking at the windshield and the next 20 years," Sharpton said. "James Brown once told me that he wanted to leave when they still wanted him and that it's better to be missed than for people to feel that you are in the way. I hope that I'm out here a long time. I know that I have at least another decade, and I'm going to ease off before they say, 'He needs to get out of the way.'" 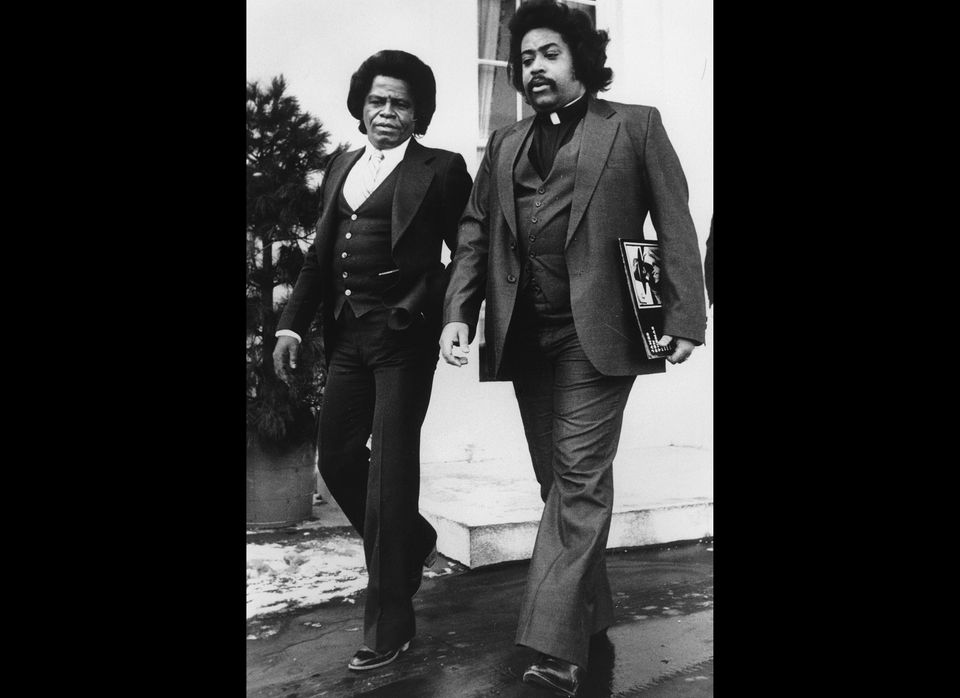