The ubiquitous world of marketing is ever emerging and evolving. In fact, one might argue that those charged with the responsibility of influencing the consumer do not have the luxury of standing still for if they do, the trends, the trendy and the trending will simply trample them.

Understanding the world we live in and more importantly, the way in which both the individual and collective consumer feels a part of it is at the core of both the branding solution and conundrum.

Case in point, on the digital highway, specifically social media, what exactly would a roll of toilet paper have to say that would be compelling enough that anyone would listen? One brand does it with humor encouraging people using the power of the hashtag #tweetfromtheseat.

Only one example of taking creative branding to the next level it certainly highlights the reality that on the marketing superhighway fast reflexes and a willingness to take the road less traveled is imperative at a time in history when the consumer has become super savvy.

Perhaps the answer in the future of branding is actually the deconstruction of the entire concept. Perhaps the model of connecting to the consumer is itself in need of rebranding

As early as 2012, the real estate market understood that the luxury housing market had stagnated in creative marketing ideas. The genesis of a new idea emerged from an understanding that the luxury home buyer was bored and wanted something that would truly set them apart from those purchasing homes at a lesser price point. The branded house designed and inspired not always by architects but by Fashionistas, Stylististas, and celebrities lending their branded name to everything from the furniture to the appliances was a huge success.

The real litmus test is in bringing it down to ground level and infuse a new life into brand loyalty. How can the lived experience be shared with key stakeholders and consumers based on immersion and interaction with a product and brand?

The concept of the branded house is being tested by public relations and marketing firms who have put their own twist on brand immersion. The result, a fully branded home/experience open to journalists, influencers and consumers alike. They are not paid; there are no expectations other than full brand immersion and a willingness to come away from the experience with an experience.

It is a leap of faith, it is an investment but it certainly has the potential to reinvigorate and more importantly redesign branding, as we know it.

Does it work? Boston-based PR firm founded by Len Cercone and Erika Brown created CBC Houses based on a simple premise:

What would happen if you could assemble a group of the country's most influential journalists and invite them to stay at a home in an idyllic setting and live for three days with some of the best new products available? The CBC House programs do just this. Each house hosts five to ten journalists for three-day consecutive sessions over a total period of two -- three weeks. The result? A total immersion in the brand and the culture and lifestyle that surrounds it. 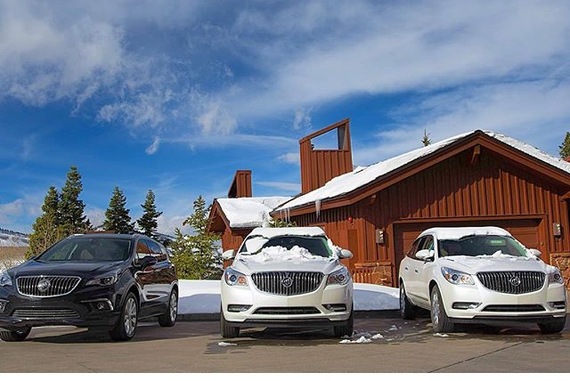 Marketing genius or marketing madness? While CBC asserts there are no expectations that any editorial will be generated from the visit they are taking a well-calculated risk, as there is as much a risk of negative buzz as there is for the potential payoff of some positive name-dropping.

The age of tag-lines, catchy commercials and celebrity endorsements has not totally disappeared but from the ashes and expensive lessons learned rises the iconic mythical Phoenix and as she spreads her wings and takes flight the world of marketing, branding, rebranding and engagement with the consumer will never be the same.