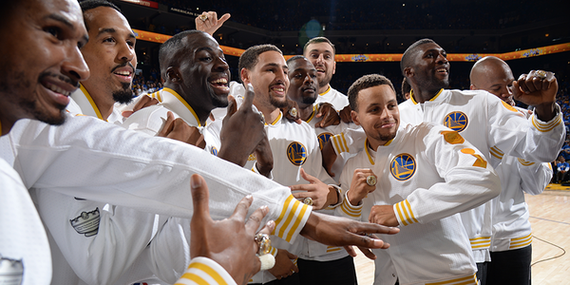 The usual fanfare surrounding this team made its final stop last night at Oracle Arena. The reigning NBA champs got their championship rings to kickoff the NBA season. The diamond encrusted hardware is the last piece of a complicated puzzle that no one expected. But the Warriors shocked the world when they defeated every opponent including LeBron James and the Cleveland Cavaliers to claim the unprecedented victory.

"This is an unbelievable day," said Stephen Curry. "I got kind of goosebumps kind of reliving all the moments that we had.

More than four months after Golden State held their parade in Oakland where 1.5 million fans attended. They raised their first title banner in 40 years in front of a sellout crowd before last night game against the New Orleans Pelicans. It was a reminder of the accomplishments and hard work that went into a long season that awarded a season MVP to Curry, a winning streak and a championship title. 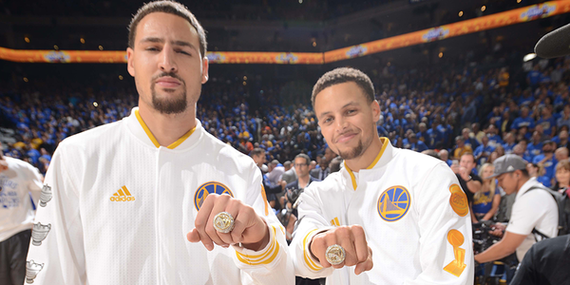 But once the ceremony was over things got back to normal. Curry dropped 24 points in the first quarter and finished the night with 40 points. Former top assistant Alvin Gentry watched on the opposite side of the bench as his team fell to the champs 111-95. He also received his championship ring prior to the game. The Pelicans were the team the Warriors faced in the first round and not to much has changed since then.

"Some of those shots that Steph made, it doesn't matter who's out there, that's just who he is," Gentry said.

It didn't matter that no other Golden State player scored more than 13 points while Curry exploded last night making shots all over the floor. The NBA's MVP put on shooting clinic hitting seven of nine shots with four 3-pointer in the first quarter. He continues to get better and there's no doubt Curry is becoming one of the best point guards to have ever played in the NBA. But for now, it's only one game and they have 81 more to go.